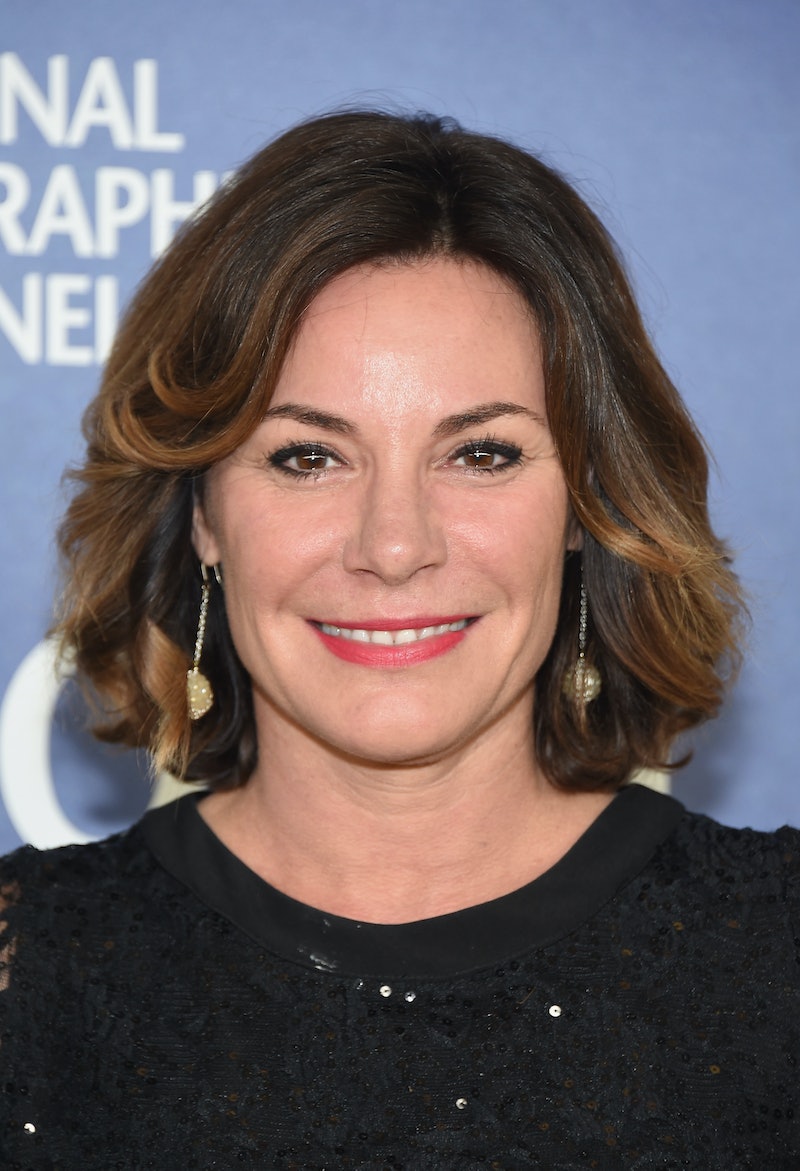 Falling in love in the Big Apple can sometimes turn out rotten. Real Housewives of New York's Luann D'Agostino announced her divorce from Tom D'Agostino, Jr. via Twitter on Thursday, Aug. 3. "It's with great sadness that Tom & I agreed to divorce," she wrote. "We care for each other very much, hope you respect our privacy during this sad time!"

The sad news may not come as such a shock to loyal RHONY fans, since the couple's relationship ups and downs were a big plot point on both the current and previous season of the show. Despite doubts from fellow Housewives, Luann told her costars, "I'm totally, 100 percent sure about Tom, and that's all that matters" on the May 24 episode.

The couple married about seven months ago on New Year's Eve in Palm Beach, Florida on Tom's 50th birthday. Their wedding was featured on the current season of RHONY, following many failed attempts from fellow Housewives to get Luann to rethink things.

Regardless of the gossip that plagues the on-screen friendships, at the end of the day the Housewives are there for each other in their time of need. Check out the reactions to Luann's unfortunate news — and check back for more reactions as they come in.

Ramona also told E! News, "My heart breaks for her. Luann went into this wanting to make it work. I've never seen her happier."

The only current NY Housewife who attended the D'agostino wedding, Dorinda told E! News, "It's always sad when a marriage doesn't work out. I wish the best for both of them."

Morgan also offered her support in a statement to E! News: "I told Luann I'm there for her whether this worked out or not and here I am. Men come and go, and at the end the day, we have our girlfriends, don't we? I wanted it to work out, but I want her to know I'm here for her."

Former RHONY Housewife Bensimon told Us Weekly, "I love you, Lu. We are friends forever and I support any and all decisions you make."

They may be shady on the show, but heartbreak is no joke to any of the Housewives.