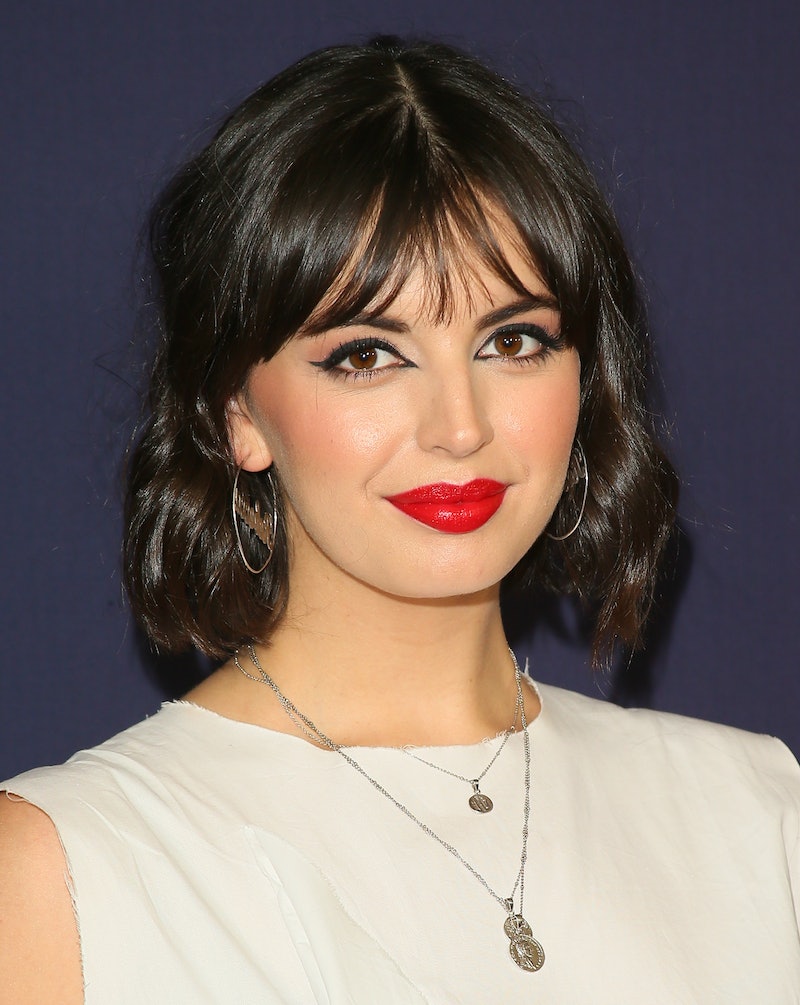 In 2011, Rebecca Black stormed onto the scene with an anthem about the joy of Fridays. The song failed to launch her into pop superstardom, but undeniably cemented itself into pop culture, and her life changed forever. On Monday, Feb. 10, Rebecca Black reflected on "Friday" nine years after the infamous song went viral online, and addressed the toll that it took on her life in an emotional Twitter post.

"9 years ago today, a music video for a song called ‘Friday’ was uploaded to the internet," she wrote. "Above all things, I just wish I could go back and talk to my 13-year-old self who was terribly ashamed of herself and afraid of the world." Immediately after the song was released, "Friday" sparked ire online for its use of autotune and clunky, inane lyrics, while the video was ridiculed for its awkward set-ups and choreography. However, the song also inspired many memes, with the lyrics reaching near-iconic status thanks to their undeniable catchiness.

As reported by Entertainment Weekly, the video reached 166 million views before getting removed amidst legal disputes between Black and the production company, Ark Music Factory. The re-upload is currently at 139 million views, but also has 3.6 million dislikes compared to 1.1 million, signaling the song's polarizing nature to this day.

Still, Black spent the following years attempting to distance herself from "Friday" with multiple other singles and endeavors. She even learned to poke fun at the situation, even releasing a "Friday" sequel entitled "Saturday" in 2013. Looking back now, the singer admitted to suffering from depression and bullying due to the blowback. "To my 15-year-old self who felt like she had nobody to talk to about the depression she faced," she wrote. "To my 17-year-old self who would get to school only to get food thrown at her and her friends. To my 19-year-old self who had almost every producer/songwriter tell me they’d never work with me.”

She ended her post on a positive note, encouraging followers to not let any one thing get them down. “I’m trying to remind myself more and more that every day is a new opportunity to shift your reality and lift your spirit," she said. "You are not defined by any one choice or thing."

After receiving an outpouring of support for her post online, Black returned to Twitter to thank followers for the love. "I am just so blown away and confused and grateful at the messages you guys have been sending to me in response to this," she said. "I could have never imagined support like this. [Thank] you a million times I just wanna cry!! (happily!!!)"

More like this
Britney Spears Shares & Deletes Photos Of Justin Timberlake From 22 Years Ago
By Jake Viswanath
The Jonas Brothers' New Album Has A Very Meta Name
By Alyssa Lapid
Cruz Beckham Teased New Music With An Adorable Nod To Mom Victoria Beckham
By Stephanie Topacio Long
The Spice Girls Are Set To Reunite At King Charles III’s Coronation
By Sam Ramsden
Get Even More From Bustle — Sign Up For The Newsletter
From hair trends to relationship advice, our daily newsletter has everything you need to sound like a person who’s on TikTok, even if you aren’t.