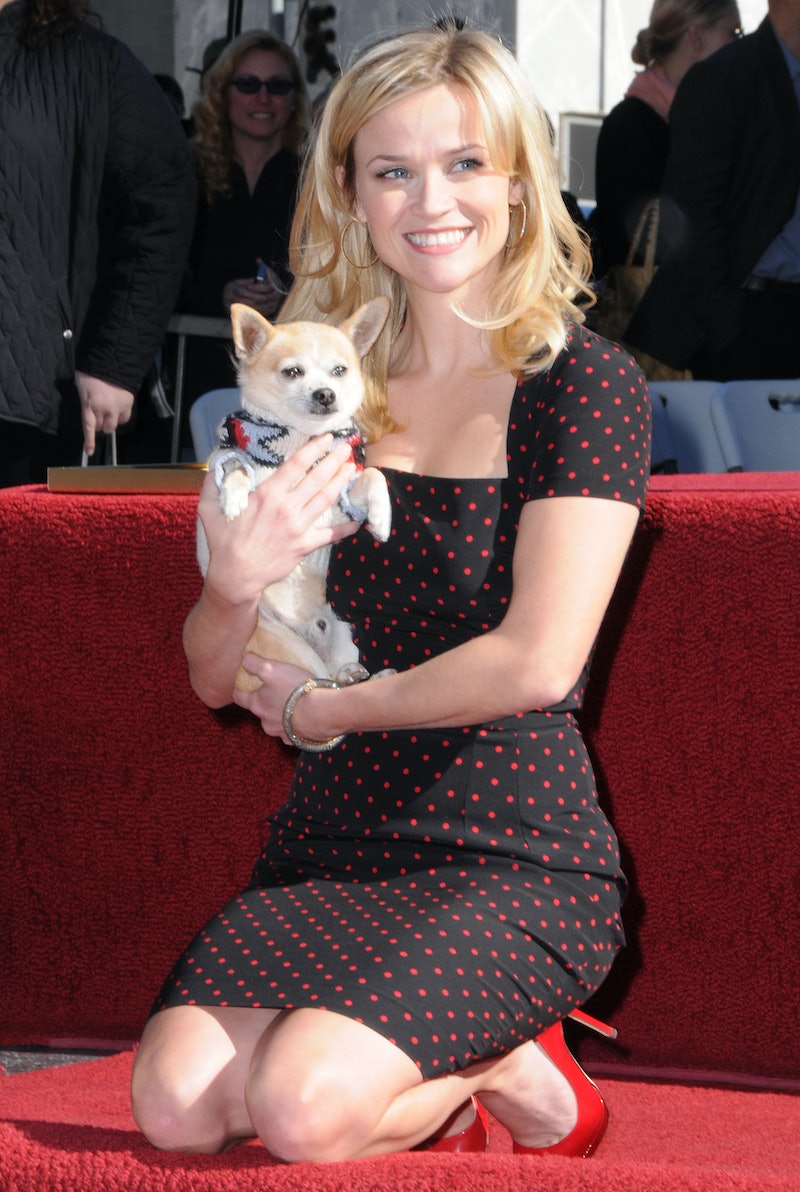 Could you imagine a world where Reese Witherspoon wasn't the iconic Elle Woods? Well, that was very close to being our reality. Reese Witherspoon almost wasn't cast in Legally Blonde, and in order to land the role, she had to prove that she was sexy enough for it. The revelation came from the actor's new interview in The Hollywood Reporter, published on Wednesday, Dec. 10, in which she reflected on the arduous, and at-times compromising, process of becoming Elle Woods.

Despite delivering an eye-catching performance, Witherspoon revealed that her role as Tracy Flick in Election almost cost her the part in Legally Blonde, as studio executives initially type-casted her as the cutting and ultra-confident girl she played in the 1999 film. “They thought I was a shrew," she said about the execs. "My manager finally called and said, ‘You’ve got to go meet with the studio head because he will not approve you. He thinks you really are your character from Election and that you’re repellent.’ And then I was told to dress sexy."

Now, she looks back at that moment and winces at those instructions, which would not be as acceptable today. "It’s funny to think of all the things we were told to do back then," she continued. "Now you’re thinking, ‘Oh God, if somebody told my daughter to do that, she’d be like, I really hope you’re joking.'"

Witherspoon also had some apprehensions about the film herself. Film producer Marc Platt, who pushed her to audition, explained that she was initially worried that the film would be too close to Clueless. She wanted to make sure Elle Woods was different from Cher Horowitz. "I literally said to her, 'I want Elle to be a role model'," he explained to THR. "I wanted my daughters to watch her and think that they can live in a world where they can do anything."

Of course, Witherspoon persisted, surviving multiple auditions to win the role, even showing up in character. "I remember a room full of men who were asking me questions about being a coed and being in a sorority," she said. "Even though I had dropped out of college four years earlier and I have never been inside a sorority house."

Now, she's looking to the future of Elle Woods, as she's currently at work developing Legally Blonde 3. Though she had no concrete details to share, she told THR that she was interested in discovering "what age means to that character" now that she's in her forties. Earlier this year, during an appearance on The Ellen DeGeneres Show, the actor hinted at what the new film could entail. “I mean it's sort of about women being underestimated," she teased. "Things have changed, but not that much has changed.” Given her gift of inspiring women, look for Elle Woods to keep girl power going.

More like this
Reese Witherspoon Gave Fans Hope For 'Legally Blonde 3' After This Surprising Movie Inspired Her
By Jake Viswanath
22 Movies On Netflix That Are Perfect For The Whole Family
By Bustle Editors
Jennifer Coolidge Needs 'Legally Blonde 3' To Happen So She Stops Getting Hot Dog Jokes
By Jake Viswanath
Before 'Bullet Train,' Revisit These Brad Pitt 'Fight Club' Premiere Photos From 1999
By Grace Wehniainen
Get Even More From Bustle — Sign Up For The Newsletter