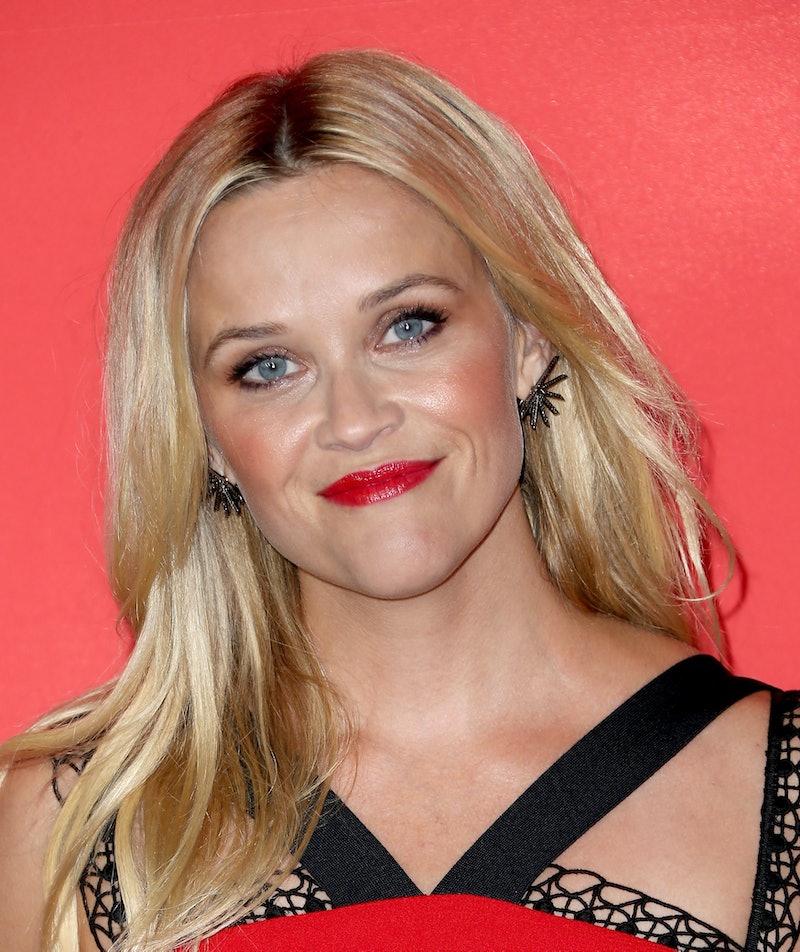 In an essay published by Glamour onTuesday, Reese Witherspoon writes about ambitious women and how they are often received negatively. Witherspoon is obviously a talented actor and producer whose drive continues, despite the struggles she and other women face daily. She's found success through being ambitious, even when it's hard, and is trying to help other women do the same. One of her major tips? Don't worry about being liked by everyone.

"As moms, we have a unique opportunity to keep changing this attitude that ambition is an ugly quality in women. That it makes you unlikeable," she writes.

It's true. Far too often, hardworking women going above and beyond the call of duty aren't respected, nor are they taken as seriously as men with ambition. As Witherspoon notes in her essay, "There was a Columbia University study that concluded that a woman with ambitious traits seemed selfish and less worthy of being hired than a man with the same traits, which made me wonder, What the heck is wrong with being ambitious?"

As she declared in her speech at Glamour's 2015 Women of the Year Awards, which inspired her essay, ambition isn't a "dirty word". And the 41-year-old is here to help change the way ambitious women are viewed, in part by encouraging women to continue being themselves and letting them know that it doesn't matter if someone doesn't find you "likable."

"What is likable anyway? I’m allergic to that word. (Personally, I like to sit next to the most irreverent person at a party…that’s what I find likable!)" the A Wrinkle in Time actor writes.

It's funny to think about Witherspoon having to think about being likable, because she is one of the most beloved celebrities out there. However, that's not what she's trying to get across. The point she's making is that women, including herself, aren't here to please anyone in order to be further their achievements, nor should they have to. A woman shouldn't have to focus on being liked in order to be successful; she should be successful because of her drive, hard work, and talent.

"We have to do our part to change the idea that a woman with passion and ambition is out only for herself," the Big Little Lies actor writes. "So talk to your kids about ambition as a positive trait in men and women."

Would it be easier for women if their ambitions were seen as likable? Of course and hopefully that will change. Until then, thankfully women have someone like Witherspoon. Not only is she advocating for women with her production company (which has created more roles for women in front of and behind the camera) and by starring in movies made by women, but by showing them as along as they fight for themselves despite the negativity sent their way, they can do great things.

More like this
Adele’s All-Female Lineup Includes Kacey Musgraves, Mahalia, & Self Esteem
By Shahed Ezaydi
Tamra Judge & Vicki Gunvalson Gave A Hopeful “Tres Amigas” Update
By Brad Witter
What Is the Net Worth Of Each 'Stranger Things' Season 4 Cast Member?
By Hugh McIntyre
These 10 Wild Real Housewives Fights & Moments Are Andy Cohen’s All-Time Faves
By Grace Wehniainen
Get Even More From Bustle — Sign Up For The Newsletter