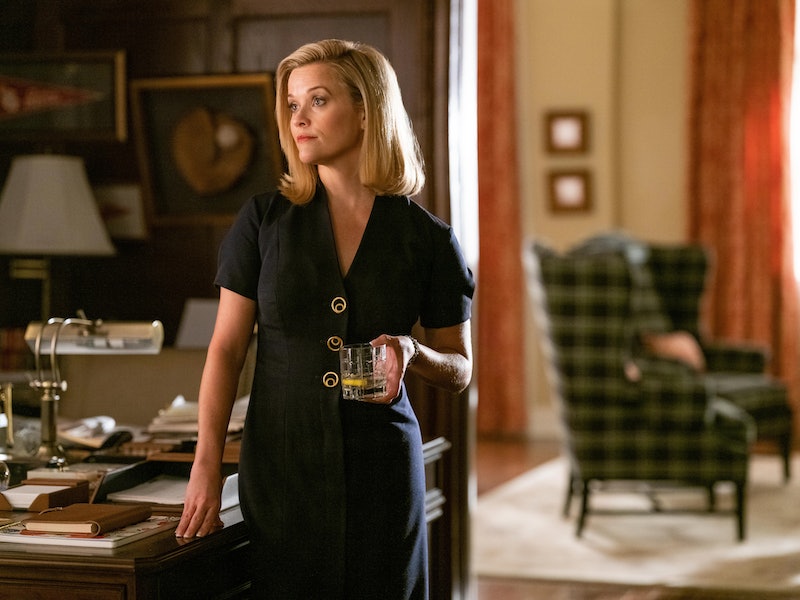 Little Fires Everywhere takes place in Shaker Heights, Ohio and the town is just as much of a character in the story as Monterey, California was in Big Little Lies. The people who live in this version of Shaker Heights are deeply privileged, often unable to see that, and take pride in meaningless things lawn height. Witherspoon's character Elena is just an even more intense version of Madeline from Big Little Lies. As Witherspoon described Elena to Vanity Fair:

"She has a deeply embedded lack of awareness of her privilege. She's constructed a life that’s impervious to the world she lives in. She’s so comfortable in her social standing and her wealth that she feels entitled to analyze anyone outside her sphere but never takes a hard look at her own shortcomings."

Just like in Big Little Lies, Little Fires is overrun with secrets and mysteries. Hulu's show opens with Elena's house burning to the ground and the realization that it was intentional. Viewers are left to wonder who set the house ablaze and why. Kerry Washington's character Mia is also hiding secrets of her own — even from her daughter — about her past and why they're always moving from town to town. The first three episodes that dropped on March 18 dangle loose ends and questions over fans' heads about the fire, Mia's nightmares, and more.

However, Little Fires stands apart from Big Little Lies in some major ways. It's a period piece that's set in the late '90s, for one, and it also gives equal attention to both the mothers and the children in the series — whereas Big Little Lies prioritized the adult stories. Showrunner Liz Tigelaar told The New York Post, "The adult and teenaged stories are of equal importance ... We loved the rootedness of this town and that the kids were repeating the lives of their parents."

Little Fires is also equipped to better comment on the racial divide in Shaker Heights, something that Big Little Lies struggled to do with its own privileged town. Washington's character Mia was white in the novel but is black in the show, allowing for dialogue about race to come from both sides of the equation. Elena's character is constantly making remarks that she doesn't see as an issue, but when juxtaposed with Mia's reactions, the audience comes away understanding the deep white privilege issues within Elena's family and the town at large.

Unlike Big Little Lies, which expanded from a limited series to two seasons, the Little Fires showrunner isn't going to go beyond this season. "I see it as one and done," Tigelaar told the Post. "I do feel like things are burnt to the ground." So Big Little Lies fans will want to check out Little Fires Everywhere and enjoy every moments of its nuanced, but familiar storytelling before it's over for good.

More like this
Netflix Shut Down 'Bridgerton' S3 Rumours About A “Very Dark” Storyline
By Bustle
Here’s What Happens To Bill & Frank In 'The Last Of Us' Video Game
By Brad Witter
Everything To Know About A Potential 'Lockwood & Co.' Season 2
By Gretchen Smail
Helena Bonham Carter Doesn't Think 'The Crown' “Should Carry On"
By Sam Ramsden
Get Even More From Bustle — Sign Up For The Newsletter
From hair trends to relationship advice, our daily newsletter has everything you need to sound like a person who’s on TikTok, even if you aren’t.