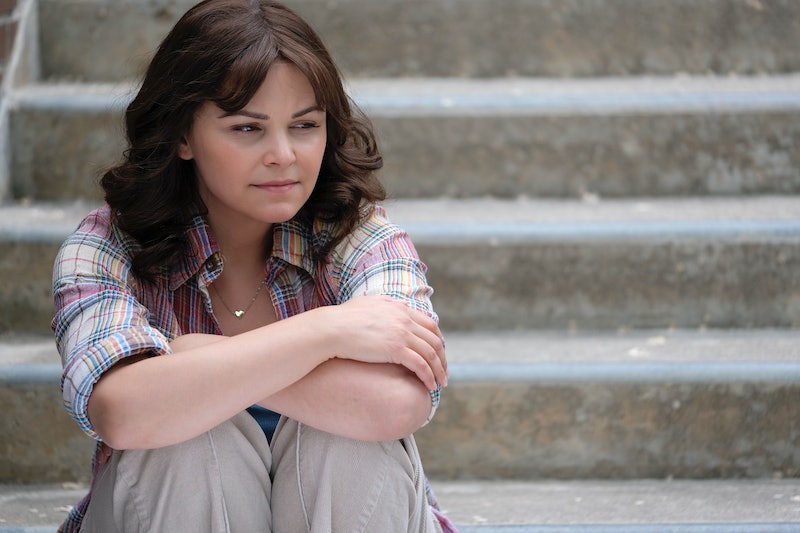 Lifetime’s new movie I Am Somebody’s Child, premiering April 20, is the real-life story of Regina Louise, an author, coach, and motivational speaker who went through over 30 foster care homes and psychiatric wards. Regina, a Black girl, was abandoned by her parents and suffered abuse until she met Jeanne Kerr, a White counselor at a children's shelter, in 1975. Sadly, Jeanne and Regina were ripped away from each other after an adoption request was denied because of prejudices against transracial adoption. Now, with their story being told by Lifetime, many people want to know more about Regina Louise’s mom Jeanne and how she reconnected with her long-lost daughter.

Unlike her public figure daughter, Jeanne Kerr (now Taylor) lives a pretty low-key life outside of the spotlight. After she lost contact with Regina, Taylor married a military man, had a son, and moved around to several towns before settling in Alabama, per LA Times. Shortly after Regina’s memoir “Somebody’s Someone” was released in 2003, the author accidentally used Jeanne’s real name during a Bay Area interview. The clip was seen by a woman who worked at the shelter and she was able to track down Taylor.

The same article revealed that Regina soon received an email with the subject “I am so proud of you, sweetheart,” a phone number, and a signature from someone named Jeanne. The author called the number and recognized Taylor’s voice as they reunited for the first time in years. Taylor told Regina that she never stopped loving her over the years because she was her child.

They caught each other up on their lives and, during their second phone call, Taylor asked Regina if she wanted to be adopted. It was a somewhat unusual request considering that Regina was a 41-year-old woman with a son, but she was thrilled to finally call someone Mommy.

According to Regina's Narratively memoir, they met face to face weeks later in New York and exchanged embraces and gifts, which included a photo album that Taylor kept of their best memories. And, in November 2003, Jeanne Taylor adopted Regina Louise in the exact same California courthouse that denied her request years ago. Taylor’s husband and son Christopher, Regina’s son Michael, and her partner Stevie Anne stood by their side and pledged to be family. Regina legally changed her last name to Kerr-Taylor and they have been a loving, happy family since that day. So many of these stories likely exist, but thankfully this one came full circle for a wonderful ending.

Lifetime recently shared a touching video of Regina and Jeanne in recent times as they reminisce on how they finally became a family. Jeanne lovingly held her daughter’s hand as she told her story.

Taylor is certainly the kind of person that every child who has been abandoned, abused, or neglected needs in their lives and now the world will get to see how her love changed on child's life. Watch I Am Somebody's Child on April 20 at 8 p.m. ET.