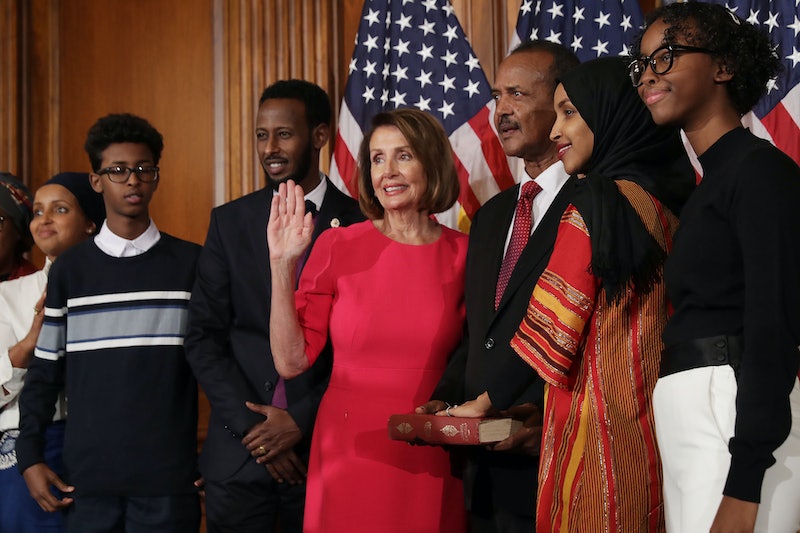 Jan. 3 marked the beginning of the 116th session of Congress — and it ushered in some history-making moments. Indeed, with the advent of the 116th session, religious diversity in Congress is mirroring America more and more. While Congress is still more Christian than the American population, the new Congress has the highest number of non-Christian members than any other modern Congress, the Pew Research Center noted.

Though Christianity remains overrepresented, Congress is making some inroads. Pew noted that, as of Jan. 3, Congress has one more Muslim member, four more Jewish members of Congress, one more Unitarian Universalist, and eight more members who did not state their religious affiliations. Notably, the first two Muslim women to ever serve in Congress, Democrats Ilhan Omar of Minnesota and Rashida Tlaib of Michigan, were also sworn in on Jan. 3, VOA reported.

After producing a similar study last year, Gregory Smith, an associate director of research at Pew, told the New York Times in January 2017 that it was difficult to pinpoint exactly why Christianity remains overrepresented in Congress, despite growing religious diversity among Americans. However, he did note that a candidate's religion appears to be an important consideration for Americans when they head to the ballot box.

“Lots of Americans tell us, with respect to the presidency, that it’s important to them that the president share their religious beliefs," Smith said to the paper. The New York Times also noted that a survey released by Pew in 2016 found that around 50 percent of Americans indicated they would be less likely to vote for a presidential candidate if the candidate didn't believe in God.

Overall, Congress is slowly making progress when it comes to having diverse religious representation that is more reflective of the American population. However, this increase in religious diversity seems to primarily be associated with one party — the Democrats. As New York magazine reported, as the 2020 presidential campaign season approaches, you might wonder whether or not some candidates will incorporate faith-based messages into their campaigns, including those regarding the value of religious diversity.