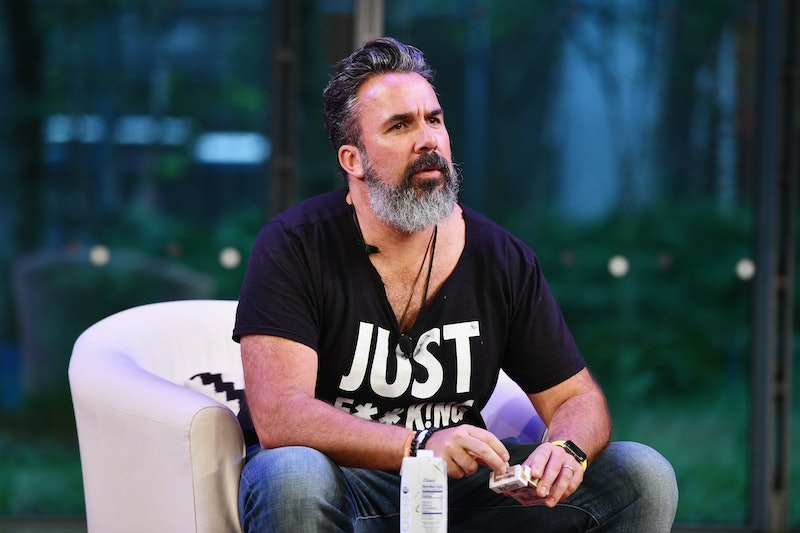 The House Judiciary Committee's first hearing on gun violence in nearly a decade got heated on Wednesday. Florida GOP Rep. Matt Gaetz asked to have Manuel Oliver — whose son Joaquin "Guac" Oliver was killed in the Parkland, Florida, shooting in 2018 — removed from the room after Oliver strongly objected to his proposal for curbing gun violence.

Oliver was in Washington D.C. for President Donald Trump's State of the Union (SOTU) address as a guest of Florida Democratic Rep. Ted Deutch on Tuesday. He attended the hearing on Wednesday, too.

According to a C-SPAN video from the hearing, Gaetz had claimed that background checks on firearm sales wouldn't fix gun violence in the country, but that building a border wall would be the apparent solution. "I hope we do not forget the pain and anguish and sense of loss felt by those all over the country who have been the victims of violence at the hands of illegal aliens ... a wall, a barrier on the southern border may have [stopped such violence]," Gaetz said, without mentioning that the Marjory Stoneman Douglas high school shooter was born in Margate, Florida.

This elicited outcry from Oliver, who was seen sitting in the audience next to Fred Guttenberg and Andrew Pollack, two parents who also lost their kids in the Parkland shooting. Guttenberg told The Sun-Sentinel that Oliver yelled "that's not true" at the Republican lawmaker.

Following some back and forth, Gaetz requested Oliver to be removed from the room for "interrupting" his speaking time. Oliver remained in the crowd then, but got a warning from Chairman Jerrold Nadler, who told Oliver that "vociferously" responding to a member's views was not allowed.

At one point, Rhode Island Democratic Rep. David Cicilline also asked Nadler a question that appeared to be in regard to Gaetz's comments. "Is there any committee rule that prevents a member of Congress from reciting false statements in a committee hearing that are unsupported by evidence?" Cicilline asked.

Cicilline's pointed question won applause from the audience, including a standing ovation from Oliver and Guttenberg. Nadler told Cicilline that while he did not know of such a rule, he noted that members of the Congress were allowed to refute their colleague's false claims on their own allotted time. "If a member makes a statement that is not born of facts," Nadler explained, "it is the prerogative of another member — when his turn comes — to comment on that."

Gaetz later asked the chairman, while pointing at the direction of Oliver's seat, "Is there a process in the committee whereby, if the very same people are repeatedly interrupting the time of the members, that those people will be asked to depart the committee?"

"I’d observe three interruptions of my time by the same individual," Gaetz added, "and that the chair is not utilizing its discretion to remove that individual."

Wednesday's was the first gun violence hearing that the House Judiciary Committee held in eight years. Although the chamber attempted to have a similar hearing in 2017, it had to be canceled due to a shooting at a GOP congressional baseball game in Alexandria, Virginia, at the time.