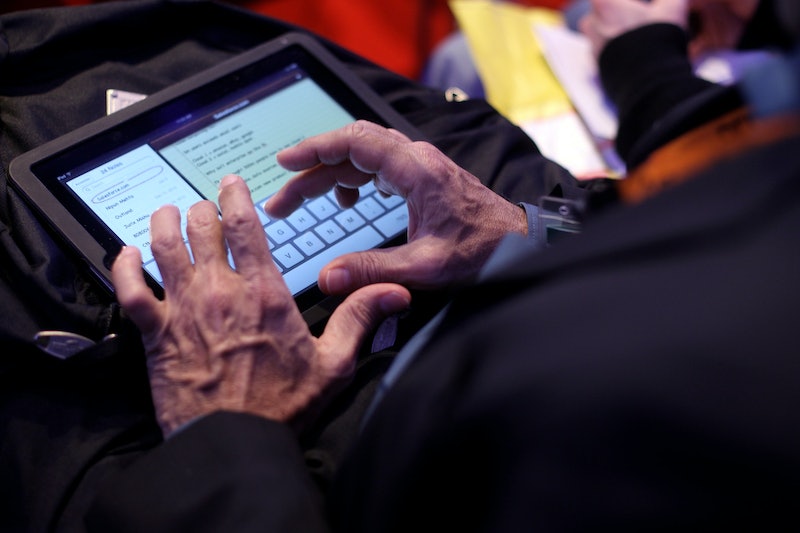 As calls for his resignation continue to mount among constituents and state lawmakers, New Hampshire State Representative Robert Fisher has defended a men's rights Reddit forum he allegedly created years ago. In April, an investigation by the Daily Beast alleged that Fisher had created "The Red Pill," a Reddit forum popular with pickup artists and men's rights activists that — with a heavy dose of misogyny — often focuses on feminism's "oppression" of men.

According to the Daily Beast, Fisher, who represents New Hampshire's Belknap County District 9, created "The Red Pill" under the username Pk_atheist. However, the legislator has reportedly been linked to a slew of usernames and online blogs, each of which spewed anti-feminist beliefs. Although Fisher initially denied being the man behind "The Red Pill," he has since admitted to having written "some injudicious things about the opposite sex," WMUR reported.

Among those so-called "injudicious things" are comments about how he finds women's personalities "to be lackluster and boring, serving little purpose in my day to day life," so "I usually only compare body types." Under another of his alleged online aliases, Fisher reportedly wrote "rape isn't an absolute bad, because the rapist I think probably likes it a lot." Fisher has spoken out stating he does not condone rape, stating, "That was an out-of-context quote from a nearly decade-old debate about the failings of moral relativism."

As other state lawmakers, including New Hampshire Gov. Chris Sununu, called for his resignation, Fisher attempted to defend his past comments before the New Hampshire House Legislative Administration Committee tasked with deciding what, if any, repercussions Fisher should face. "Several years ago I made some injudicious statements regarding women and my frustrations with dating," Fisher said in an opening statement to the New Hampshire House Legislative Administration Committee on Tuesday, the Concord Monitor reported. "Some of the views that have been alleged here are certainly not reflective of what I stand for and what I have done in my time here in Concord."

New Hampshire state Rep. Deborah Altschiller accused Fisher of being both a contributor and purveyor of rape culture, and called on state lawmakers to "eradicate this vile scourge from our ranks and from our state" in a testimony before the House Legislative Administration Committee. According to NPR, Fisher told the committee investigating his online comments and involvement in the subreddit that, contrary to what was being said about him, he had "never hated women."

Fisher criticized the Daily Beast investigation that brought his role in founding "The Red Pill" — along with many of his comments in the subreddit — out into the open, characterizing it as "a lot of convenient reporting, to play into partisan politics." He said he was "disappointed" with where the investigation has gone but that he was "more than happy to get back to work and concentrate on what matters."

The New Hampshire representative described further investigation into his involvement in "The Red Pill" as "wasting everyone's time," NPR reported. In an emailed statement to WMUR, Fisher said he was "not disappearing" as criticism of his online activities continued to mount but would "continue to stand strong for men's rights and the rights of all."