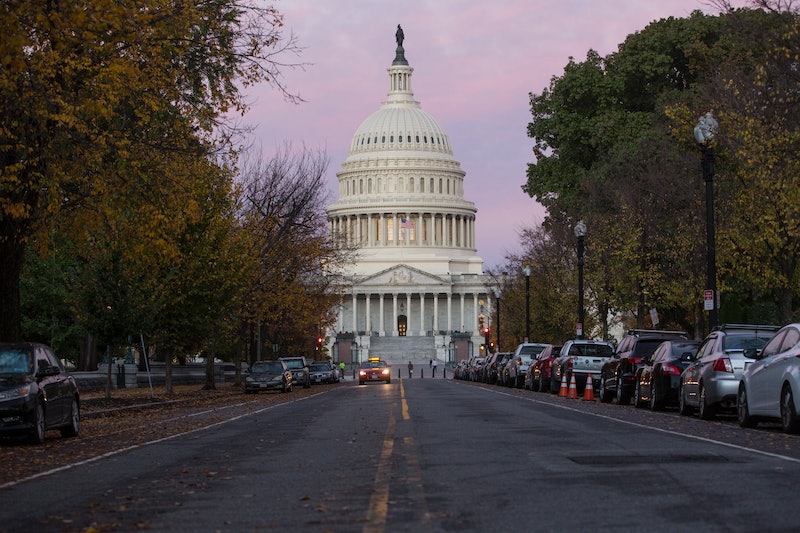 Women made history during Tuesday's midterm elections, breaking numerous records as they won election to Congress. But even though women and minority candidates generated headline after headline on Election Day, one group of women actually suffered a loss — there will be fewer Republican women in Congress during its next session.

Ballots across the country were extremely diverse, and according to USA Today, more women will fill Congressional seats than ever before. However, there was not a surge of Republican women running for elected office as there was among Democrats, The Washington Post pointed out.

Per The New York Times, Virginia Rep. Barbara Comstock — a Republican — lost her seat to Jennifer Wexton, a Democrat, and she was not the only one who faced a significant challenge. In Washington, a Democratic woman threatened to flip Republican Rep. Cathy McMorris Rodgers' seat, though the Associated Press and The New York Times both projected that Rodgers would ultimately win her race. And in Arizona, Democrat Kyrstem Sinema is in an extremely close race with Republican Martha McSally.

As was the case when Donald Trump won the 2016 presidential election, white women illustrated that they would largely vote along party lines. However, according to Vox and CNN, 49 percent of white women voted for Democrats in House races in this year's midterms. In their efforts to unseat Republicans, Democrats also scored the largest margin of victory among female voters to date, per The Washington Post, indicating that women of all races — including white women — were slowly shifting toward the Democratic Party.