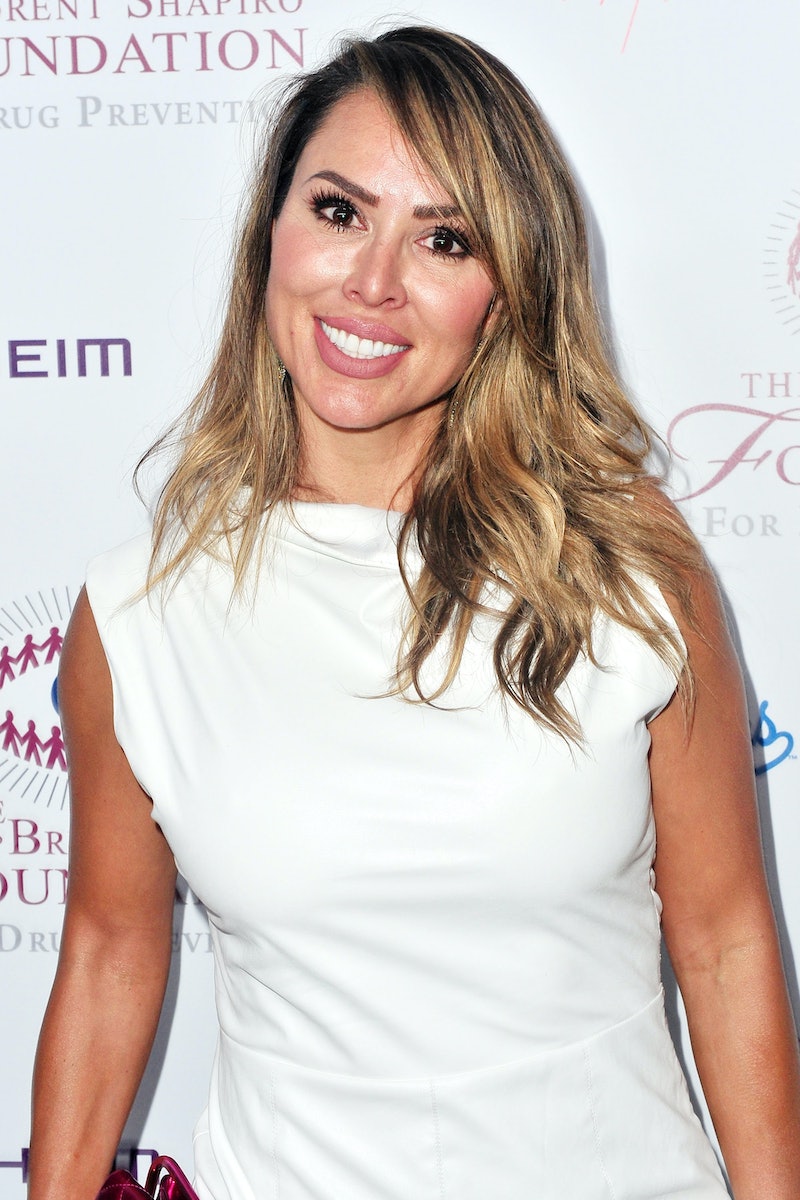 Real Housewives of Orange County star Kelly Dodd has been in an on-again-off-again relationship Dr. Brian Reagan. It seems like their relationship status changes pretty often, but for now at least, Kelly Dodd is single again. On Aug. 15, Kelly announced she broke up with Brian in a series of Instagram Stories. In one video, she yelled, "The universe is telling me I broke up with Dr. Brian, woo!" Not to be confused with her enemy Vicki Gunvalson's signature "Woo hoo."

In that same Instagram Story, Kelly said, "And they all know why," but it's pretty unclear what actually happened. However, it seemed like Kelly implied that he did not take her side in some incident because she remarked, "you gotta be on my time." She declared, "This is why I’m breaking up with Brian for good. This is the last time." She emphasized, "No going back to this a**hole. At all." And just to make it even more clear that they are not together when she shared, "Here’s our song. I broke up with Dr. Brian" while Queen's song “Another One Bites The Dust" was playing.

Based on these videos alone, Kelly is "done," but it will be interesting to see if she sticks to her claims. Just a week ago, the couple did a joint interview with Us Weekly in which Kelly joked about marrying Brian so she could get free plastic surgeries from Brian. Kelly told the magazine, "I mean, he could work on me, that would be the first perk." Brian even chimed in "I can see my schedule now! Kelly Dodd, Kelly Dodd, Kelly Dodd."

In that same interview, Kelly shared, "I think the perks [are] that we have fun together and we love our families together and we blend their families, like, we have a modern family. She sweetly elaborated, "My daughter loves him and I love his son."

Those comments are a far cry from her recent remarks that's for sure. It's really been a roller coaster with these two from the jump. Kelly and Brian's romance first made news in January 2018, with lots of social media posts... that are now deleted. This is because they previously split up in July, as reported by Radar Online. On July 2, Kelly posted a quote that said "If you love someone, set them free. If they come back, it means nobody else liked them. Set them free again." This is a post that she did not delete, which is very surprising since they got back together after sharing the quote.

In a July 17 interview with Radar Online, Kelly confirmed that she and Brian were back together. She told the publication, "I am not going to try and deny it. Our sexual chemistry is off the chain and I find him to be absolutely irresistible." Aside from that, Kelly shared, "We realized how much we love each other. There are challenges, sure. But instead of throwing in the towel, we decided to work on them together."

Will they pick up the towel again? Or leave it on the floor? No matter how their relationship progresses (or doesn't), Kelly will definitely keep her followers informed on social media.