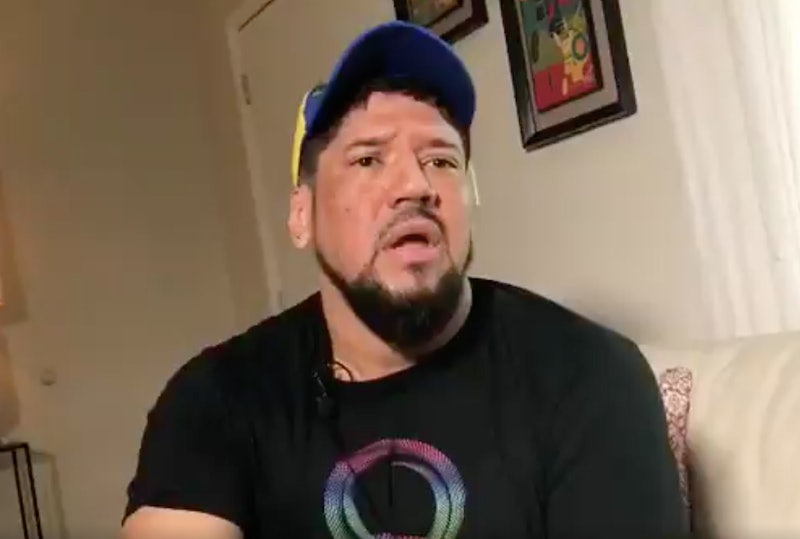 After living in the United States for 15 years, a hair stylist in Miami was issued an order of deportation during his most recent check-in with Immigration and Customs (ICE) officers. But as someone who is HIV-positive, Ricardo Querales told ICE his survival depends on medicine that will likely not be available in his home country of Venezuela. So far, that hasn't changed the agency's mind.

According to ABC News, Querales told the ICE officer, "You're sending me to my death."

Querales' home country has experienced enormous political and social turmoil over the past three years. Opposition to the government of Nicolas Maduro erupted into mass protests starting in 2014, which led to a severe government crackdown that many human rights groups have since condemned. The country remains plagued by massive food shortages, and its medical services are even more constrained.

Marcial De Sautu, Querales' lawyer, thinks they have a strong case against deportation. He told ABC News Querales' case to stay in the U.S. is a "compelling" one.

I’ve spoken to many of his treating physicians who have indicated to me that his removal from the United States to Venezuela will put his life in danger.

DeSautu is trying to secure a stay of removal for Querales, which would indefinitely postpone his deportation. They are requesting that ICE "not remove him based on humanitarian reasons," DeSautu said.

One issue that has the potential to complicate the case for Querales is his 2009 arrest for the possession of drug paraphernalia with the intent to use. That run-in with law enforcement came after a friend who had borrowed Querales' car ended up fatally overdosing on drugs and getting into a car crash. The police tracked the car to Querales' address, and found methamphetamines when they searched his house.

Turning to substance abuse to cope with an HIV diagnosis is common. According to reporting in the Miami Herald by Daniel Shoer Roth, Querales was part of a massive spike in the rate of gay Latino men contracting HIV in Miami from 2006 to 2015. And many of those who receive an HIV diagnosis "go through a process of self-destruction when they discover they are HIV positive," Mario Schauer told the Miami Herald. Schauer is an activist and blogger who focuses on offering advice and encouragement for those struggling with HIV.

A second arrest followed after police raided a party where Querales was present. Though no official charges were filed against him, Querales ended up spending six months in an immigrant detention facility. The ordeal also led to the loss of his asylum protection. He also received a deportation order.

However, Querales was able to stay in the country. Under his "Order of Supervision," he just had to check-in with ICE on a set schedule.

Since President Trump's administration took a stricter approach to immigration policy enforcement, many immigrants have been arrested when they appear for such periodic check-ins.

That's not exactly what happened to Querales, but his story is similar. At his January appointment, Querales was issued the order to voluntarily deport himself back to Venezuela, and told to report back to ICE at the end of February with a passport and plane ticket.

"In Venezuela, there is no medicine and every day someone with AIDS disappears," Querales reports he said to an immigration official.

The Venezuelan immigrant says he plans to stay put in the United States and "fight to the end."

More like this
Here's The Role Lady Susan Hussey Played At Buckingham Palace
By El Hunt
Read Dan Levy's Heartbreaking Message After The Club Q Shooting
By Stephanie Topacio Long
Prince William Condemns “Unacceptable” Comments Made To A Black Guest At Buckingham Palace
By Shahed Ezaydi
The David Beckham Qatar Controversy, Explained
By Sophie McEvoy
Get Even More From Bustle — Sign Up For The Newsletter