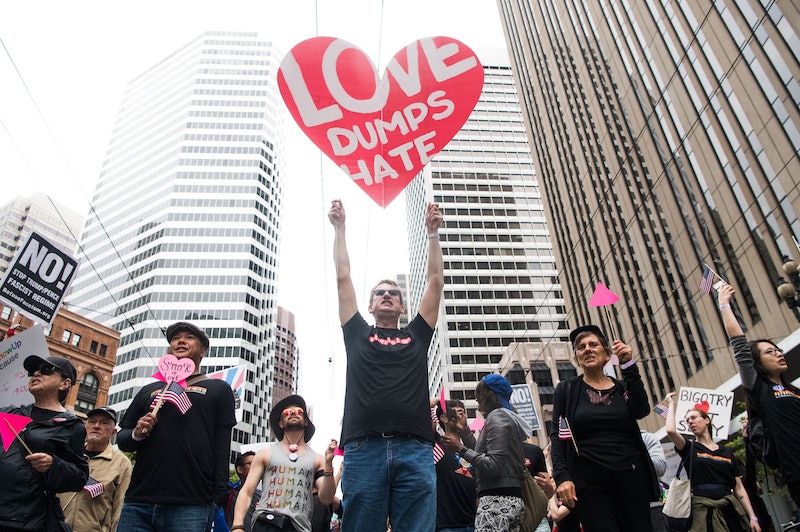 The organizers of a right-wing rally planned for San Francisco have canceled the event due to 'safety concerns,' they announced on Facebook Friday. Instead of the planned rally in Crissy Field, they'll be holding a press conference in Alamo Square, which they say "no extremists will be allowed" to attend. However, some local officials remain worried that the event will lead to violence, while others suspect that the nature of the gathering will remain the same despite the last-minute change in venue.

"We've decided that tomorrow really seems like a set up. It doesn't seem safe. A lot of people's lives are going to be in danger tomorrow," organizer Joe Gibson said in a video Friday. "The rhetoric from [Rep] Nancy Pelosi, Mayor [Ed] Lee, the media - all of these people are saying that we're White Supremacists, and it's bringing in tons of extremists."

However, State Senator Scott Weiner said in response that it's illegal for the group to hold a rally in Alamo Square, as it does not have a permit to do so, and expressed concern that it would become violent.

"Patriot Prayer wants to create a volatile, chaotic, violent tinderbox," Weiner said in a statement. "This rally in Alamo Square is illegal and in the heart of a residential neighborhood, and I am deeply concerned it will lead to violence, particularly given how close Alamo Square is to the counter-protest at Civic Center. As a matter of public safety, it cannot be allowed to happen."

Patriot Prayer's Facebook page has been updated to reflect the change in plans. The group organizing the rally, Patriot Prayer, says that no "Nazis, Communist, KKK, Antifa, white supremacist, I.E. [Identity Europa, a white supremacist group], or white nationalists" will be allowed to attend the press conference.

"This is an opportunity for moderate americans [sic] to come in with opposing views," the organizers wrote on Facebook Friday afternoon. "We will not allow the extremists to tear apart this country. Specifically, Richard Spencer and NathanDamigo [sic] will not be welcome."

Spencer and Nathan Damigo are both prominent white nationalists. Damigo, the founder of Identity Europa, was videotaped punching an unarmed woman in the face at a protest in Berkeley in April, and was later arrested at the Charlottesville protests in Virginia. Spencer is head of the National Policy Institute, a white nationalist think tank.

What remains unclear is whether the nature of the event itself has changed, or only the location. The speaker list remains unchanged, and one of the speaker's is Kyle Chapman, a white supremacist who was videotaped beating protesters at an April rally in Berkeley. Chapman is currently in jail after being convicted on a felony weapons charge, but he is eligible for bail and wrote on Facebook Thursday morning that he would be attending both the San Francisco event and an accompanying rally the next day in Berkeley.