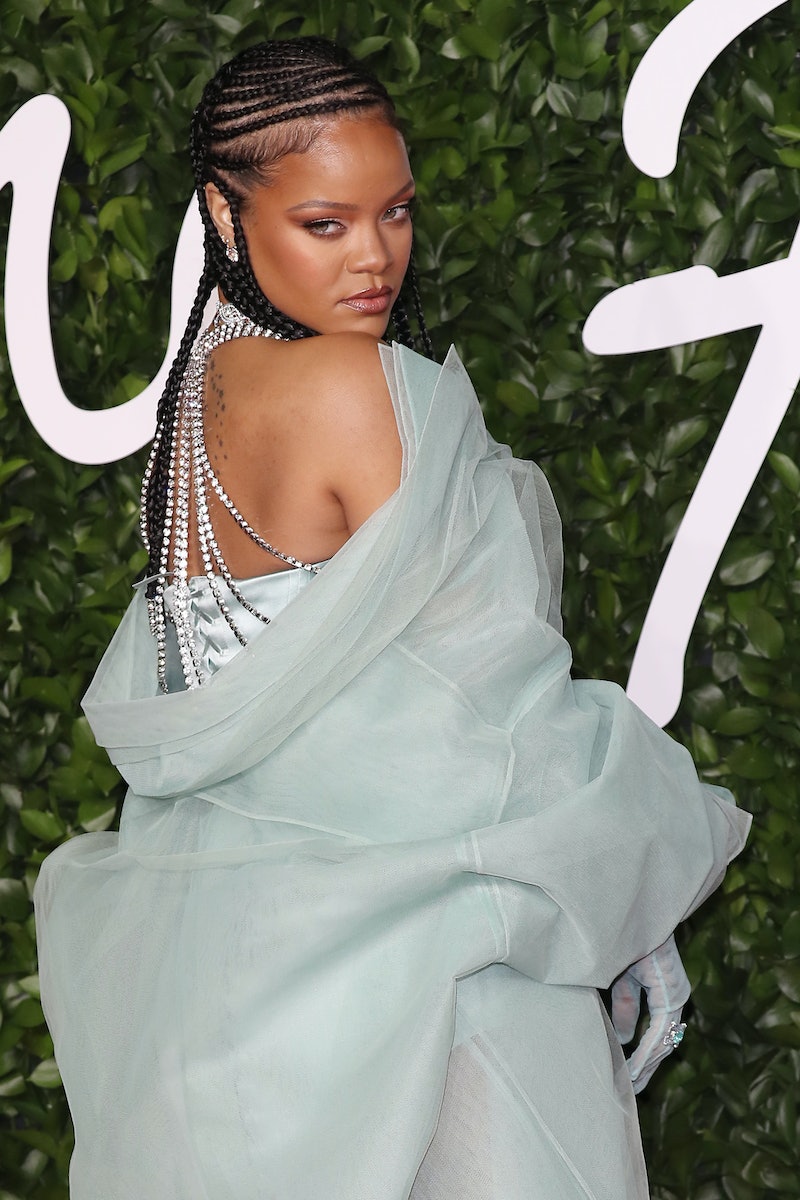 The Rihanna Navy has been clamoring for new music from the superstar for over four years now, and it has finally arrived... kind of. Rihanna's demo of Selena Gomez's "Same Old Love" has leaked online, as reported by Entertainment Tonight. And at this rate, it's probably the only new music we'll get from the Fenty Beauty maven in 2020.

Gomez released the Charli XCX-penned hit in 2015 as the second single from her breakout solo album Revival to both critical and fan acclaim, becoming the album's second top 5 hit on the Billboard Hot 100. But "Same Old Love" wasn't originally meant for Gomez. After it came out, fans linked it back to Rihanna, who tweeted the main hook of the song, "I'm so sick o dat same ol love," back in June 2014, indicating that she had recorded the track before it landed in Gomez's hands. (Though it's unclear if the singer had actually recorded the track at the time.)

Rihanna's demo is mostly faithful to the final song, with no major sonic or lyrical changes from the official version. Given the innovative, psychedelic-soul soundscape of her beloved 2016 album Anti, it's not hard to understand why she passed on "Same Old Love." But her silky-smooth vocals still fit the melody like a glove, and it still would've been huge had she kept it for herself (what else do you expect from Riri?)

According to Genius, Charli XCX confirmed in a 2016 Tumblr post that Rihanna did, indeed, pass on the song. "I think the direction of her record changed and it wasn’t right for her anymore (Anti is one of my fave albums of the year, by the way, slay)," she wrote at the time. But as she told Grazia Australia, she thought it ended up being perfect for Gomez. "She had such a high profile relationship, which was all over the press," she said. "It felt very real coming from her, and I think a lot of the audience could really connect because of what had been going on. It was cool that she really brought that song to life."

Rihanna has been teasing a new album for years, but given her many business ventures and the coronavirus pandemic, it's very possible that this is the only "new" song fans hear from Rihanna in 2020. Enjoy it while it lasts, Navy!