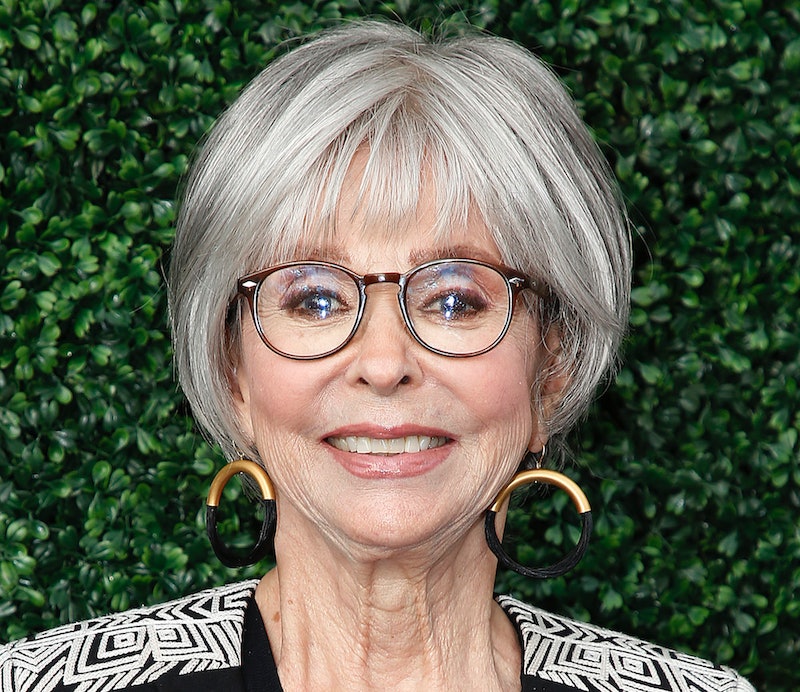 Calling all New York street gangs: Rita Moreno’s West Side Story role is more than just a cameo. During her live show “An Evening with Rita Moreno” on Saturday, Nov. 9 in Santa Monica, California, Moreno revealed that her role in Steven Spielberg’s upcoming West Side Story remake is a very “real” part and not just a brief cameo. In Spielberg’s reimagining of the 1961 classic, Moreno will play Valentina, a newly-created character that serves as a reconceptualized version of Doc (originally played by Ned Glass), the corner store owner of Doc’s Drug Store in which Tony worked, as per a Deadline exclusive published last year.

As for how Valentina will fit into the world of rival gangs the Jets and the Sharks, Moreno told the audience at her show, “Here’s another thing I can’t resist telling you. I’m going to brag one more time. It pleases me so, because it is not a cameo. It’s a real part. It’s a real thing. Talk about full circle. Is that insane?”

Along with her role as Valentina, Moreno also serves as executive producer on the Spielberg-directed remake. She added of the new film, which is slated for a December 2020 theatrical release, “Boy, are you in for something.”

In the 1961 film, Moreno played the role of Anita, best friend of Maria and girlfriend of Bernardo, leader of the Puerto Rican gang called the Sharks. In a narrative that takes on Shakespeare’s Romeo & Juliet, Maria, Bernardo's younger sister, falls in love with Tony, a member of the Sharks’ rival gang called the Jets. Moreno won an Oscar for her scene-stealing role in 1962.

In a statement in Deadline about Moreno’s addition to the cast, Spielberg said, “From our earliest discussions, we wanted to include Rita Moreno in our production. Her Anita is one of the greatest musical performances ever filmed, and a personal favorite of mine… We feel beyond fortunate that Rita will bring her extraordinary gifts as an actress, as well as her deep understanding of West Side Story to this production as an executive producer.”

Spielberg’s remake will star Ansel Elgort as Tony, Rachel Zegler as Maria, David Alvarez as Bernardo, and Ariana DeBose as Anita. For DeBose, taking on the role of Anita alongside Moreno herself was pressure-filled. However, DeBose said the veteran EGOT winner offered “nothing but grace and support” for her role as Anita.

“She really gave me permission to create my own version. It’s really, really lovely to work with her on set,” DeBose told Vulture in a Nov. 8 interview. “It’s such a full-circle moment for her, and to be able to not only work with her and look her in the eyes, but to watch that moment happen for her, it was really something special… She never made me feel less than.”

More like this
Gerard Butler Insisted On Adding This Pivotal Scene To 'Plane'
By Catharina Cheung
Jemima Khan Used Her Own Life As Inspo For 'What’s Love Got To Do With It?'
By Darshita Goyal
'Knock At The Cabin' May Start Streaming Sooner Than You’d Think
By Jake Viswanath
Reese Witherspoon Confirms This Fan Favorite Will Return For 'Legally Blonde 3'
By Jake Viswanath
Get Even More From Bustle — Sign Up For The Newsletter
From hair trends to relationship advice, our daily newsletter has everything you need to sound like a person who’s on TikTok, even if you aren’t.