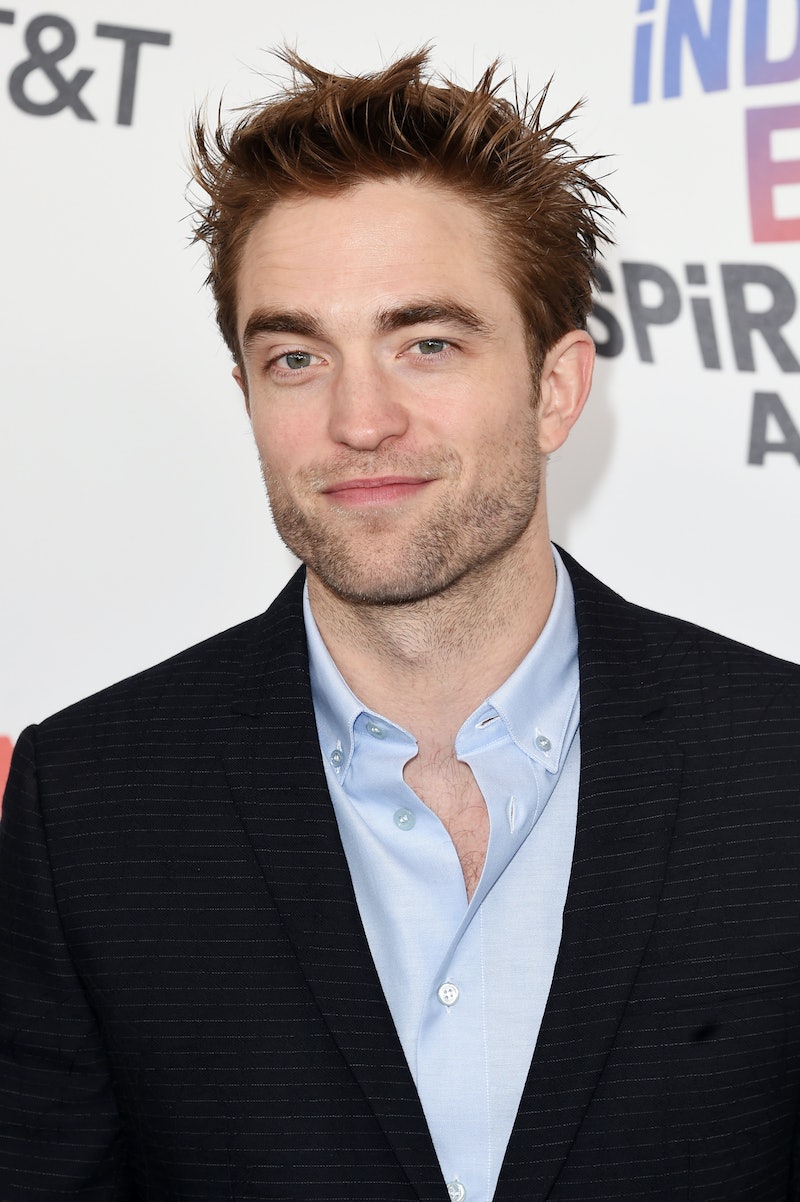 Ten years ago a little film about Bella Swan and Edward Cullen was released. Believe it or not, but now Robert Pattinson has admitted he likes Twilight after all these years. In an interview with USA Today published on April 3, the actor who brought Edward to life and made fans everywhere want to marry a vampire opened up about the franchise based on Stephenie Meyers' books. Pattinson hasn't always sang a positive tune about starring in the hugely popular role, but all he needed was time to help him appreciate the movies.

During the height of the Twilight craze, fans couldn't get enough of the story, the characters, and the actors bringing it all to life. Pattinson didn't really enjoy any of it due to the immense amounts of attention he received. It was hard for the 32-year-old to escape the spotlight, but now that a decade has passed since the first film dropped, Pattinson feels very differently. He told USA Today,

"It's lovely now that the mania is not so intense. People come up [to me] and just have very fond memories of it. It's a really sweet thing. I think the only scary part was right in the thick of it all, when it was very, very intense. Now the intensity has died down and it's just very warm memories."

His reasoning makes complete sense. It had to be overwhelming dealing with overnight success and constantly having people watch your every move. Like he told Vanity Fair in April 2011 while filming Breaking Dawn Part I and Part II,

"This thing with everyone knowing you, it’s weird, because people have this one-sided relationship where they look at your picture and feel they know you more than someone they actually know. I don’t really know myself that well."

At the time of his interview with Vanity Fair, he also opened up about not understanding the obsession with Twilight. "It does have an angle which is attached to something quite primal in girls," he noted. "I guess people want it to define them, like ‘I’m a Twilight fan.’ That’s crazy to me. I think people really just like being part of a crowd. There’s something just tremendously exciting about hyping yourself up to that level."

And now Pattinson is embracing Twilight by focusing on all of the good memories he made while filming. He even told USA Today he watched part of New Moon on TV recently and remembered how "it genuinely does have an incredibly good soundtrack. I completely forgot, but the soundtracks were quite ahead of their time."

He even touched upon how great it is that people who didn't grow up with Twilight are now becoming fans. "It's a fascinating second wave of people appreciating it, which is kind of cool," he said. "I think when anything becomes a massive phenomenon, there's always people who get annoyed because it's just everywhere. But now it seems like a retro thing: the soundtrack, the fashion. It's like, 'Oh, that's so late 2000s.'"

It's totally understandable why Pattinson didn't welcome the phenomenon that came with playing Edward Cullen. Having eyes on you at all times had to be difficult to deal with. Thankfully, time has helped Pattinson move forward and he can now appreciate Twilight and the good memories that came with it.