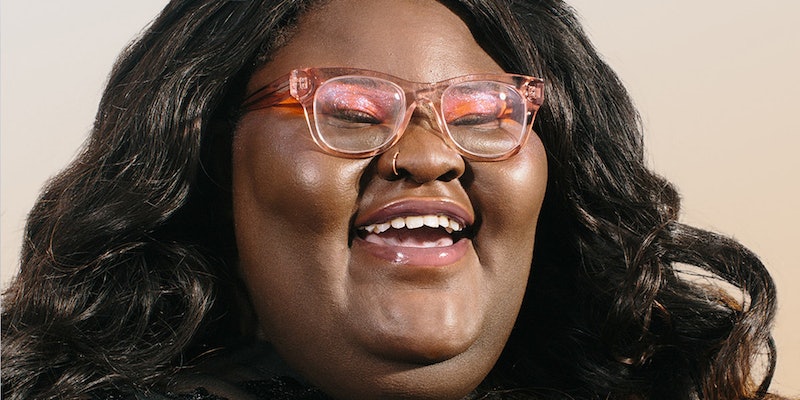 There's a reason Paper magazine voted Rochelle Brock as "Most Likely To Photograph A Movement" in its Paper Predictions feature at the end of 2017. Brock has been taking photos for six years; at age 22, she already boasts an impressive CV. Brock has shot The FADER employees in Fenty Beauty, been named as one of photographer Ryan McGinley's #NewOriginals, and contributed to the diverse stock imagery at Refinery29. Brock shoots all manner of subjects and bodies, but much of her work is focused on creating more representation for women of color.

"Taking photos of women who look like me — black women, bigger women, most of my audience — it's gone the body positive route," Brock told Paper. "When I first started, it wasn't my goal to be a body positive photographer. I was just a photographer. I took pictures that I liked. Because there's so little representation, it was kind of a no-brainer, like, I guess I'm body positive because I don't have a preference for the type of bodies that I shoot."

In addition to being featured in Paper, Vogue, and Interview, Brock's work was a part of "The Future Is (Black) Femme," in New York City, an exhibition that showcased black femme diversity across the African diaspora. She was also featured in "Fatter IRL," an exhibition of art centered around fat bodies.

Below, Brock shares her thoughts with Bustle on her industry, and why it's so important for her to continue to normalize diverse bodies in art.