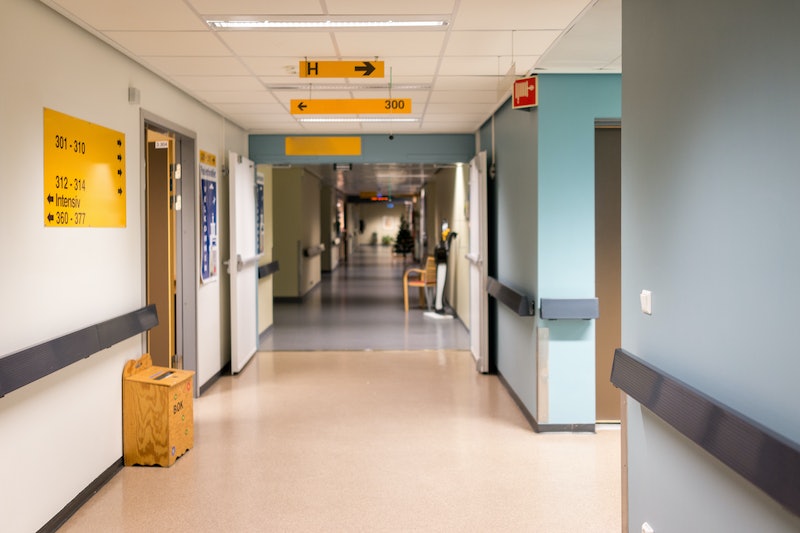 In some rural communities around the country, where over one-fifth of American women live, the closest hospital with specialized OB-GYN care can be a 100-mile drive away. More than half of rural women live 30 minutes or more from a hospital that provides perinatal care, which could mean the difference between life and death in the event of an emergency or complication. And that gap in care is only growing. Around the country, hospitals in rural areas are closing, and research shows that’s increasing mortality in measurable ways.

“Hospital closures are not necessarily affecting just mothers or women,” says Peiyin Hung, Ph.D., a public health researcher who co-authored a study looking at obstetrics unit closures. “This affects society, and that will in turn affect taxpayers as well.” Hung, who researches geographical barriers to health care, says that since her study ended in 2014, the number of communities affected has only grown.

Since 2005, at least 166 facilities in rural communities have closed, according to the University of North Carolina’s Rural Health Research Program (NC RHRP). Last year was the worst year so far, with 19 facilities closing. And in just the first two months of 2020, four hospitals have already shut their doors. A large portion of these shutdowns were scattered across the South, where poverty rates in multiple states are near 20%, significantly higher than the national rate of just over 11%.

Even in communities where medical centers remain open, obstetrics units are shutting down, leaving pregnant people at higher risk of complications. Between 2004 and 2014, 179 counties lost hospital-based obstetrics units. Less than half of all rural counties have an OB-GYN at all. A 2018 study found that losing hospitals has also led to a rise in out-of-hospital and preterm births, which increase health risks for both mothers and newborns. “It’s really hard for rural hospitals to recruit and retain OB-GYNs,” Hung says, “and hospitals tend to close obstetrics units first when they face financial difficulties.”

Countryside patients are less likely to find somewhere else to get care.

Very little research has been conducted into how hospital closures affect women’s health or what the impacts are for people outside of big cities. Previous academic research made it seem like these shutdowns had no significant effect, because it didn’t compare rates in rural and urban areas. A recent study from the University of Washington’s CHOICE Institute is the first to compare the two in California; it found that rural hospital closures were linked to a 5.9% increase in overall patient mortality.

“In urban areas, when a hospital closes, some patients will seek care at outpatient settings,” says Kritee Gujral, Ph.D., a senior fellow at the CHOICE Institute and lead author on the study. “However, this has not been found to be the case for rural areas because there's a lack of such clinics.” Patients in cities are able to go to another medical facility; countryside patients are less likely to find somewhere else to get care.

Further, Gujral says that people who can’t afford transportation end up with few or no options to access health care. “Low-income populations are more likely to be affected [by hospital closures],” she says. That only increases the disparities that people in these areas face.

Rural populations also tend to have more health risk factors. “It's well documented that rural communities have older, poorer, sicker people living in them,” says George Pink, Ph.D., NC RHRP’s deputy director. “If your grandmother has to drive 15, 25 miles to get care and she decides, ‘I can't do that,’ then that's going to have a real impact.”

Many hospitals just don’t see enough patients ... to bring in the money they need to stay open.

Many hospitals just don’t see enough patients, or enough paying patients, to bring in the money they need to stay open. The low number of patients and lack of resources also means that doctors don’t want to work in these places, Hung says. Even though childbirth is the most common reason for hospital stays in the U.S., keeping obstetrics units open is a major challenge because the specialty comes with high costs for staffing and equipment.

Years of investigating issues like this have made Pink and Gujral believe that change needs to be systemic. While Gujral’s work and the RHRP have made strides in documenting the problem, getting a clearer picture of its causes and scope will require much more work. “When there isn't enough evidence to move policymakers,” Gujral says, “and when there isn't a large study that is pointing to the negative impact of hospital closures, there’s less of a push for them to take these concerns more seriously.”