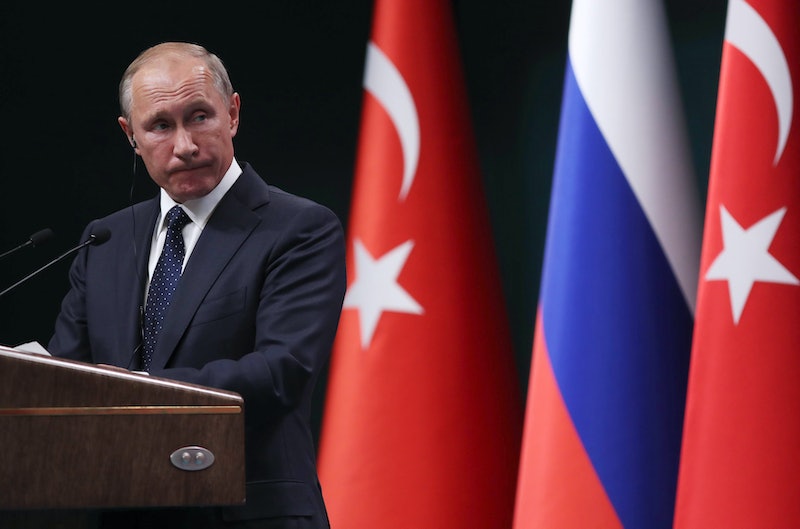 On Tuesday, CNN reported that Russian Facebook ads targeted political battleground states during the 2016 U.S. presidential campaign, particularly Michigan and Wisconsin. While it has been known for some time that Russian-linked political ads purchased during the campaign likely sought to influence the outcome of the presidential election, the geographical targeting of these ads has not been shared until now.

Facebook acknowledged on Monday that approximately 10 million Americans were exposed to politically divisive ads on Facebook that were purchased several months prior to and after the 2016 election. Now, CNN has reported that, according to four sources with direct knowledge of the situation, many ads purchased by Russia supposedly targeted Michigan and Wisconsin voters. The presidential race in these two states was incredibly close — Trump won Wisconsin by only 22,748 votes and Michigan by only 10,700 votes. And victory in these states was crucial to Trump's eventual election as president.

As CNN pointed out, the supposed geographical targeting of these ads in battleground states lends even more credence to the notion that Russia sought to influence the outcome of 2016 presidential election. According to the network, one tactic used in the ads consisted of promoting anti-Muslim rhetoric, which might then cause voters to be drawn to Trump and his hardline stance on immigration. The outlet also noted that Rep. Adam Schiff, the ranking Democrat on the House Intelligence Committee, said that the committee was investigating allegations that Russia also created targeted ads suggesting that Muslims supported Clinton as another means of encouraging voters who were already prone to anti-Muslim rhetoric to vote for Trump.

CNN further reported that the ads, including those in Wisconsin, Michigan, and beyond, addressed a variety of additional divisive issues in the United States, like the Second Amendment and civil rights, particularly in regards to the Black Lives Matter movement.

Indeed, Joel Kaplan, Facebook's vice president for United States public policy, told the New York Times on Monday that the over 3,000 Russia-backed Facebook ads were strikingly polarizing, saying, “We’re obviously deeply disturbed by this ... The ads and accounts we found appeared to amplify divisive political issues across the political spectrum."

However, the above-described divisive topics just reflect initial findings and those who are investigating the issue in Congress, including Sen. John Cornyn, noted to CNN that "we're just looking at the tip of the iceberg," and much more information will likely still be revealed about the nature and strategy of the Russian-purchased political ads.

CNN reported that White House officials could not be reached for comment on their story regarding the geographical targeting of Russian ads.

As Reuters noted, special counsel Robert Mueller, as well as several Congressional committees, are currently investigating whether or not there existed any collusion between the Trump campaign and Russia during the 2016 presidential election. The Trump administration has repeatedly denied that any type of collusion occurred.

Schiff, the aforementioned ranking Democrat on the House Intelligence Committee, told CNN that the committee will be looking closely at the geographical targeting of the Russian Facebook ads and the information needed to achieve such targeting as part of its larger investigation into the Trump campaign's alleged collusion with Russia, saying,

Obviously, we're looking at any of the targeting of the ads, as well as any targeting of efforts to push out the fake or false news or negative accounts against Hillary Clinton, to see whether they demonstrate a sophistication that would be incompatible with not having access to data analytics from the campaign ... At this point, we still don't know.

Overall, many people will likely be watching closely to see what additional information, in regards to geographical targeting and beyond, is unveiled as further investigations of the Russian-purchased Facebook ads takes place.