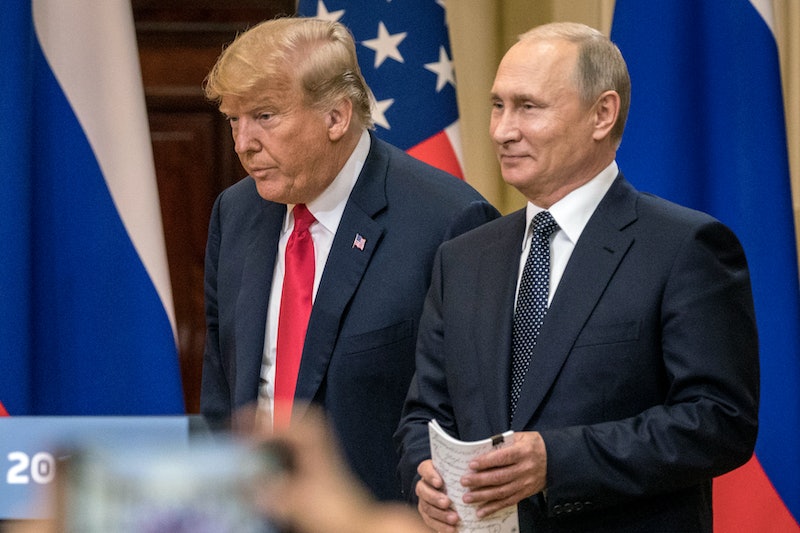 New reports prepared for the Senate Intelligence Committee have found that Russian efforts to influence the 2016 presidential election were far more extensive and targeted than previously thought. Researchers tasked with analyzing how Russia used social media to aide Donald Trump's campaign have said Russia's disinformation campaign targeted African Americans more than any other group in a reported attempt to suppress their votes.

"The most prolific [Internet Research Agency] efforts on Facebook and Instagram specifically targeted black American communities and appear to have been focused on developing black audiences and recruiting black Americans as assets," The New York Times quoted a report from the Texas-based cybersecurity firm New Knowledge as having said about the Russian company reported to have run online influence campaigns favoring Trump.

While African Americans weren't the only group targeted by the Russians' influence campaign, the New Knowledge report found they were targeted at a higher rate than any other group. "[While] other distinct ethnic and religious groups were the focus of one or two Facebook Pages or Instagram accounts, the black community was targeted extensively with dozens," The Times quoted the report as having said.

According to NBC News, researchers found that Internet Research Agency had established 30 Facebook pages specifically geared at targeting African Americans. Researchers noted that those pages maintained a message bemoaning Democratic nominee Hillary Clinton, reportedly urging black voters to refrain from participating in the 2016 election or to cast ballots for a third-party candidate like Jill Stein, The Times reported.

According to The Times, the Russian agency also launched multiple Instagram accounts, including @blackstagram, garnering more engagements on the photo and video sharing network than it did on Facebook. Russians were also behind 10 different YouTube channels with names like "Don't Shoot" and "BlackToLive" that featured hundreds of videos regarding police violence and brutality against black people. They also launched dozens of websites — including blackmattersus.com, blacktivist.info, blacktolive.org, and blacksoul.us —that pretended to be black-created and black-run in an effort to target African Americans, according to the New Knowledge report.

But in comments to The Times, one of the report's authors — who also serves as New Knowledge's director of research — said Russians merely "leveraged pre-existing, legitimate grievances wherever they could" and weren't solely responsible for the divisiveness and tension happening in American politics. "Very real racial tensions and feelings of alienation exist in America, and have for decades," Renee DiResta said. "The I.R.A. didn't create them. It exploits them."

In a statement released Monday, Senate Intelligence Committee Chairman Sen. Richard Burr said the report was proof that social media platforms can be "used by hostile foreign actors" who hope to "manipulate and subvert" public opinion in other countries. "This newly released data demonstrates how aggressively Russia sought to divide Americans by race, religion and ideology, and how the IRA actively worked to erode trust in our democratic institutions," he said. "Most troublingly, it shows that these activities have not stopped."

Indeed, as NPR has reported, the New Knowledge report found that Russia's Internet Research Agency did not cease its influence campaign operations after being accused of meddling in the 2016 election. In fact, according to The Washington Post, researchers found that Facebook ads used as part of Internet Research Agency's disinformation campaigns hit their peak in April 2017 — nearly six months after the 2016 presidential election had been decided.

What's more, researchers believe there's likely disinformation and influence pages or accounts still out there posting away. "Investigating the suspended pages and posts in the dataset also led to a high‐probability of IRA‐affiliated live pages still being online and posting," The Post quoted the report as having concluded.