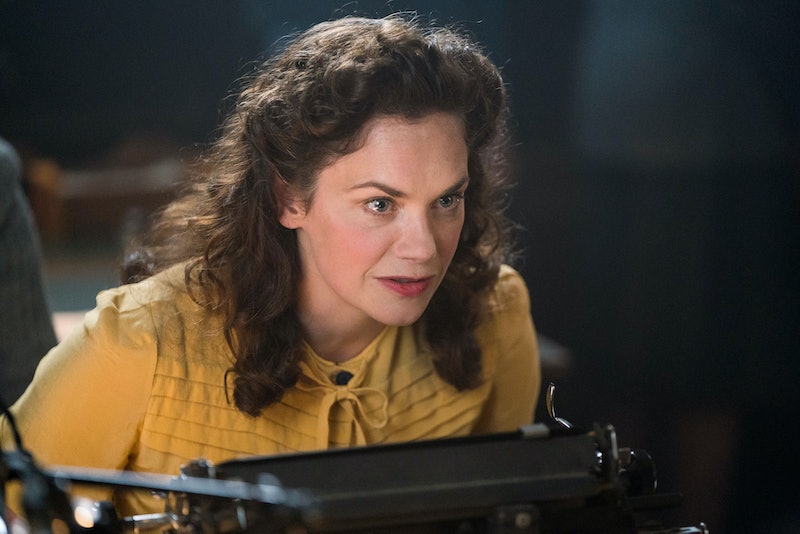 Actor Ruth Wilson has had a pretty good go of it thus far. The British born star has been on a very nice and steady incline since the beginning of her career. However, the latest project she has been working on is a whole new world for Wilson. And when I say whole new world, I am not talking Disney's Aladdin. No, her latest project is basically revealing that Ruth Wilson's family history is incredibly interesting. In particular, that of her very mysterious paternal grandfather.

Yes, in a revelation that basically makes any previous guests on Who Do You Think You Are look like namby pamby bores, it transpires that her grandfather had a very murky and secretive life, as the Radio Times reports, and one that was only revealed to be as such after he departed this mortal coil. Basically, in a nutshell, her grandpa was like James Bond times a gazillion. It transpires that the best selling author of thrillers was a serial bigamist and a spy for the uber secretive British secret service MI6, as The Observer reports. All on the sly. All of this was exposed to her family after her grandmother's death when the second part of her memoir was given to her sons.

Goodness gracious me, it sounds like something out of a TV show! Well, guess what, it has been made into a TV show.

Wilson was very aware of the gravitas of this story, and how intriguing it is. She spoke to The Observer about how getting the story adapted for screen was an ambition of hers.

"I’d been talking about these events to people, to producers, to friends, to people I met, ever since we all found out, wondering how you might structure it as a drama"

The decision to tell the story from Alison's angle was made by scriptwriter Alison Symon. After Ruth and Symon met, it was decided that the story of Alec was far too vast, and that it would actually be more interesting to do it from the angle of Mrs Wilson. Hence the title of the show, Mrs Wilson. Symon explained to The Observer:

"There is a long book about him and all the MI6 intrigue. Someone could do a whole six-part series on him, there is so much there. But we start it at the end, when he dies, and tell it like a detective story from Alison’s point of view".

Wilson plays the title role of her grandmother, who was considerably younger than her late husband. And portrays her uncovering all of the secrets of her late husband's life. "She was someone who had joined the Foreign Office herself at the age of 20, and had then become a suburban housewife, before being changed again by all that she discovers," Wilson told the newspaper.

Speaking to Bustle back in the summer, Wilson shared that playing her grandmother was far more difficult than any previous roles, and left her often feeling waves of intense emotions.

"I’d be sitting in a scene and ... I’d feel overwhelmed with kind of sadness for [my grandmother] and what she must have gone through."

In her interview with The Times, Wilson also added that the scenes where her grandmother was "constantly finding out bad things" were "horrible" to film. "I had this bizarre adrenaline going through me. I honestly think it was quite an out-of-body experience for me, and something that I haven’t really processed yet," she explained. "I thought, ‘Oh my God. I’ll need therapy after this.'"

Mrs Wilson, which will be a three parter, is set to air on BBC1 on November 27th at 9 p.m.