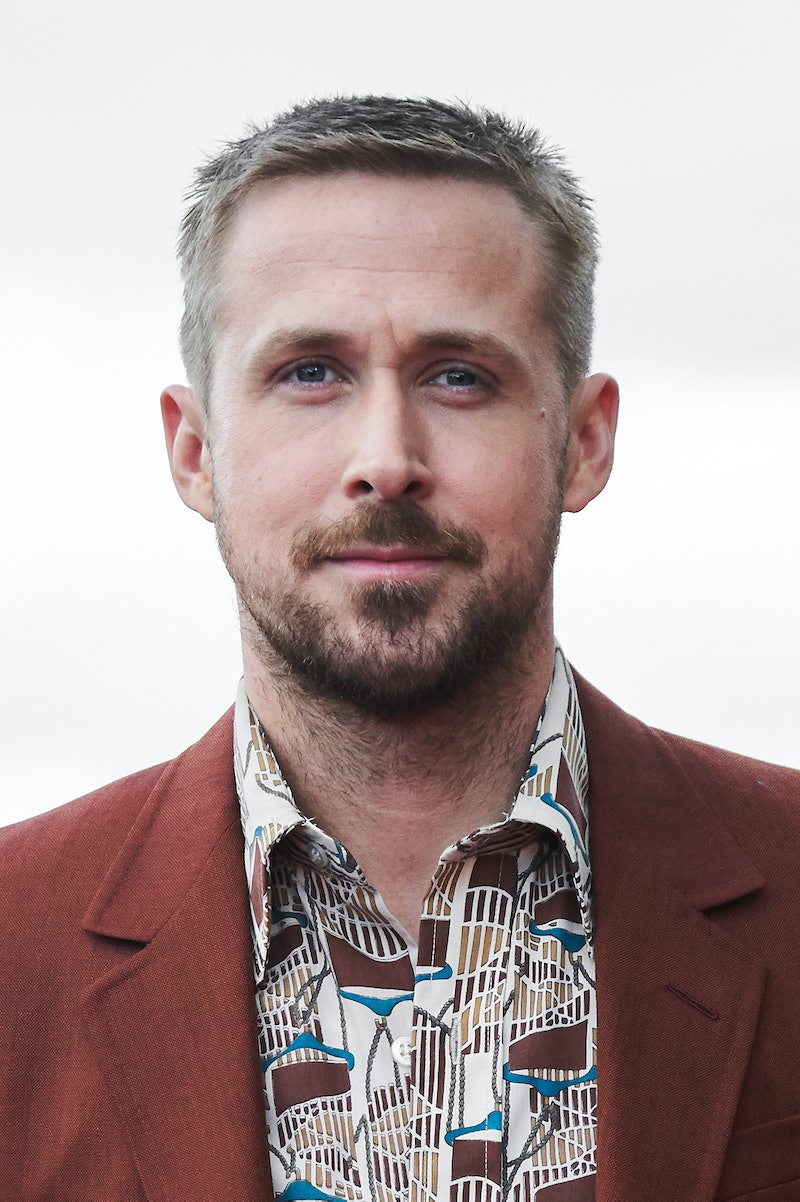 A lot of kids think their parents are the coolest — especially when they're little — but as far as Ryan Gosling's go, they apparently think he's awesome enough to visit the moon. During an appearance on Jimmy Kimmel Live that aired on Wednesday night, Gosling said his daughters think he's an astronaut, and the only reason that could possibly explain this is that he's that good an actor.

If you're a Gosling fan, you probably already know that in his new movie, First Man, he plays Neil Armstrong, who was the first man on the moon (duh). And even though the movie doesn't hit theaters until Oct. 12, apparently, Gosling was so convincing in the role that his daughters now believe that he actually works for NASA.

The topic came up in conversation after Kimmel rolled a clip from First Man while Gosling was visiting the show. Apparently, this all started when his daughters — 2-year-old Amada and 4-year-old Esmeralda — visited the set of the movie to visit their dad at work. And according to Gosling, ever since then, they haven't quite grasped the fact that their dad is playing an astronaut instead of actually being an astronaut, which are two very different jobs.

“They came on this day where I was shooting a launch scene, so I was in the spacesuit and pretending to launch," Gosling said. "I think they think I’m an astronaut now.”

Why? Because the next time Gosling's oldest, Esmeralda, was looking at the moon, she thought she was also looking at her dad's workplace. “My oldest said the other day — she pointed to the moon — she was like, ‘That’s where you work, right?'” the actor said.

Although Kimmel encouraged him to lie to his kids so they'd think he was cool, Gosling wasn't totally on board. Kimmel had a point, though — what dad wouldn't want their kids to think they're that awesome?

And to be honest, it's hard to blame Esmeralda for that one. In the promos for the movies so far, Gosling's spacesuit looks pretty legit, so he could totally be a real astronaut... and he is a pretty good actor, so we don't doubt that he was convincing enough as Armstrong to make Esmeralda think she was watching an actual launch on set.

No word on whether or not Eva Mendes was also that blown away by his performance in the movie, but Kimmel has already seen First Man and sung the movie's praises on his show, so it seems like Gosling really did pull off the role of Armstrong well.