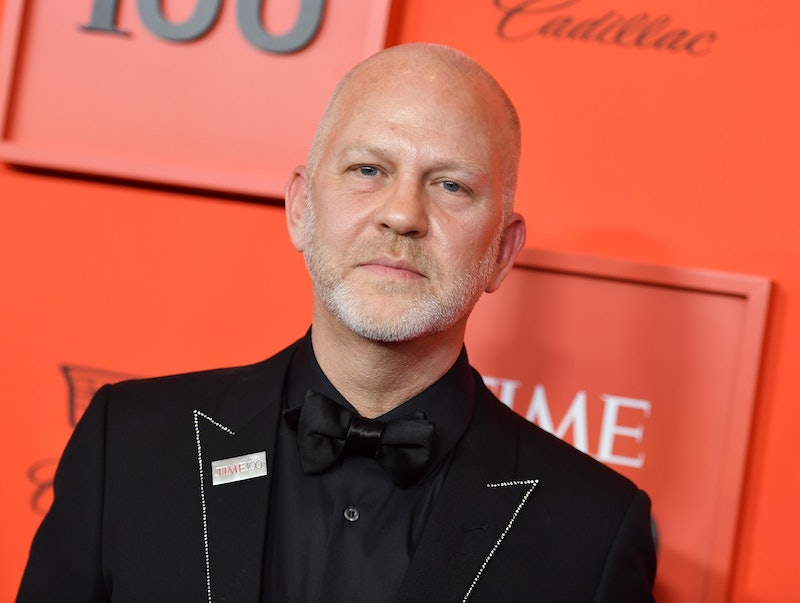 A new American Horror Story spinoff may be in the works, but that isn't stopping the show's creator from dishing some tantalizing details about its predecessor. In a new Instagram post, Ryan Murphy teased a clue about AHS's theme for Season 10, and while his hints continue to be as vague as ever, fans can't help but start theorizing over what it could mean. The image, posted on Instagram on Wednesday, May 27, showcases a deserted, sandy beach, mostly covered by a wood and wire fence — some of which has been knocked down and destroyed by something... or someone.

Murphy gave no other information on the matter, simply writing in the caption, "American Horror Story. Clue." At this time, no official theme or title has been revealed for the upcoming tenth season, though as a former poster of Murphy's has indicated, it is expected to take place on or near a beach, which works nicely with this latest clue. Some fans suspect this means the season will have something to do with mermaids. After all, the show has tackled ghosts, antichrists, and aliens in the past, so exploring the lives of underwater beings isn't that much of a stretch. Meanwhile, others have predicted season will serve as a homage to Jaws, given its close water location.

However, the most intriguing guess came from Instagram user mikayla_jayne_, who theorized in the comments that the season could center around Lady of the Dunes, the nickname given to an unidentified woman whose body was discovered in the Race Point Dunes, Provincetown, Massachusetts back in 1974. She died from blunt force trauma and her killer was never found. Perhaps Murphy plans on immersing fans into this dark mystery and giving this unnamed woman a story.

At this time, the theme is still anyone's guess, and it could be a while before fans get any concrete answers. On Tuesday, May 26, FX announced that American Horror Story Season 10 will be delayed until 2021, per The Hollywood Reporter, due to production delays caused by the coronavirus outbreak. The news doesn't come as a huge surprise, given that Murphy himself hinted to The Wrap that the season was likely to be postponed due to its very "weather-dependent" theme. “A lot of what I was going to shoot was dependent on a very specific moment,” Murphy told the outlet at the time. “It was a weather-dependent show. So now I don’t know.”

Now that the season has officially been pushed back, Murphy's cryptic clues are all we have left to go on. Let's hope he's only just getting started.

More like this
'The Queen’s Gambit' Season 2 Tweet Wasn’t From Anya Taylor-Joy
By Mary Kate McGrath, Jack Irvin and Grace Wehniainen
Netflix Shut Down 'Bridgerton' S3 Rumours About A “Very Dark” Storyline
By Bustle
Everything To Know About 'And Just Like That...' Season 2
By Jack Irvin and Grace Wehniainen
Rachel Fuda Gave Birth Just Weeks Before 'RHONJ' Season 13
By Brad Witter
Get Even More From Bustle — Sign Up For The Newsletter
From hair trends to relationship advice, our daily newsletter has everything you need to sound like a person who’s on TikTok, even if you aren’t.