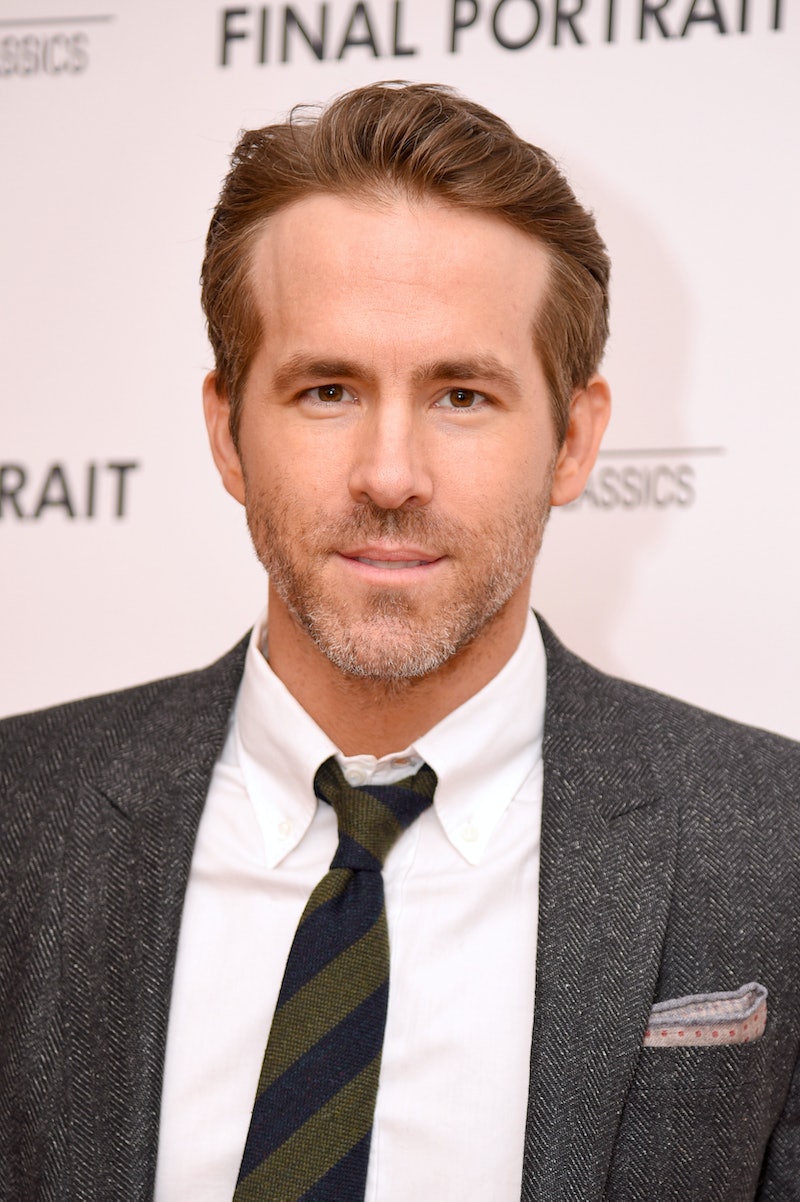 Ryan Reynolds is a household name now, but there's vintage evidence that he was always destined for the spotlight. On Wednesday, the actor shared a picture from his local newspaper when he was just a toddler, and it's amusing for a multitude of reasons. Reynolds' funny throwback photo proves he's been in the spotlight since he was 3, even if his audience has grown pretty significantly since then.

"This is from my hometown newspaper, back in the day. I think it's smart they discontinued the 'wanna know where this child lives?' section," Reynolds captioned his Instagram post. He's not joking about that fact either — the caption on the clipping literally includes his family's home address. (That seems like a pretty unnecessary security risk for anyone, but especially for a young child.)

The newspaper's caption is fairly straightforward. "This is Ryan Reynolds, 3, and he's enjoying the water at Kits Community Centre wading pool," the paper reads. Indeed, Reynolds is sporting a wide grin as he dips his feet in the pool. The actor is almost unrecognizable in the throwback picture, though, with his blonde hair and its bowl cut style.

As expected, Reynolds' caption shows off his signature sense of humor. And his smile in the photo — definitely no camera-shyness here! — suggests that he's always been comfortable being the center of attention.

This isn't the first time Reynolds has shared a throwback, although it seems like the earliest picture. Last January, Reynolds posted a photo of himself in his youth, complete with frosted blonde hair. "Happy New Year, everybody! The point is, I used to style my hair with a blowtorch," Reynolds captioned that post. No matter what era the photos are from, it's clear he's not afraid to poke a little fun at himself.

Reynolds' latest Instagram isn't the only vintage newspaper clipping about a celebrity that's been resurfaced online recently. A photo of Ariana Grande at a Florida hockey game in 1998 made the rounds online last month. Grande is a little older in the pic than Reynolds is in his new post, so she's more recognizable. But it's still funny to see stars show up in their local newspapers, years before making it big.

In a way, it's comforting to know that these newspaper clippings have stood the test of time. People may say that the internet never forgets, but when you have loved ones saving worn-out old newspapers, you don't even really need the internet to remember those funny (and potentially embarrassing) days of your youth.

Long before Twitter and Instagram made things go viral, there were still records of some of your favorite stars and their pre-fame antics. And Reynolds and Grande's vintage photos show that the two of them really were just like the rest of us, at least before making it big. Hopefully, though, Reynolds' family doesn't live at the paper's listed address anymore, because that would definitely be a bit of a security risk.