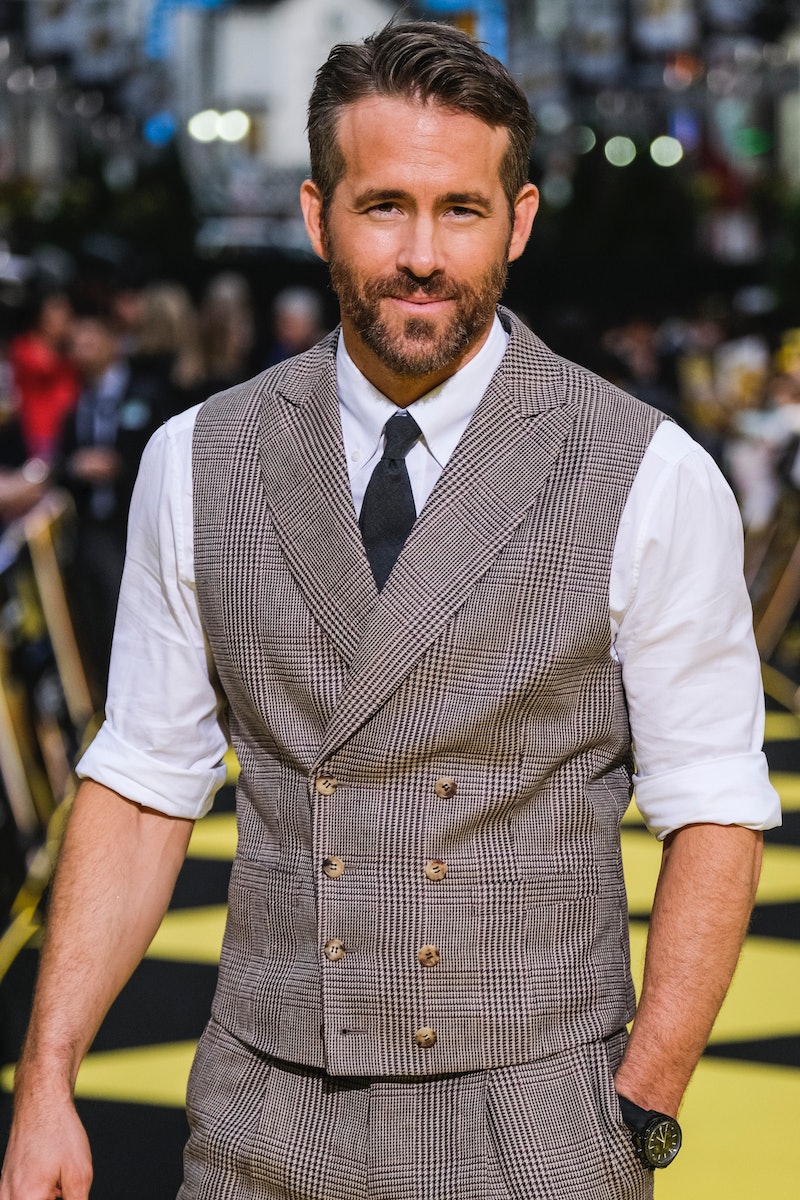 Just when you think the perfect collaboration doesn't exist, news breaks that Ryan Reynolds and John Krasinski are teaming up for a movie together, titled Imaginary Friends, which is in the process of getting picked up by Paramount. According to The Hollywood Reporter, is set to write, direct, and star in the fantastical comedy with Reynolds serving as his co-star.

The story will center around a man, played by Reynolds, who has the magical ability to both see and speak to other people's imaginary friends, "befriending those that have been forgotten or discarded," per THR. However, not all imaginary friends are given the love and friendship they need in order to thrive, which can sometimes lead them down a dark path. That's where Reynolds' character comes in to save the world from those who end up choosing evil over good.

But while Reynolds' role seems pretty clearly mapped out, at this time it's unclear which role Krasinski himself will be playing. (Perhaps he's one of the imaginary friends that turns evil?) Details are relatively scarce for the time being — and almost as invisible as the fictitious friends in the film — but even with very little information out there, the thought of a Krasinski and Reynolds movie in the works is definitely cause for celebration. The actors have been friends for some time now, however, this will be the first time they've ever worked with each other on a project. But given how complimentary they've been toward each other in the past, via Twitter, this should be no different.

Back when A Quiet Place came out in 2018, Reynolds immediately took to social media upon seeing it (twice) to praise Krasinski and Emily Blunt for their work in the film, referring to them as his new parents. Krasinski responded in kind, thanking Reynolds — his now-son — for his thoughtful praise, while adding, "Your mother and I are so proud."

Later that same year, the two stars presented a united front against Hugh Jackman during a faux Twitter feud after Jackman posted a photo of himself and Blunt (Krasinski's real-life wife) looking a little too cozy for comfort. "Eeeeeeasy Hugh... not sure this is what @Variety meant with #ActorsonActors," Krasinski wrote at the time. "Don’t make me think I can hurt you." Reynolds chimed in shortly after, stating, "This is a call to action. This man must be stopped."

This innate sense of loyalty bodes well for their upcoming work relationship, though their resumes speak for themselves when it comes to proving their comedic talents. Krasinski skyrocketed in popularity while playing Jim Halpert on The Office; meanwhile Reynolds has achieved similar fame thanks to Deadpool. But even though both stars have already proven to be very successful apart, there's no telling what they'll be able to accomplish now that they'll be working together.