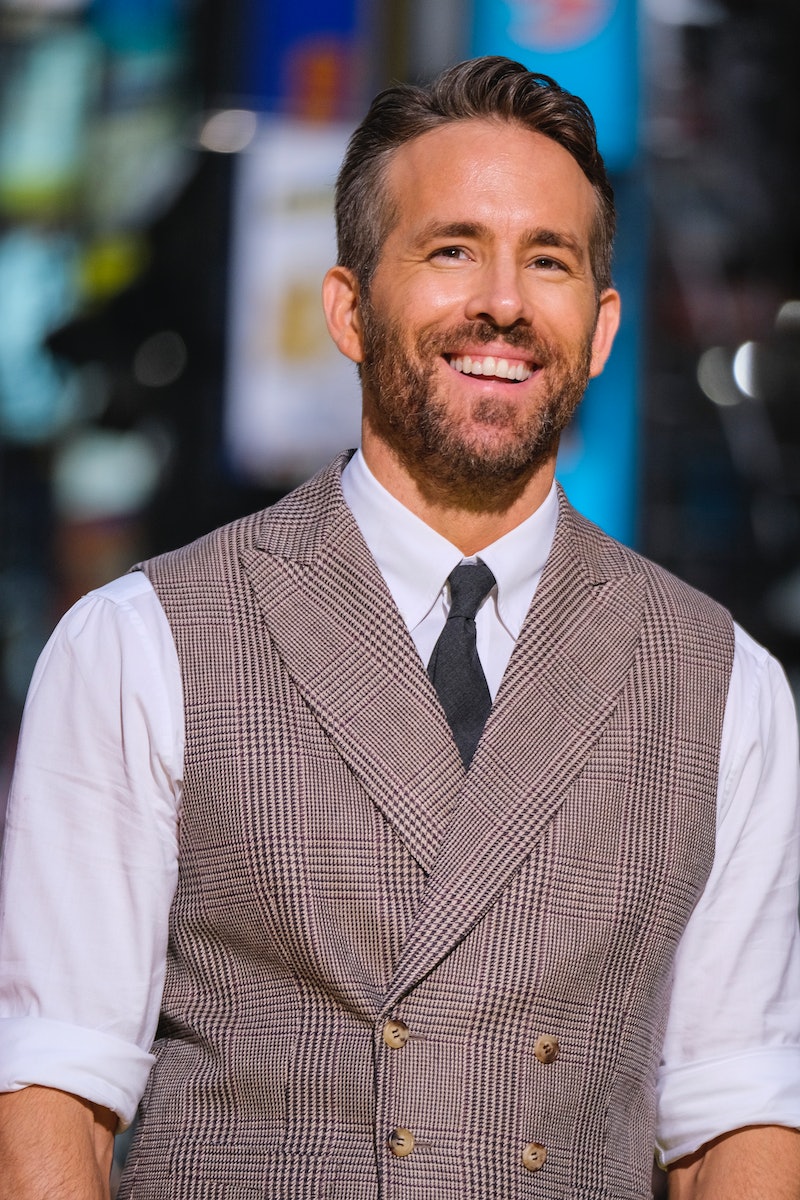 Determined to continue his reign as the king of trolling, Ryan Reynolds sang "Happy Birthday" to Hugh Jackman, keeping their years-long faux feud going. On Instagram, Jackman shared Reynolds' musical birthday wish, in which the Deadpool star proved himself to be a surprisingly good singer.

"Hello, Hugh. I was just going to wish you happy birthday, but then I saw what you said," Reynolds said at the beginning of the video. "In a word, hurtful." Last week, Jackman called out Reynolds during a performance on his global arena tour titled The Man. The Music. The Show. He said, "By the way, let's see Ryan Reynolds do that. Don't post that. I'll have like 3 million tweets from him in the next 10 seconds."

Following his rendition of "Happy Birthday," Reynolds responded to the comment in an an expletive-filled rant, flipping off the camera. "I'm not even f*cking professionally trained, Jackman," he said in the bleeped-out video.

Jackman replied to the trolling with a comment on Instagram, writing: "At first I thought — Ugh, now I have to actually apologize. But then..."

The NSFW birthday message is the latest installment in the two actor's longtime troll battle. In 2015, Reynolds began impersonating Jackman, kicking off the social media war between the actors. "G'day mate, Hugh Jackman here," Reynolds said in an Australian accent on Instagram. "Don't forget to get your vote in for People's 'Sexiest Man Alive', cover is coming up." They've been attempting to one-up each other ever since.

In early February, Reynolds and Jackman announced a truce on social media, revealing that the two would make ads for each other's companies, per Entertainment Weekly. (Jackman owns a company called Laughing Man Coffee, while Reynolds' business venture is called Aviation Gin.)

The peace between the two actors was short-lived. On Feb. 6, Jackman posted the completed ads on Twitter, saying he missed the memo about the truce being real. Whereas Reynolds put together a moving heartfelt ad for Laughing Man's coffee line, Jackman's video showed him tipping over a bottle of Aviation Gin. "Ryan Reynolds is a complete and total f*cking *sshole," he said in the bleeped out clip.

Reynold's message for Jackman's 51st birthday suggests the two are not done with their friendly social media feud after all. In 2018, Reynolds discussed his rivalry with Jackman on The Ellen DeGeneres Show, floating a potential superhero crossover. "I would love to do a Wolverine mashup at some point, but he's on a step-ball-change kick right now," Reynolds joked, commenting on Jackman's current musical pursuits. "I can't seem to bring him back to the violence and the mayhem."

Back in June, Jackman joked about casting Reynolds in his one-man show during an interview with EW. "Deadpool! Come on, Ryan Reynolds," he said. "I’m going to ask him. Maybe we could do a little tap number." Reynolds seemed game to sing to show the X-Men actor up on his birthday, so the two having an on-stage showdown during Jackman's arena tour may not be out of the question.

More like this
Twitter Is In Awe Of Taylor Swift’s “Lavender Haze” Music Video
By Jake Viswanath
Madonna Already Added 14 Dates Her Greatest Hits Tour Due To High Demand For Tickets
By Jake Viswanath
5 Wild Theories About Miley Cyrus’ “Flowers” Music Video
By Jake Viswanath
Twitter Wants To Dance With Anne Hathaway At Paris Fashion Week
By Alyssa Lapid
Get Even More From Bustle — Sign Up For The Newsletter
From hair trends to relationship advice, our daily newsletter has everything you need to sound like a person who’s on TikTok, even if you aren’t.