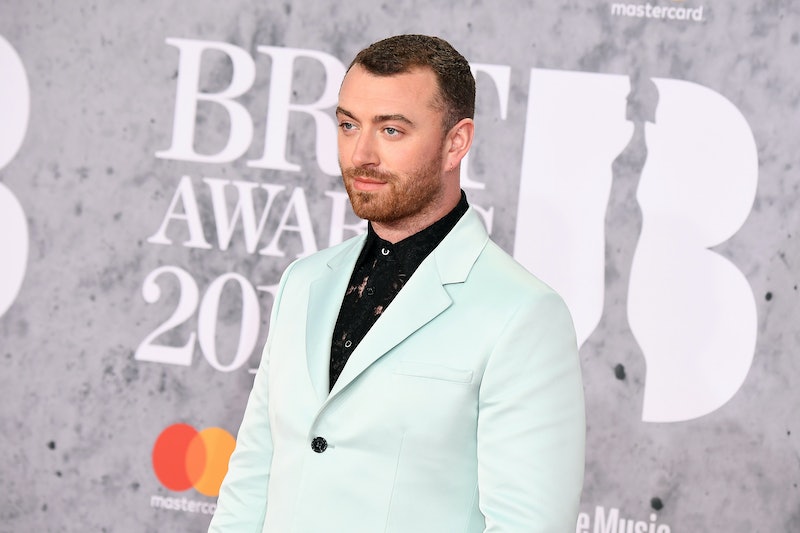 In a new interview with actor Jameela Jamil for her I Weigh IGTV series, musician Sam Smith talked about his gender identity and body image. Smith, who tweeted that the interview “completely changed my life,” said that he identifies as “not male or female,” and that being more open about his gender identity allowed him to reframe his relationship with his body overall.

“I‘ve always had a bit of a war within my body and my mind … because I do think like a woman sometimes in my head,” Smith told Jamil. “When I heard the word[s] nonbinary, genderqueer … I was like f*ck, that is me.”

“I’m not male or female, I float somewhere in between,” Smith said. “It’s on a spectrum.”

Smith also said that relating to his gender identity in this way has helped him reframe his relationship with his body and his body image. “I’ve always been very free in terms of thinking about sexuality. So I just tried to change that into my thoughts on gender as well. That’s been [impactful] for my relationship with my body. I had breasts when I was 11 years old. I have a very feminine body. When I move, when I have sex with men, it’s very feminine.”

Smith has previously spoken out about his gender identity. In a 2017 interview with The Sunday Times, he said, “‘I feel just as much woman as I am man,” adding that at the time he didn’t know what the “title for that would be.” (Because Smith has not publicly discussed what pronouns he uses, this coverage will continue to use he/him pronouns.) The singer told Jamil that he came out as gay at the age of 10, and didn’t meet another gay person until he was 18. “When I hit 18, I was like f*ck, I’m behind. I haven’t had my first kiss,” he told Jamil. He said that he felt like, “I’m not a gay man, I’m just a guy who’s attracted to men. I don’t know anything about the community. It was very lonely.”

Smith also shared that he’d started therapy in the last year and has been able to “dig in deeper” around his issues with body dysmorphia.

"My whole life I struggled with my body and my relationship with it,” Smith said near the beginning of the interview. “I haven’t really found any men talking about this, especially well-known men. I don’t hear a lot of guys talk about it — even now, it feels a bit weird because guys don’t talk about it. It doesn’t feel manly to talk about how I feel in my body every day.”

Smith also opened up about his body image in a moving Instagram post on Feb. 12. He wrote, “In the past if I have ever done a photo shoot with so much as a t-shirt on, I have starved myself for weeks in advance and then picked and prodded at every picture and then normally taken the picture down. Yesterday I decided to fight the f*ck back. Reclaim my body and stop trying to change this chest and these hips and these curves that my mum and dad made and love so unconditionally.”

Smith closed out his interview with Jamil by saying he’d want others to know that self-love isn’t a journey with a definite destination. “It’s a practice,” he said. “If you do get sad or depressed, you have to work [at] that every single day.” But self-forgiveness, he said, is so important. “It’s okay to trip up, and to be flawed.”

More like this
Janelle Monáe’s Nonbinary "Coming In" Was About "Truth & Authenticity"
By Brad Witter
"Lavender Haze" Star Laith Ashley Breaks Down Filming With Taylor Swift
By Jake Viswanath
Ozzie’s Coming Out Scene With Kitty On 'That ’90s Show' Has Twitter Sobbing
By Brad Witter
What The UK Blocking Scotland’s Gender Recognition Bill Means
By Sam Ramsden
Get Even More From Bustle — Sign Up For The Newsletter
From hair trends to relationship advice, our daily newsletter has everything you need to sound like a person who’s on TikTok, even if you aren’t.