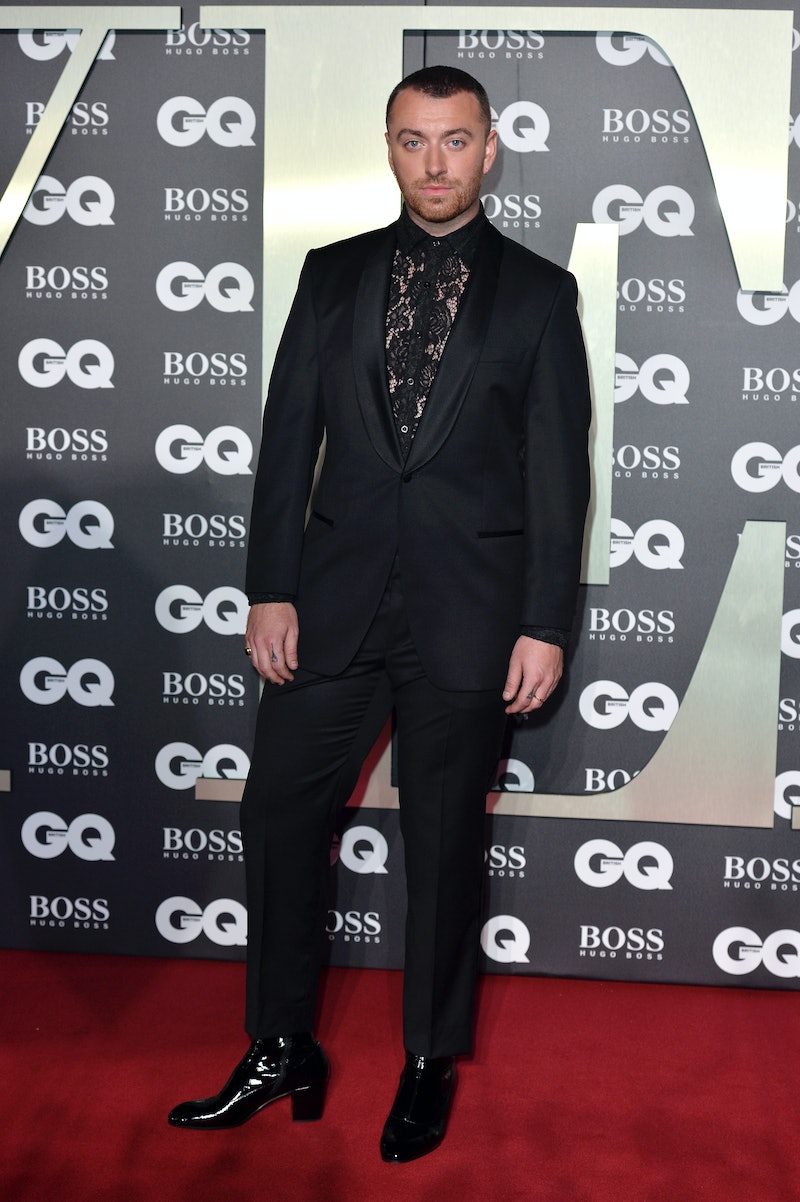 These heels are so much more than just shoes. Sam Smith wore a pair of Gucci heels to the 2019 British GQ Men of the Year Awards in the UK on Sept. 3, marking the first time the nonbinary singer has worn heels on a red carpet. Smith paired his heels with a sharp black suit and a lace shirt. The hem of Smith's pants was slightly cropped so he was able to show off his fabulous booties with the chunky platform heel.

To celebrate the style moment, the singer made a powerful personal statement on Instagram about wearing the heels at an award show put on by a men's fashion magazine. Smith, who previously came out as nonbinary in an interview with actor and activist Jameela Jamil for I Weigh Interviews, shared a picture of the shoes with a powerful caption after the award show.

He wrote, "Tonight I wore heels for the first time to an award show. I've just got home from a gorgeous evening and as I was walking to my front door, I stopped and listened to my heels clonking against the floor. And I just thought 'F**K YES!!' There was a time where I thought I'd never ever ever be able to be myself like this in front of the industry or anyone. It feels so good and I just wanted to share that with you all, and share a picture of my GORJ Gucci heels. They'll always be my virgin heels."

Smith previously told The Sunday Times that he often wore "women's clothing" during his teenage years. He even stated that there was a time in his life where he didn't own any male-coded clothing.

"I would wear full makeup every day at school — eyelashes, leggings with Dr Martens, and huge fur coats, for two-and-a-half years," he shared. "I got teased a lot for it. But there were also people respecting me for walking around like that in my school."

Smith saw loads of respect and love from fellow celebrities in the comments of the Instagram post about his liberating style moment. Singer Demi Lovato commented, "So proud of you," while vocalist Natasha Bedingfield declared, "Love u and love this story so much." Maggie Rogers and former Fifth Harmony member Lauren Jauregui weighed in with emojis to show that they also have his back.

Sam Smith is proof that fashion can be an agent of change — and that a stylish pair of shoes can make a bold and proud statement that's even louder than the clack of the heel against a floor.