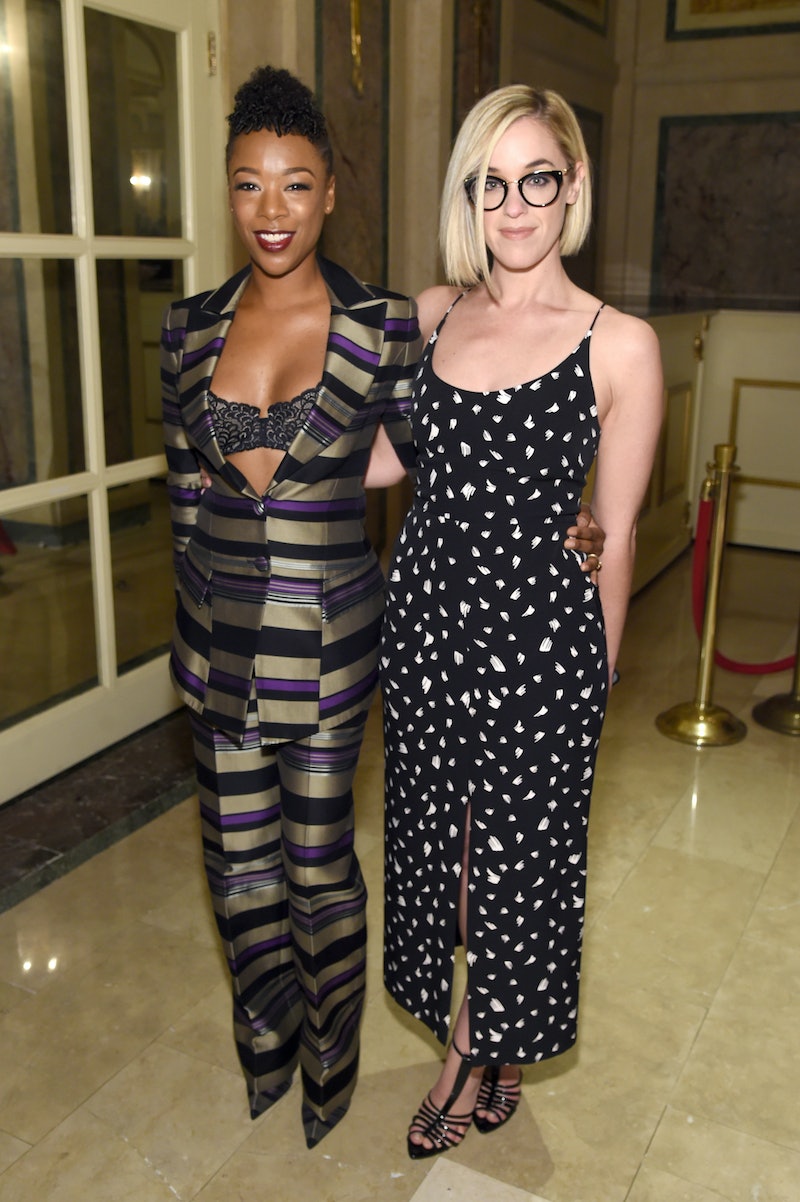 It looks like one of everyone's favorite actors from Orange is the New Black is officially off the market. According to Martha Stewart Weddings, Samira Wiley, who played Poussey on the Netflix original for four seasons, tied the knot with her longtime girlfriend Lauren Morelli, who's also a writer for the show. The newlyweds were married in an intimate, confetti-themed ceremony in Palm Springs on Saturday afternoon, in the same location where Morelli popped the question in early October, and the photo of Wiley and Morelli's wedding is absolutely stunning.

Both brides looked stunning in custom Christian Siriano ensembles; Wiley wore a gorgeous off-the-shoulder dress while Morelli donned a pantsuit complete with a cape and a decked out upper torso area. According to the magazine, the event was planned by Beth Helmsetter Events, and was apparently inspired by the couple's desire to have a fun, non-traditional day — and a non-traditional day it was.

The ceremony and party were given a confetti theme in honor of the couple's love for Funfetti cake. (Seriously, if designing your wedding after your favorite Pillsbury cake mix isn't relationship goals, then I don't know what is.) The ceremony, which ended with the couple strutting up the aisle to Montell Jordan's party anthem, "This Is How We Do It," was officiated by Wiley's parents, and soon after the "I dos" were exchanged, the newlyweds made their way to their reception to the tune of Justin Bieber's "Baby," because there obviously is no other way to make a grand entrance.

Wiley and Morelli met on the set of Orange is the New Black, and in 2014, the writer penned a moving essay for Mic in which she described how she realized she was gay while working on the show. Shortly after, she and Wiley went public with their relationship. Morelli opened up about her experience during an interview with Out Magazine in December, saying, “Samira became my outlet, and through that process I fell in love with her. But I thought, This will be the one that got away. Being with her felt too good to be true.”