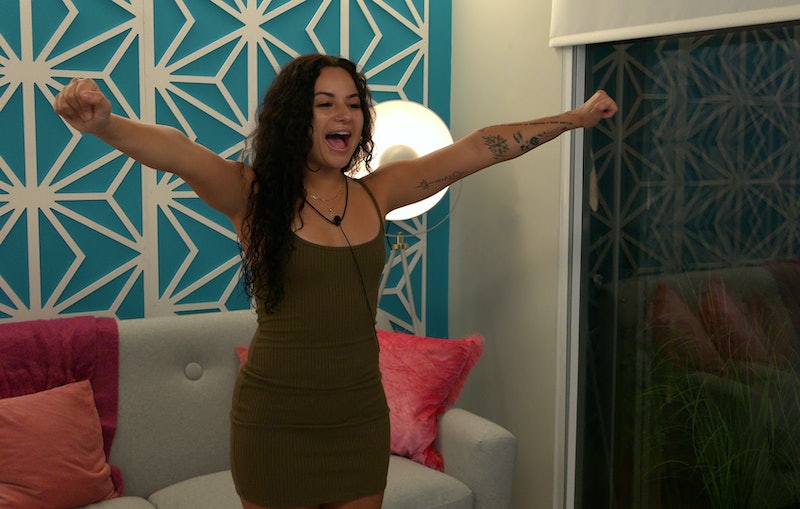 In addition to Instagram, she also has her own YouTube channel, where she discusses makeup, her sexuality, and eating crickets. In a post from July 2019, Sammie told her viewers that she was going to L.A. but couldn't share why. "I'm going to California for three days next week, and I won't be able to post any of it," she said as she applied a face mask. "I actually will be getting my electronics taken away.... But just know that something really crazy is happening, and you guys are going to know all about it in like, a couple months. Not any time soon." This was likely the beginning of her journey on The Circle.

And Sammie's excitement was well-founded, since the 25-year-old Miami resident came in third on the Netflix show. During her impressive run on the show, the contestant endeared herself to fans by calling out Alana for naming their group chat "Skinny Queens." And while Joey was a clear stand-out with many audience members, it was Sammie who won the Fan Favorite vote on Friday, Jan. 17, earning $10,000.

She's Kind to Her Younger Self

"[W]e did it babygirl. We've exceeded expectations," Sammie wrote to her younger self. "I'm so f*cking proud of you for not giving up when you thought the world was ending. You're so strong, you mean so much to so many people, and you won't stop until you get what you want and deserve. I commend you."

According to Sammie's LinkedIn, she's a registered behavior technician at a Florida practice called Behavior Analysis Inc. Previously, The Circle contestant graduated from Cabrini University in Pennsylvania, where she studied Psychology and Criminology.

The majority of Sammie's Instagram is dedicated to her selfie game, which is predictably strong.

She's Been Rocking That Tank Top Since Last Summer

Sammie often wore this sheer top with a strategically placed rainbow on The Circle, which she's seen rocking in this June 2019 Instagram.

Sammie Is a Hydration Queen

"Drink your water kids," she wrote underneath a particularly dewy selfie.

She Likes to Get Her Dance On

On her Instagram, Sammie breaks it down in a gigantic Spiderman T-shirt and busts a move in her bathroom after reaching 100K followers.

Now that she's won The Circle's fan favorite award, Sammie really has something to dance about now.