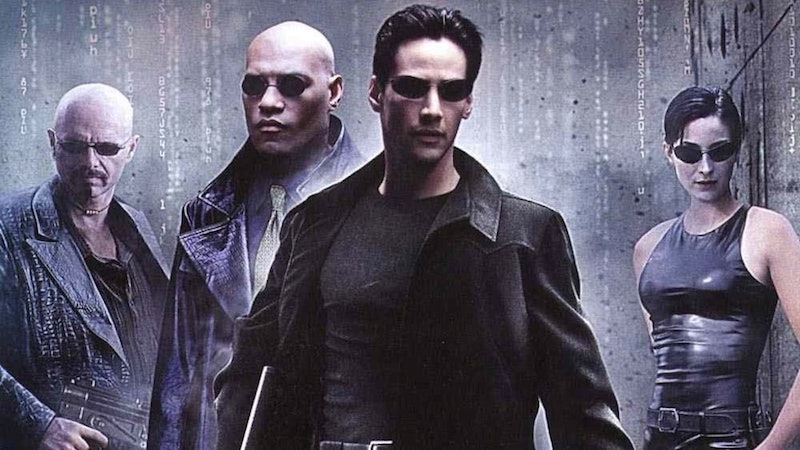 Unless you’re too young to have seen it or literally haven’t looked online in the last 20 years, you know about The Matrix, often considered one of the most iconic films of the ‘90s. But The Matrix you saw in theaters (or on your couch years later) was almost completely different. Sandra Bullock almost played Neo in The Matrix instead of Keanu Reeves, an interesting tidbit revealed by one of the film’s producers, Lorenzo di Bonaventura.

The producer opened up about the process of casting Neo in a recent interview with TheWrap, stating that the film’s studio, Warner Bros., wanted a big name attached to the project because directors Lana and Lilly Wachowski only had one directing credit in their portfolio prior to The Matrix (a mildly successful lesbian thriller entitled Bound). Brad Pitt was the first actor set to portray Neo, but he then backed out of the project. He was just the first of a streak of A-list actors who were later attached to play Neo, before pulling out of the role for various reasons.

“The first movie star who says yes is Brad Pitt, he’s doing Seven Years in Tibet and then he’s coming out of it and he’s like ‘I’m way too exhausted to take this on,’ so he’s gone,” di Bonaventura explained to TheWrap. “Then we go to Leonardo [DiCaprio]. He says yes, we have meetings with him and then he goes, ‘You know, I can’t go do another visual effects movie having just finished Titanic,' and he drops out. Then Will Smith joins it and he drops out.”

Smith revealed in February that he turned down The Matrix to make Wild, Wild West, which certainly was an interesting choice. The character was written as, and eventually played by, a man in the script, but di Bonaventura and fellow producer Joel Silver were reaching a dead end after Smith dropped out, and they decided to reach out to Sandra Bullock, an actor who they had worked with before.

“We went out to so many people I don’t remember. We were getting desperate,” di Bonaventura revealed. “We went to Sandy Bullock and said ‘We’ll change Neo to a girl.’ Joel Silver and I worked with Sandy on Demolition Man and she was and continues to be a very good friend of mine." The director continued, saying they reached out to the actor, "It was pretty simple. We sent her the script to see if she was interested in it. And if she was interested in it we would try to make the change.”

As we all know, Bullock didn’t end up in the film, with di Bonaventura saying The Matrix “just wasn’t something for her at the time.” In 2009, the actor, who coincidentally starred with Reeves in the classic Speed (1994) five years before The Matrix hit theaters, revealed to InStyle that she was also offered the role of Trinity, but declined for a different reason. "At the time, it wasn't cast with Keanu [Reeves], and I didn't see myself with the person they wanted [in it]," she said.

Bullock responded to TheWrap’s story through her representative, saying that she didn’t remember the specifics of the producers' pitch, but that the right person was ultimately cast for the role. While we can’t disagree with her, The Matrix starring Sandra Bullock does have a pretty nice ring to it.

More like this
The 'Scream 6' Trailer Shows Off Hayden Panettiere's Return & Ghostface In NYC
By Jack Irvin and Jake Viswanath
Sandra Bullock’s Razzies Speech Proves She’s The Ultimate Miss Congeniality
By Sam Ramsden
'Friends' Star Maggie Wheeler Offers Support To Matthew Perry After Reading His Memoir
By Alyssa Lapid
A New 'And Just Like That' Table Read Pic Confirms A Key Character's Return
By Jack Irvin and Grace Wehniainen
Get Even More From Bustle — Sign Up For The Newsletter
From hair trends to relationship advice, our daily newsletter has everything you need to sound like a person who’s on TikTok, even if you aren’t.