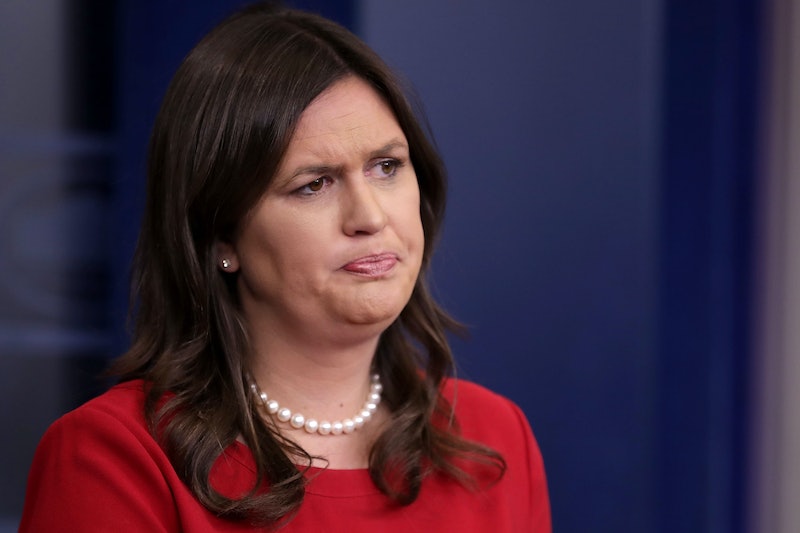 Since the current press secretary was asked to leave a Lexington, Virginia restaurant because of her work for the Trump administration, the United States has found itself in the grips of a moral dilemma. And this dilemma has unintended consequences. Multiple reports indicate that not only is the Red Hen facing backlash for asking Sarah Huckabee Sanders to leave, but the wrong Red Hens are, too. They're facing threats, fake orders, and fake dinner reservations.

The controversy stems from a tweet Sanders sent over the weekend. Her words ignited an unexpected controversy that has divided not only Republicans and Democrats, but also Democrats among each other.

I was told by the owner of Red Hen in Lexington, VA to leave because I work for @POTUS and I politely left. Her actions say far more about her than about me. I always do my best to treat people, including those I disagree with, respectfully and will continue to do so.

At the heart of the issue is whether or nor civility comes before protest. In other words, Trump opponents seem unable to decide whether or not it is morally just to protest individual Trump officials when they are doing things that aren't, at face value, political.

Many of the president's supporters, however, seem to have a clear stance on the issue, which led to hundreds of threats directed at restaurants which did not, in fact, ask Sanders to leave the premises.

Mike Friedman, the co-owner of one Red Hen, an unaffiliated restaurant located in Washington, D.C., told The Washingtonian that his establishment began receiving an inundation of comments, reviews, and threats the morning that Sanders tweeted about having been asked to leave.

According to The Washingtonian, the two restaurants had been mixed up before in the past, but never in such a vitriolic way. However, the D.C. eatery wasn't the only unsuspecting, similarly-named restaurant to suddenly find itself the target of abuse.

Another Red Hen restaurant, this one even further away, reportedly faced similar misdirected backlash in the aftermath of the press secretary's tweet.

"They were threatening, absolutely hateful, some really angry people," Shelly Deproto, owner of an Old Saybrook, Connecticut Red Hen told local news outlet, The Day. "It was nasty. They said we’re going to get you."

Her story was similar to Friedman's. As she told The Day, her restaurant was quite suddenly inundated with fake reservations, countless phone calls, and negative Yelp reviews following reports of Sanders's experience.

"This has gone beyond freedom of speech," Deproto said. "This is causing real damage."

Deproto also said that she has been trying to correct some of the damage done on websites that host reviews, though so far she has only been partially successful.

The Sanders incident is part of a larger conversation taking place in the United States, and it concerns whether or not there is such a thing as an inappropriate time to protest government officials. It's being fueled not only by individual incidents, but by encouragement from some political leaders. Over the weekend, for example, Rep. Maxine Waters encouraged citizens to personally confront Trump officials, wherever they may happen to be.

"You push back on them and you tell them they're not welcome anymore, anywhere," she said. She elaborated:

Waters was referring to the Trump administration's "zero-tolerance" immigration policy which resulted in thousands of children being taken away from their families. Her remarks provoked outrage from Republicans, some Democrats, and even Trump himself.

It's a divisive issue with no clear resolution in sight. And for owners of restaurants named the Red Hen, it's causing quite the commotion.