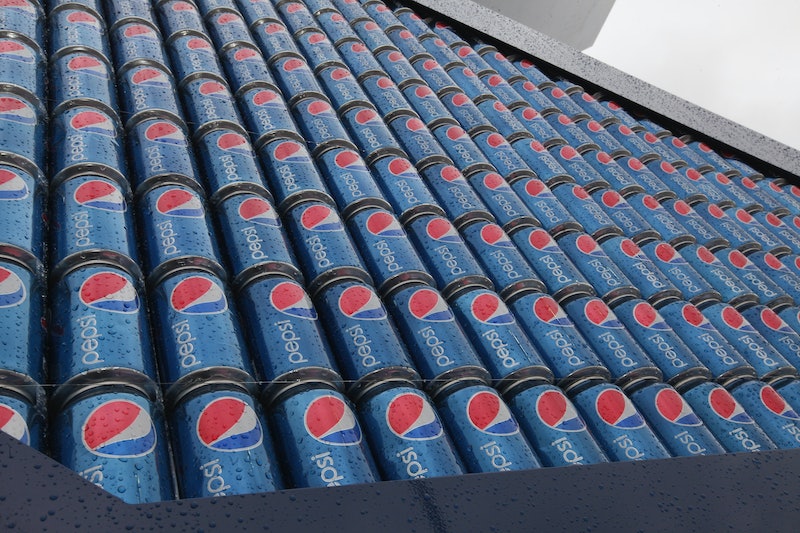 Saturdays are the best day of the week, and especially when Saturday Night Live is on. The show took some extremely hot takes on this week's news, and absolutely killed their coverage of one of the week's more unbelievable stories. Saturday Night Live slammed the Pepsi Kendall Jenner commercial, but made a great point about how the underlying problem behind the commercial can be avoided on a regular basis.

If it's somehow possible that you didn't watch the already infamous commercial yet, it features Jenner stopping a protest, reminiscent of a Black Lives Matter march, by handing a police officer a Pepsi. Although the Internet was tied up in Jenner's responsibility for and participation in the creative content, the SNL sketch focused on another person connected to the commercial — the director. Beck Bennett played the commercial director who excitedly answered a call from his sister to tell her about the inclusive and inspiring commercial he had come up with. However, she, and a few others the director had her put on the phone, saw the troubling racially insensitive connotation.

The sketch was a clever take on the commercial, because it shows that sometimes even the best intentions can turn into problematic actions.

Although it probably wasn't the way the commercial's development process actually went down, the message behind the sketch is still an important lesson to be taught to those who want to consider themselves white allies. Racial allusions can be offensive if you don't realize it, so it's always smart to consult a trusted source. Keep in mind, though — it's not necessary to ask a person of color, because sometimes one of the best ways to be an ally is by making sure that POCs don't always have the responsibility of educating others.

Ultimately, the Pepsi/Jenner Debacle™️ isn't a big deal in comparison to everything else that happened this week. But this breakdown of the commercial provided an important take on it that everyone should see. The sketch connects the commercial to a larger problem facing American society — how to handle the intersection of race and media.