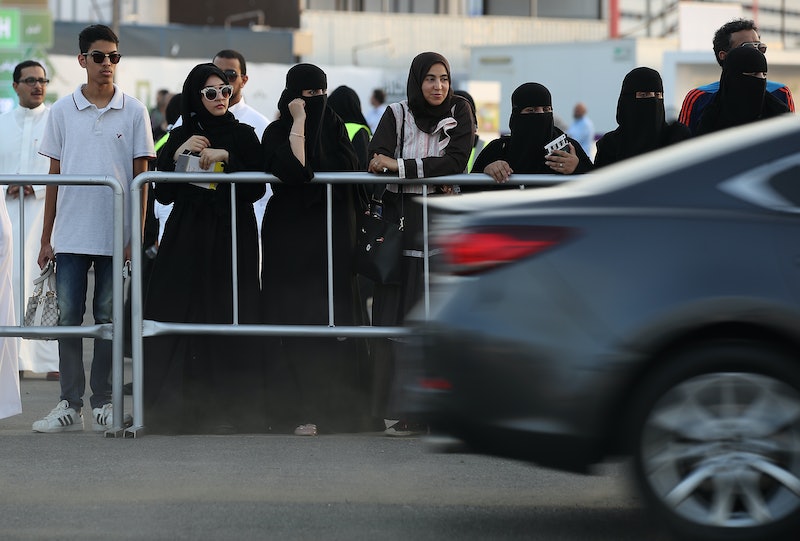 Despite the fact that women in Saudi Arabia are now allowed to drive, some of the activists that made it happen remain in jail — in conditions akin to torture, a new report from British Parliament panel says. Saudi women activists face torture in jail that includes sleep deprivation, assault, threats of rape, and solitary confinement. The report adds that if they are not given access to medical help soon, they could face lifelong health conditions.

The report was put together by three British MPs from different political parties, based on the cases of eight women — all of whom were jailed for their work on winning the right to drive. The kingdom did change the law and now allows women to drive, but it is giving the credit to Crown Prince Mohammed bin Salman and continues to condemn the activists, The Guardian reported.

The MPs call on Saudi Arabia to release the prisoners — who they were not able to meet with — and to persecute their abusers. "The Saudi women activist detainees have been treated so badly as to sustain an international investigation for torture," Crispin Blunt, a Conservative MP from Prime Minister Theresa May's party said in a statement provided to Al Jazeera.

One of the men allegedly responsible for the torture is reportedly connected to the murder of journalist Jamal Khashoggi in the Saudi embassy in Turkey. Reuters reported in December that Crown Prince Mohammed bin Salman's top aide, Saud al-Qahtani, who was fired for his role in the killing had also overseen the torture of "at least one" of these detained activists. (Reuters was unable to reach al-Qahtani for comment.)

Three sources told Reuters that groups of men from the Saudi Federation for Cybersecurity, Programming, and Drones had used sexual harassment, electrocution, and flogging to torture the woman in an unofficial holding facility. The prince's former aide was reportedly in charge of that group at the time and was present for some of the torture, according to Reuters.

The Guardian reported that Saudi Arabia denies it has political prisoners or has used torture. "The kingdom of Saudi Arabia's judiciary system does not condone, promote, or allow the use of torture," the kingdom said in a statement given to Sky News.

The report from the British MPs confirms many of the details laid out by independent human rights watchdogs like Amnesty International and Human Rights Watch. “Any brutal torture of Saudi women activists would show no limit to the Saudi authorities’ campaign of wanton cruelty against critics and human rights activists," Michael Page, deputy Middle East director at Human Rights Watch, said in a statement in November. "Any government that tortures women for demanding basic rights should face withering international criticism."

Both the MPs and the human rights groups have requested to see the detainees, but their requests have been denied. "The Saudi Arabian government does not welcome oversight of the detainees’ condition in detention," the report reads.

Human Rights Watch suggests that means the torture allegations are true. "Saudi Arabia’s consistent lies about senior officials’ role in Jamal Khashoggi’s murder mean that the government’s denials that it tortured these women activists are not nearly good enough," Page said in statement.

International pressure got the kingdom to reassess its Khashoggi denials, and it might work to free these women, too.