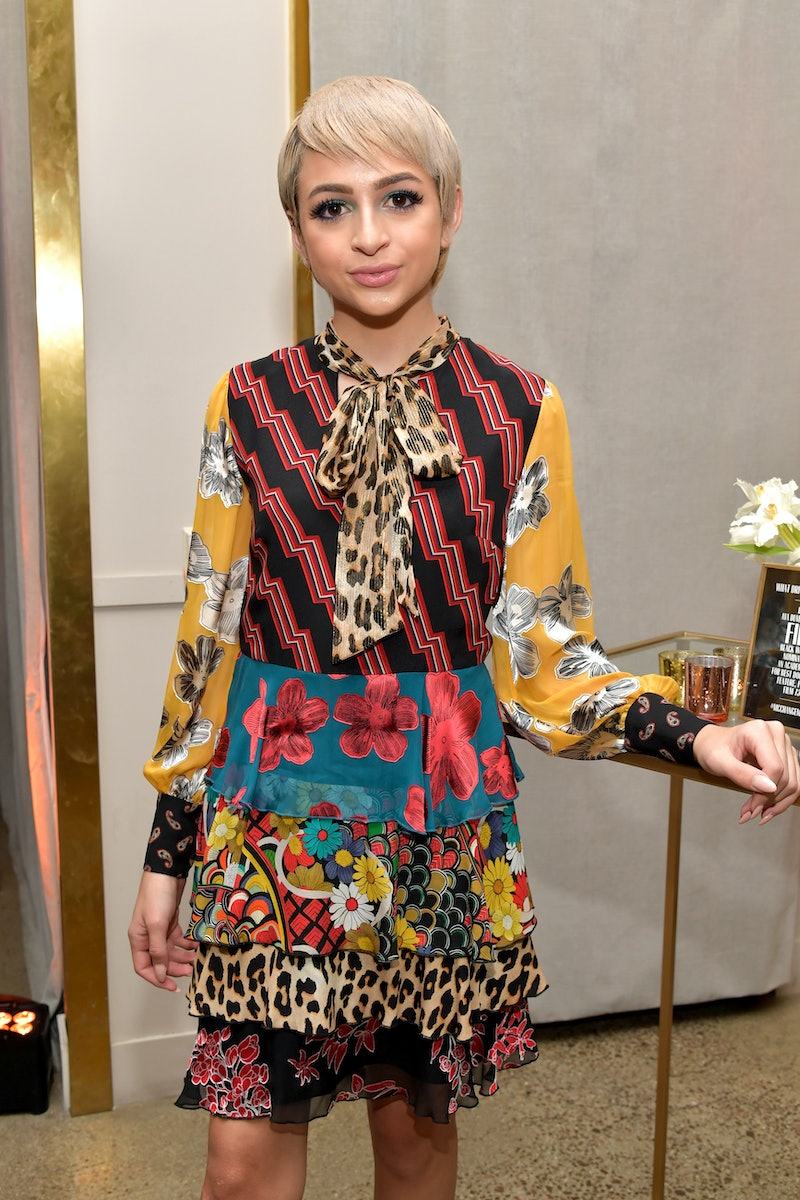 Bayside High is about to welcome a new student into the fold. According to The Hollywood Reporter, Champions star Josie Totah has been cast in the Saved By the Bell reboot, which is set to launch sometime in this year on the new NBCUniversal streaming service, Peacock. Totah will serve as the lead in the series, playing Lexi, who is described as a beautiful, sharp-tongued cheerleader and the most popular girl at Bayside High, where she is both admired and feared by her fellow students.

Totah isn't the first cast member to be announced for the upcoming revival series. She joins original series stars Mario Lopez and Elizabeth Berkley, who are slated to reprise their former roles as A.C. Slater and Jessie Spano, respectively. The former iteration of Saved by the Bell ran for a total of four seasons from 1989 to 1993 and centered around a group of high school kids in a California as they attempted to navigate the highs and lows of teenage life. A spinoff show, Saved by the Bell: The College Years, also ran for one season from 1993 to 1994, but was canceled shortly thereafter.

But while the reboot is sure to tackle similar coming-of-age themes, it won't be an exact replica of the original. According to Entertainment Weekly, the new series will follow the ramifications that come after California Gov. Zack Morris (originally played by Mark-Paul Gosselaar) ends up closing too many low-income high schools. As a solution to the problem, he proposes all of the students affected by the closings should get sent to the highest-performing schools in the state — which include his alma mater Bayside High. That's where Totah's Lexi will come into play.

The young actor is best known for portraying Michael Patel in Mindy Kaling's comedy series Champions, which aired for one season back in 2018. Totah came out as transgender months later that same year in an essay for Time in August 2018. “In the past, I’ve halfway corrected people by telling them I identify as LGBTQ,” Totah wrote at the time. “I wasn’t ready to be more specific. I was afraid I wouldn’t be accepted, that I would be embarrassed, that the fans who knew me from the time when I acted in a Disney show would be confused."

Totah added: "But I realized over the past few years that hiding my true self is not healthy. I know now, more than ever, that I’m finally ready to take this step toward becoming myself. I’m ready to be free." Saved by the Bell will be her second major role since coming out.

The Saved by the Bell reboot has yet to be given an official release date, but considering that Peacock is set to launch in April 2020, it may only be a few months from now until class at Bayside High is back in session.

More like this
'Friends' Star Maggie Wheeler Offers Support To Matthew Perry After Reading His Memoir
By Alyssa Lapid
The 'Scream 6' Trailer Shows Off Hayden Panettiere's Return & Ghostface In NYC
By Jack Irvin and Jake Viswanath
Man Meets Politics: ‘Boy Meets World’ Star Ben Savage Is Running For Congress
By Jake Viswanath
Anne Hathaway Shared A "Thrilling" 'Princess Diaries 3' Update
By Darshita Goyal
Get Even More From Bustle — Sign Up For The Newsletter
From hair trends to relationship advice, our daily newsletter has everything you need to sound like a person who’s on TikTok, even if you aren’t.