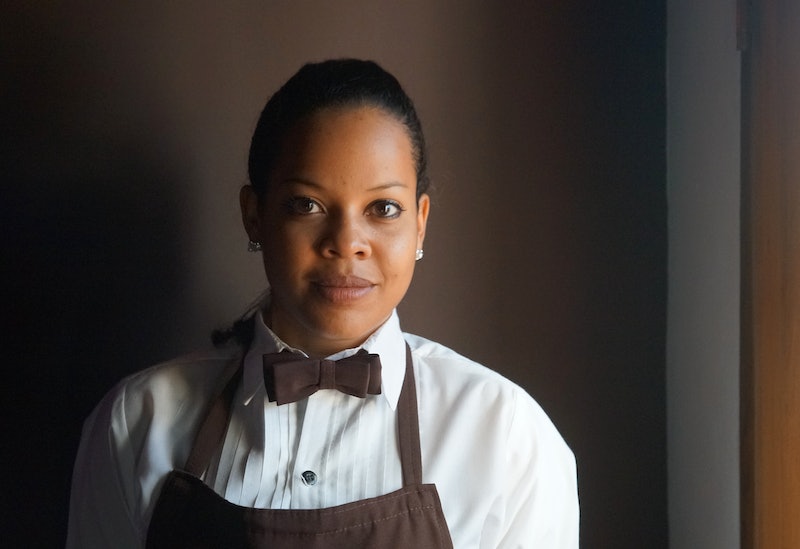 Photo by Steven Cleghorn on Unsplash

Countless people across the country shared their experiences of sexual assault this year, and many of those they accused faced justice. Even so, the #MeToo movement has left behind workers in certain industries. In the realms of politics, Hollywood, and the media, implicated employees have been fired and leaders have grappled with how they encouraged the development of sexist workplace cultures. But women, trans people, and nonbinary folks have been speaking out in other industries, too, without receiving a similar response.

Many have argued that #MeToo was only possible because it was initiated by Hollywood scandals. We're taught to relate and project what we like on to movie stars, especially because they often (though less so recently) maintain apolitical presences. People were inclined to care about the stories of Harvey Weinstein's accusers because those figures were familiar and beloved. What's more, most of his accusers were white women, and our culture teaches us to trust in white women's innocence and victimhood. As Teresa Younger of the Ms. Foundation for Women told The Washington Post, film producer Harvey Weinstein's accusers tended to be "wealthy white women whose images people have seen for years and years. ... They were trusted and believed."

But we know that sexual assault affects one in four women, not just rich white celebrities. We also know that the fields containing the most women are education, nursing, office and administrative support, and customer service, according to the Bureau of Labor Statistics, and none of those industries have so far been forced to face a major #MeToo moment. The industries that experienced the most sexual harassment charges from women between 2005 and 2015 were the accommodation and food services, retail trade, health care and social assistance, and manufacturing, according to the Equal Employment Opportunity Commission.

So what about those victims? Here are just a few examples of industries in which women have spoken out, but not yet been widely heard.

It's no secret that Silicon Valley is dominated by men. Around 25 percent of its workers and 11 percent of its executives are women, according to the National Center for Women & Information Technology and Fenwick & West LLP (Black women and Latinas are particularly underrepresented). Furthermore, nearly 90 percent of those controlling investments at the leading 72 firms are men, the Information and Social Capital venture capitalist firm reports.

In 2016, venture capitalists put $1.5 billion into startups founded by women but $64.9 billion into those founded by men. As CNN Tech points out, female founders are typically pitching male venture capitalists, often in "informal locations" and "after working hours." That has led to many instances of harassment. In a 2015 survey of 200 women in senior positions in Silicon Valley by The Elephant in the Valley, 60 percent said that they had been subjected to undesired sexual advances from coworkers.

As entrepreneur Denise Brosseau told CNN Tech, "Until this is an economic imperative, nothing will change." Some women in tech remain silent about harassment because they feel that reporting it will just alienate them from other employees. A better option, they feel, is to maintain a good rapport with their coworkers, get promoted, and work to change the culture from a position of power. In a 2017 study from Baloonr (an anti-workplace bias company) about addressing the problem of sexism in the tech industry, about a third of participants said that the best way to fix the issue was to have more women in leadership.

The financial district, and especially its leadership, continues to be male-dominated. A 2014 study from the recruiting firm Vettery found that Wall Street analysts are 77.5 percent male. Women make up only 2 percent of the CEOs in the S&P 500's financial services firms, according to the U.S. Equal Employment Opportunity Commission.

In an essay on Crooked.com, Julissa Arce — a former female employee of Goldman Sachs — shared her experience of sexual harassment on Wall Street. In one example, she described a private wealth advisor who allegedly made advances toward her, followed her to her hotel, and attempted to enter her room. Arce says that sexual misconduct is common in the financial district but is often ignored because of the conservative climate.

"People get fired for speaking to the media without prior approval, internship offers are rescinded if prospective interns are found to have offensive social media profiles, group emails are always addressed to the most senior recipient," she wrote. "Wall Street ... demands conformity in all professional interactions; except for the latitude men are given to intimidate women."

She described the repercussions that women often face when they speak out about the sexual misconduct they've witnessed or experienced. "Women on Wall Street, like women in every profession, are made to fear that standing up to abusive bosses will get them blackballed. But women who are the bosses are often confronted with a terrible choice: play nice or watch the boys trash their reputations."

Of course, people have long known about Wall Street's sexist culture and the penalties women face for speaking out. In 1999, for example, The New York Post revealed that the district's female workers were afraid to report harassment and sometimes received rape and death threats when they did.

Author and former investment banker Maureen Sherry addressed the problem last year in her novel Opening Belle, which features Wall Street women who band together to address the sexism they face. Sherry told Cosmopolitan that she had first tried to write a nonfiction memoir, but: "What I was getting myself into was a legal quagmire. I'd be defending myself, and I'd be embarrassing people, and that was never my intention." The threat of repercussions discouraged Sherry from getting too specific about misogyny on Wall Street, even for a book intended to draw attention to that very problem.

Service industries like transport, retail, and food service are often populated with low-wage workers who don't have the financial cushion required to take on the risk that can come with speaking out about sexual misconduct. That's especially problematic because low-income women are known to experience particularly high rates of sexual violence, as the Bureau of Justice Statistics reports. What's more, workers in service industries are often taught to act as though "the customer is always right": When misconduct is perpetrated by a customer, employees may feel encouraged to excuse that behavior.

A Hands Off, Pants On report on sexual harassment in Chicago hotels noted: "The social and economic status of the male guests who frequent hotels, casinos and convention centers often contrasts sharply with that of the women who work there. This creates a power dynamic ripe for abuse." It found that among the city's casino cocktail servers, 65 percent said they had been groped by guests.

In its "Person of the Year" feature for 2017, TIME discussed the problem of women in service industries being left behind by #MeToo. It told the stories of hotel housekeepers who experienced assault from guests and coworkers and remained silent because they couldn't afford to risk losing their jobs. One worker at New York's Plaza Hotel said, "It's a dream to be an employee there ... And then you find out what it really is, and it's a nightmare."

In 2016, service members reported a record 6,172 instances of sexual assault. Female veterans commit suicide at 250 times the rate of female civilians, according to The Day, and female veterans who experienced sexual trauma during their enlistment are at even greater risk of harming themselves. Despite this, harassment and assault in the military has not had a large place in the media conversation around #MeToo.

In response to the lack of attention, hundreds of women who work in the field of national security, including members of the military, wrote an open letter about sexual misconduct in November. "This is not just a problem in Hollywood, Silicon Valley, newsrooms or Congress," they wrote. "We, too, are survivors of sexual harassment, assault, and abuse or know others who are."

There's an obvious theme here: Victims of sexual assault receive less support when they work in jobs that disempower them. Sometimes that's because they are women working in a male-dominated field. Sometimes it's because their industry doesn't empower its employees in general — maybe its workers are not unionized, are trained to be overly deferential, or are just paid poorly. The reasons are myriad, but the point is clear: Going forward, #MeToo needs to take more steps to address the victims who have not yet received attention and justice.