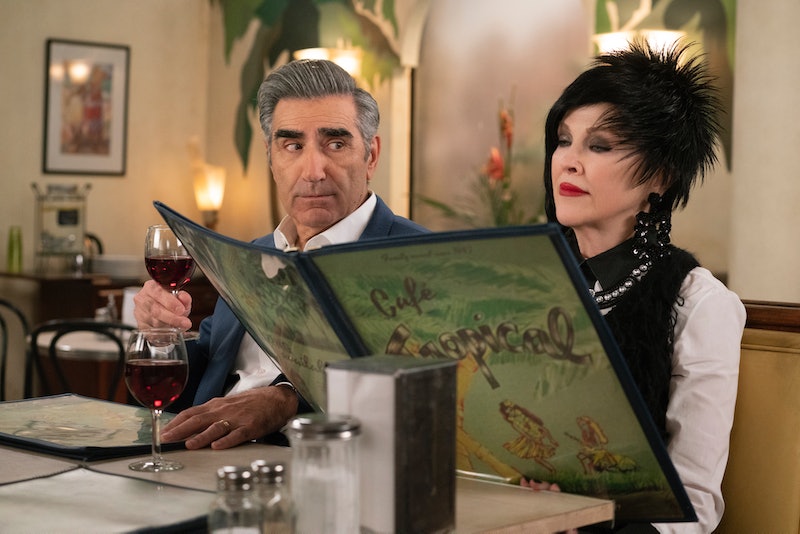 “We are very excited to announce that ‘Schitt’s Creek’ is coming back for a sixth season on CBC and Pop in 2020," they said. “We also wanted to take this opportunity to let you know that we have decided Season 6 will be our last." The duo explained that they felt it was time to finish the story in the way that they planned since the beginning. They continued:

"We are so grateful to have been given the time and creative freedom to tell this story in its totality, concluding with a final chapter that we had envisioned from the very beginning. It’s not lost on us what a rare privilege it is in this industry to get to decide when your show should take its final bow. We could never have dreamed that our fans would grow to love and care about these characters in the ways that you have.”

Naturally, fans have not reacted well to the bittersweet news. While some viewers are thrilled that the show has been granted one more season and will receive a proper conclusion, others are just dismayed by the announcement — or flat out refusing to accept it.

However, some Twitter users saw the bright side of the announcement and expressed gratitude that the show will end on the creators' terms. Many fans decided to pay tribute to the comedy upon hearing the news, praising the characters, its forward-thinking depiction of queer relationships, and of course, the iconic GIFs the show spawned.

The show's networks are also already reminiscing about the cult-classic comedy. “Schitt’s Creek is that rare zeitgeist show that creates incredible fandom, catalyzes culture, and receives best-of-television critical praise for its intelligence, character development, laughter and heart,” President of Pop Brad Schwartz said in a statement obtained by Bustle. He continued:

"Schitt’s Creek has given all of us a joyous gift that, in my opinion, places the show among the very best. Everyone at Pop could not be more proud than to have been associated with what Dan Levy and Eugene Levy created alongside this amazing cast and crew. While we will miss this gem with all our heart, we are thrilled that the show will end its run exactly as the show’s creators intended.”

Luckily, fans can still look forward to a lot more Schitt's Creek before the show comes to an end. The final season will consist of 14 episodes, which are set to air in 2020. According to the statement obtained by Bustle, the show is currently in pre-production, with shooting scheduled to start in a few weeks. In the meantime, fans can watch the adventures of Johnny, Moira, David, Alexis, and the Schitt's Creek residents on the show's fifth season, airing right now on POP, and binge-watch previous seasons on Netflix. Schitt's Creek forever!

More like this
UK Viewers Are Now Able To Board Seth Macfarlane’s 'The Orville'
By Frances Stewart
Everything To Know About 'Evil' Season 4
By Meguire Hennes
Does 'Locke & Key’s Ending Mean There Could Be A Season 4?
By Sophia Moore
'The Sandman’s Ending Is A Departure From Neil Gaiman’s Comic Book Series
By Kadin Burnett
Get Even More From Bustle — Sign Up For The Newsletter