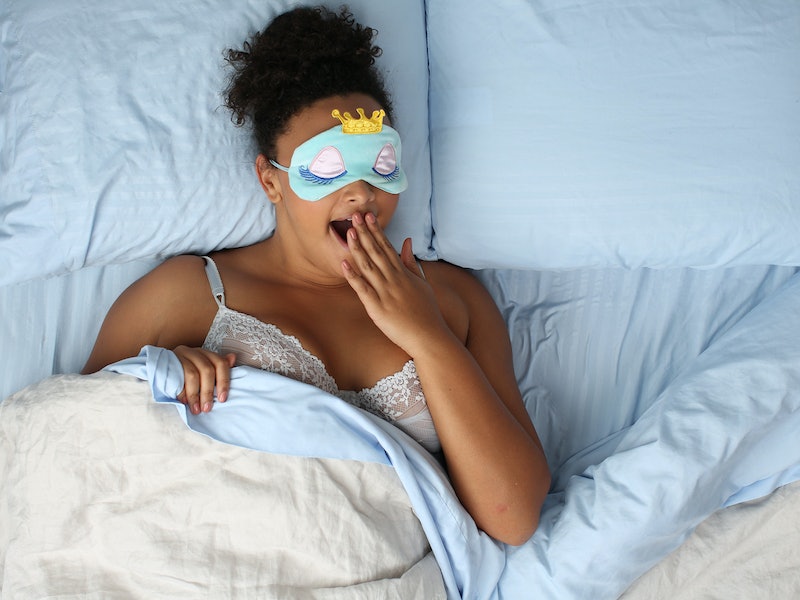 Yes, you do in fact need to get a good night's sleep, and no, I am not just imitating your mother when I say that. Scientific research keeps reinforcing the value of sleep for our mental and physical health; we've even identified the brainwaves, shaped like Princess Leia-ish buns on each side of the brain, that help consolidate memories as we slumber. But if you've tried everything — putting away devices an hour before bed, chamomile tea, relaxing breathing, counting various farm animals — and aren't capable of getting your full 8 hours, there are other scientific methods out there known to improve sleep quality and quantity. They do, however, get a little odd.

While the first stop for everybody who's having serious sleep problems should be the doctor, who will likely look at your diet and caffeine intake (plus a bunch of other factors) to determine where the problem might lie, it's always interesting to look at what some of the world's more obscure sleep science studies have prescribed. Some of the cures they advise are innocuous, while others a bit more far-fetched, but they all come with the promise that they could in some way help out a sleep-deprived person who just wants some shut-eye. And what better way to celebrate Sleep Awareness Week? Get out your cheese and jasmine flowers and let's do this.