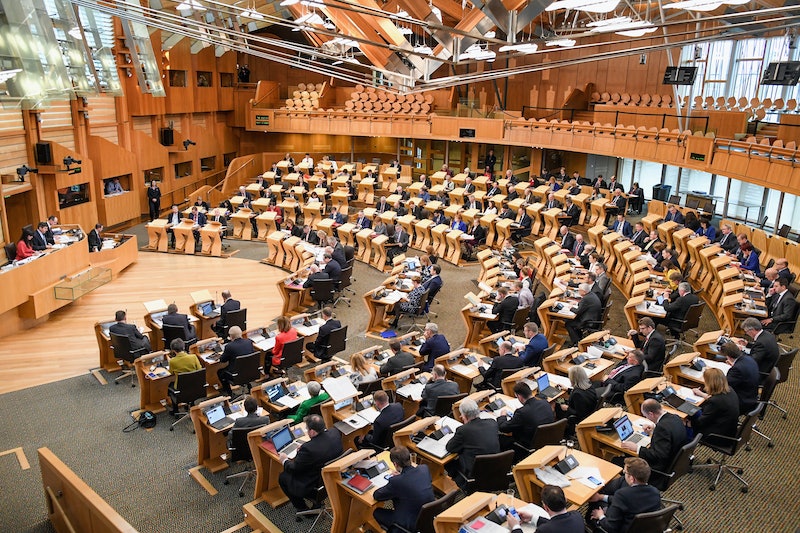 Last year, the Scottish government decided that women should have the right to take the miscarriage-inducing drug misoprostol within the comfort of their own homes. This week, a judge threw out a challenge to that decision, arguing that Scottish women can take abortion pills at home, under the premise that a doctor does not need to physically hand the pill to a patient in order for it to be safe.

"As a generality, it seems to me that patients who self-administer medication at home may still be described as being treated by their medical practitioner who remains in charge of that treatment," Judge Lady Wise wrote in her decision, according to The Guardian.

Scotland was the first part of the U.K. to allow women to take the drug at home. The anti-abortion group Society for the Protection of Unborn Children (SPUC) Scotland challenged the government's decision, arguing that taking the drug at home posed a risk to women's health. Their challenge was based upon the 1967 Abortion Act, which requires that women who undergo abortions do so in a medical facility, the BBC reports.

However, Judge Wise compared taking the drug to diabetics self-administering insulin, according to the BBC. "Regardless of place, there is no need for a doctor to hand the medication to the woman personally," Wise wrote.

Most abortions in the U.K. take place within the first 12 weeks of gestation, The Guardian reports, and the vast majority of those abortions are medicinally induced, as opposed to surgery-reliant. More than 80 percent of abortions performed in Scotland in 2016 alone were reportedly initiated by miscarriage-inducing drugs, also according to The Guardian.

One major reason that proponents support a women's right to take misoprostol at home has to do with comfort and dignity. Typically, medicinally-induced abortions take place with a combination of two drugs. First, the woman takes drug that blocks progesterone, a hormone that maintains pregnancy. Then, she takes misoprostol, which generally induces heavy bleeding within an hour, according to several reports.

"It will allow women to avoid the distress and embarrassment of bleeding and pain during their journey home from an unnecessary second visit to a clinic or hospital," said Prof Lesley Regan, president of the Royal College of Obstetricians and Gynaecologists, according to the Telegraph. "Ultimately, it will help to improve women's access to safe and regulated abortion care and take pressure off NHS services."

SPUC maintains that the policy is unlawful and has said it intends to appeal the decision. “We maintain the belief that our arguments convincingly exposed the unlawfulness of the actions taken by the Scottish Government which are in contravention of the law,” SPUC chief executive John Deighan said following the ruling, according to i, a British newspaper. “For the sake of women’s health and the universal right to life we cannot stand idly by whilst such a detrimental measure is implemented in the name of health care.”

For now, however, the judge's ruling stands. For the foreseeable future, women in Scotland will maintain the right to take misoprostol wherever they are most comfortable.