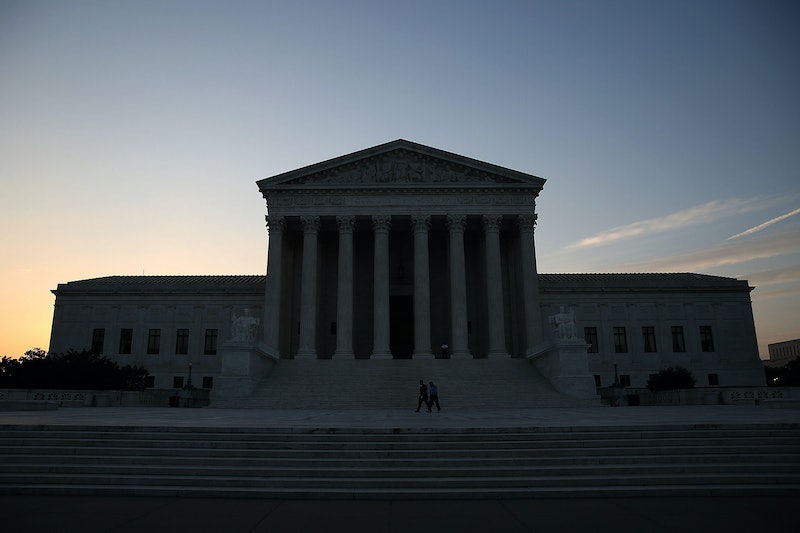 The specific law under the Supreme Court's consideration was a section from the Immigration and Nationality Act, passed in 1952, which said that children born out of wedlock to American mothers and American fathers should be treated differently in terms of naturalization. Currently, the law dictates that children of a U.S. father must live in the country for a longer period of time than those born to a U.S. mother before being granted citizenship. These immigration rules, Justice Ruth Bader Ginsburg's wrote in a ruling, "date from an era when the lawbooks of our Nation were rife with overbroad gen­eralizations about the way men and women are."

Furthermore, the outdated rule betrays a certain amount of anxiety about bringing foreign children into the United States, wrote Ginsburg.

Concern about the attachment of foreign-born children to the United States explains the treatment of unwed citizen fathers, who, according to the familiar stereotype, would care little about, and have scant contact with, their nonmarital children. For unwed citizen mothers, however, there was no need for a pro­longed residency prophylactic: The alien father, who might transmit foreign ways, was presumptively out of the pic­ture.

Essentially, the court's ruling requires Congress to consider men and women, mothers and fathers, as equals in the transference of citizenship, according to the ACLU's Sandra Park, senior staff attorney for the civil liberties organization's Women's Rights Project.

According to a statement by Park:

With two million single fathers currently caring for their children in the U.S., it is high time that this outdated law — rooted in the stereotype that mothers, not fathers, are responsible for their children — is declared unconstitutional," Park said in a statement. "That the court struck down a law governing nationality and immigration also underscores that the government must abide by the Constitution's limits in this arena, as in all others.

Though it declared the rule unconstitutional, the Supreme Court left it up to Congress to determine the equal treatment of children born to a U.S. citizen and their unwed partner.

"We hold that the gender line Congress drew is incompatible with the requirement that the Government accord to all persons 'the equal protection of the laws,'" Ginsburg wrote, later adding, "In the interim, the Government must ensure that the laws in question are administered in a manner free from gender-based discrimination."