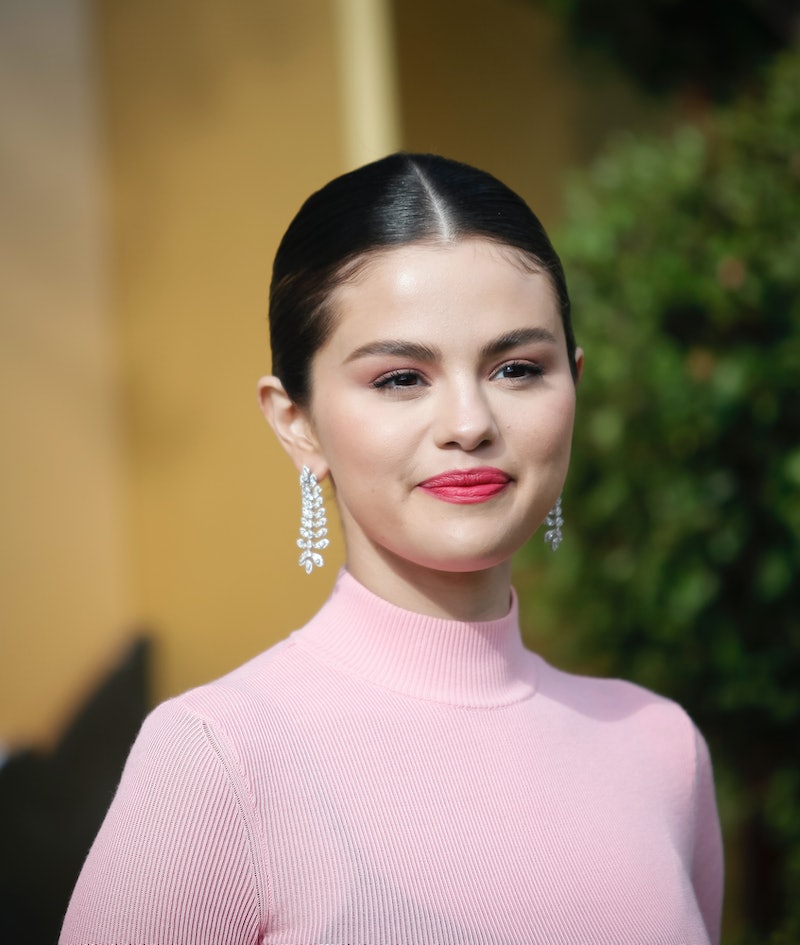 During a new interview with NPR, Selena Gomez alleged Justin Bieber was emotionally abusive during their relationship. In the Sunday, Jan. 26 interview, the singer discussed the origins of her single "Lose You To Love Me," and confirmed that the song is about ending an unhealthy relationship. Prompted by the interviewer, Gomez confirmed the partner being discussed was Bieber, stating, "I do feel I was a victim to certain abuse." The singer went on to clarify that she meant emotional abuse. Bustle reached out to Bieber's representatives for comment on Gomez's claims, but did not receive an immediate response.

Gomez said that "Lose You to Love Me" allowed her to get "a respectful closure" that she wasn't otherwise afforded at the end of her relationship with Bieber. "It was very difficult and I'm happy it's over," she said. She added that the song was "a great way to just say, you know, it's done," and it represented her "stepping into a whole other chapter."

Between 2014 and 2018, Bieber and Gomez dated on and off. The two got back together in December 2017, but parted ways again in March 2018, according to Elle. In September 2019, Bieber said he had "abused all of my relationships" in a confessional Instagram post. He wrote that, during a time of heavy drug-use, he, "became resentful, disrespectful to women, and angry. I became distant to everyone who loved me, and I was hiding behind a shell of a person that I had become." He continued, "It’s taken me years to bounce back from all of these terrible decisions, fix broken relationships, and change relationship habits."

Gomez discussed the relationship in the larger context of her latest studio album, Rare, during the interview with NPR. The singer said the album was an opportunity to, "tell my story the way that I want to tell it" following a difficult couple of years in the public eye. In addition to her split with Bieber, she also discussed her struggle with lupus, undergoing a kidney transplant, and suffering from anxiety and depression.

When asked about the period following her breakup, the singer said she "found the strength in it." She continued by noting that creating the album helped her process the experience. "I had to find a way to understand it as an adult. And I had to understand the choices I was making," she said.

She added that she came out on the other side of her struggles feeling stronger than ever. "As much as I definitely don't want to spend the rest of my life talking about this, I am really proud that I can say I feel the strongest I've ever felt and I've found a way to just walk through it with as much grace as possible," she said.