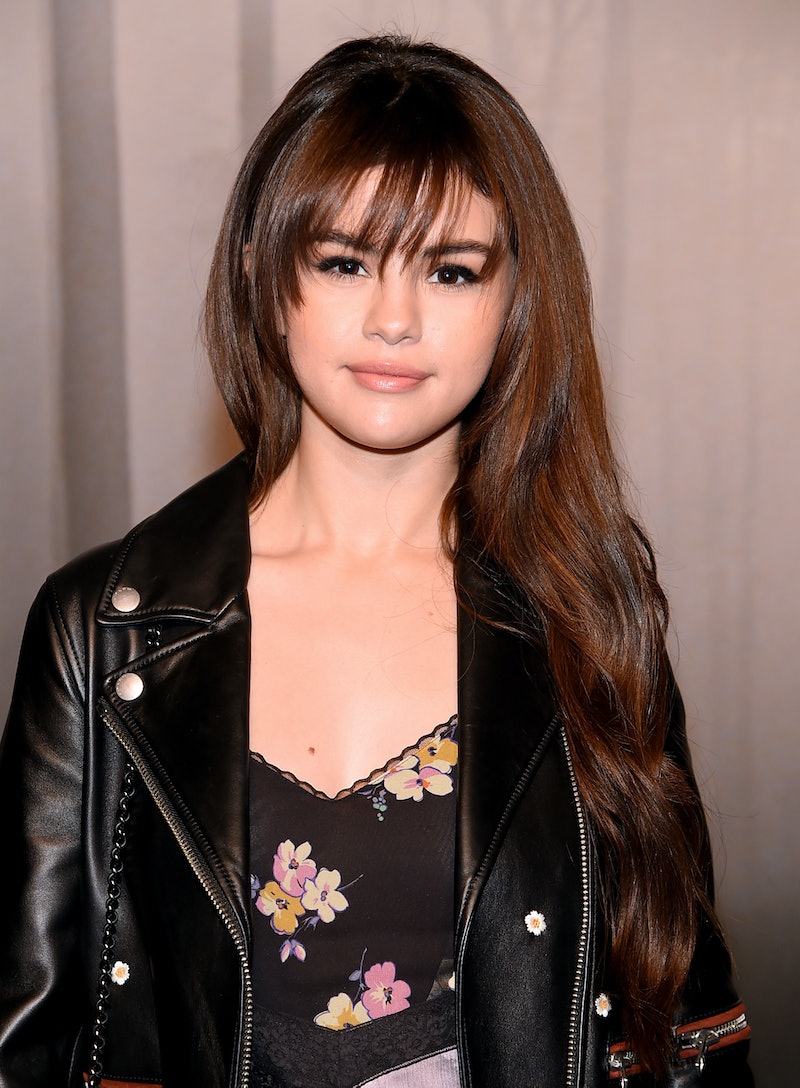 From the outside, being a celebrity seems like a lot of fun, but there's one obstacle many of them have to face in their daily lives that is definitely not fun: the paparazzi. And a certain star has decided she's not going to put up with it. Selena Gomez told paparazzi they were scaring her when she ran into them last week, and even though that should be all she needed to say to get the space she wanted, the photographer still didn't back down right away.

In a video that surfaced on Twitter on April 7, Gomez is walking to her car in a parking lot when paparazzi start following her, asking her questions about her relationship with Justin Bieber. Then, Gomez stops and says to the woman, "Can I just have the rest of the day, because you're kind of scaring me." The woman then says that there are "other guys" around and it's competitive, but Gomez just throws out, "sorry" and gets in her car.

It does sound like Gomez is trying to mock the paparazzi for the sweet, soft voice she's using while asking a total stranger questions about her love life — and if Gomez wants to get sassy, it's totally within her rights. It's also totally within her rights to insist on maintaining her own personal space and to be able to leave a parking lot safely.

Running in and grabbing a drink somewhere is something that most of us do on a regular basis, including Gomez, but in her case, just the act of running errands seems impossible sometimes when it means she's being followed. She might be a celebrity, but she's still human — and she still deserves to be treated with basic decency and respect, even if catching her on film will help someone get a bigger paycheck.

This isn't the first time paparazzi have made Gomez uncomfortable, since this is a topic she's addressed in the past. In February, paparazzi blocked her from getting lunch while she was out after a pilates class, and it drove her to the point of turning around and leaving where she was trying to eat to find somewhere else to get food. And in an interview with Business of Fashion last year, she admitted that it's something that has made her feel "violated" since she was younger. She said:

"I remember just feeling really violated when I was younger, even just being on the beach. I was maybe 15 or 16 and people were taking pictures — photographers. I don’t think anyone really knew who I was. But I felt very violated and I didn’t like it or understand it, and that felt very weird, because I was a young girl and they were grown men. I didn’t like that feeling."

Unfortunately, paparazzi are just a fact of life for most celebrities, as scary as they can be and as much as an inconvenience (and sometimes danger) as they can pose. But when someone, Gomez or not, asks for their space, it should be granted to them, no questions asked. Of course, paparazzi are doing a job, making a living by selling photos of celebrities, but what's most important is everyone's safety.

Good for Gomez for standing up for herself in a situation where she was uncomfortable. It can't be easy to do, but if she's feeling scared — or even if she just needs a break from being followed — she's right to ask for what she needs, and paparazzi should be willing to respect that.