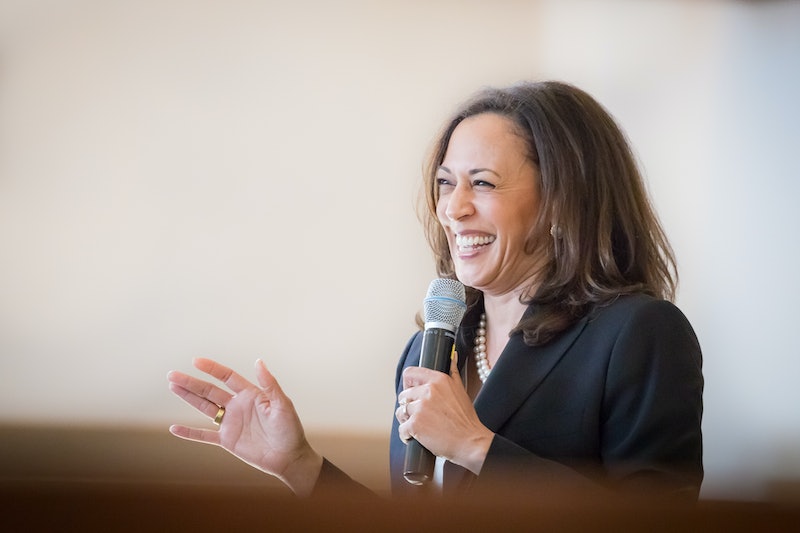 Today, July 31, we acknowledge "Equal Pay Day" for Black women in this country, a day that marks the number of days into the next year that Black women on average ​would need to work to earn the same amount their white male counterparts made in the year prior.

Black women make only 63 cents on average for every dollar a white man is paid. This may not seem like a significant difference, but 37 cents on each dollar earned adds up to a devastating economic disadvantage for Black women and their families. And, it's a larger disparity than the average American woman faces — 80 cents on the dollar.

Think of it like this. Imagine you were running a race. If you're a Black woman, you would start days​ behind many others. That's not fair.

Eight out of every 10 Black mothers are their family's breadwinner.

This isn't just about the individual woman. This is also about the families they support. Eight out of every 10 Black mothers are their family's breadwinner. For the average family, if the wage gap was closed, that family could afford 19 more months of mortgage payments, 43 more months of child care, or more than 11,600 additional gallons of gas.

This pay disparity is not a reality we should accept. We need to do more to combat the economic injustices that exist at the intersection of gender and race.

Well, we need pay transparency in our workplaces so more women have the ability to negotiate their salaries and fight pay discrimination.

We need to pass the Paycheck Fairness Act, a bill I've co-sponsored, which requires employers to show that pay differences are not due to gender, and cracks down on employers who break the rules or punish employees who seek to be paid equally.

But that isn't enough. We must address the disproportionate number of Black women who are stuck in low-paying jobs.

We need to prepare Black women and girls for good-paying jobs in growing fields. Right now, Black women are about 7 percent of the population, but make up just 2 percent of scientists and engineers. We need to fix that.

It's time to address the underlying issues in our education system that push Black girls out of the classroom and limit their education opportunities even before they reach college. It's time to pass laws that incentivize companies and schools to increase opportunities for technical training and mentoring in the STEM field. And, it's time to get creative.

The image of STEM jobs in the media has the potential to shape perceptions of that field. Let's work with the media and entertainment industry to raise awareness and pique interest in these jobs.

We also need to address the fact that a disproportionate number of Black women are working in minimum and subminimum wage jobs and are struggling just to make ends meet.

It's a fact that jobs in male-dominated fields tend to make more than jobs in fields dominated by women. This is a problem that plagues all skill levels, and it impacts Black women in particular. About 28 percent of employed Black women work in what are called "service occupations" — professions like nannies, caregivers, and house cleaners.

These jobs are undervalued. You may be surprised to learn that on average, a childcare provider is paid less than a janitor or a dog trainer. Not only are these women making less than comparable jobs in male-dominated fields, many of them are only making the federal minimum wage of $7.25. On top of that, these jobs often don't have important benefits like paid sick days. This should not be the case.

We need to raise the federal minimum wage. If we raised the minimum wage to $15 an hour, 4 million black women would see their incomes rise. At the same time, we also need to challenge the societal norms that devalue these jobs and the outdated policies that make having a job and caring for a family a near-impossible balancing act.

We've got work to do, so I'll leave you with a promise and a request. I promise to do all I can to advocate for these laws in the halls of our Capitol, and to seek out other ​solutions to these inequalities. My request of you is to make your voice heard on this issue. Talk to your representatives. Take a moment today to call or write and tell them these issues matter to you.

I believe together, we're a force that cannot be dismissed or written off to the sidelines and we can make real, meaningful progress toward addressing these economic injustices.

More like this
25 Inspiring Quotes From Black Women To Celebrate Black History Month
By Kyli Rodriguez-Cayro and JR Thorpe
24 History-Making Black Women You Probably Didn't Learn About In School
By Ayana Lage and JR Thorpe
This Is When Netflix Is Going To Start Charging You For Sharing Passwords
By Darshita Goyal
Twitter Has *A Lot* To Say About The "Single Penalty”
By Sam Ramsden
Get Even More From Bustle — Sign Up For The Newsletter
From hair trends to relationship advice, our daily newsletter has everything you need to sound like a person who’s on TikTok, even if you aren’t.