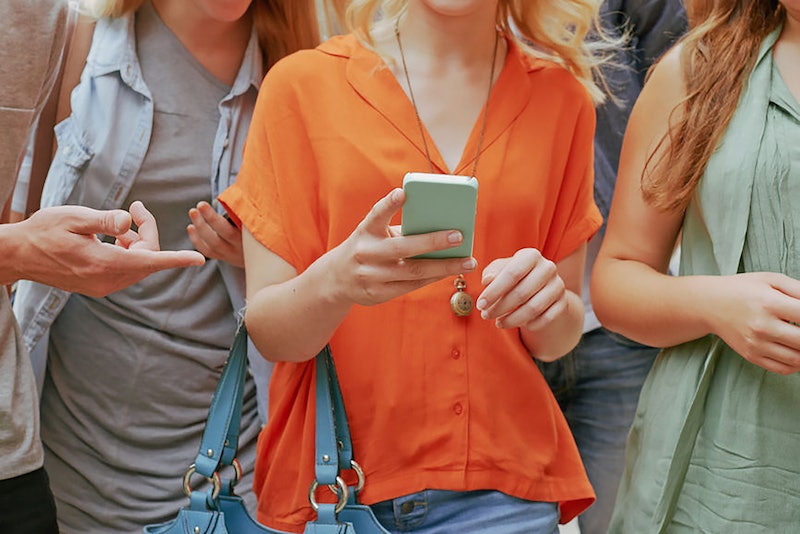 Unsolicited dick pics are the worst. Whether they're sent to you by a romantic interest, or airdropped onto your phone on public transport. If it comes as a non-consensual surprise, it's simply not ok. Working out a way to respond to unwanted pictures is tough and it can often feel like it falls to you to the individual to deal with and point out why it's wrong. However, this may be about to change. There could be soon be a law banning unsolicited dick pics. While it's great if women feel empowered to stick up for themselves, it's also important that the government does its bit to take the issue seriously and regulate online sexual harassment properly.

In the era of #MeToo, where conversations about consent have arguably never been more vocal and visible, it makes sense that it should extend to our DMs. This week, the Home Office has 10 commitments it will be focusing on, as well as £100 million in funding in order to protect women and girls against harassment and violence.

Speaking on the government website, Minister for Crime, Safeguarding and Vulnerability and Minister for Women Victoria Atkins said, “It is right that in the week of International Women’s Day, we keep looking at how we can build on the excellent work done so far.” She continued:

Following campaigns such as #MeToo and #TimesUp that have highlighted the sheer scale of incidents, we, as a society, must do all we can to tackle these horrendous crimes and attitudes.

Part of refreshing the Violence Against Women and Girls strategy will include focusing on “online flashing” which, let’s be honest, is just a fancy way of saying dick pics.

The Violence Against Women and Girls strategy defines “online flashing” as “a form of sexual harassment whereby individuals send out explicit sexual images without the consent of those receiving it, including through sharing files on public transport with strangers.” The government has yet to announce how they will deal with “online flashing,” but it's a good first step that they have committed to tackle the issue.

The reality is dick pics are in the best-case scenario annoying, and at their worst, they can be intimidating and scary. A recent study suggests that a lot of women have been affected by unsolicited explicit images.

The issue of unsolicited dick pics all comes down to consent. It's not OK for someone to flash you in public and most people wouldn’t dream of doing that. So why is it seen as more acceptable or amusing to effectively do the same thing? Sending explicit pictures to strangers or a love interest without them expressing any desire for it is simply not acceptable, and it's encouraging to see the government making a stand.