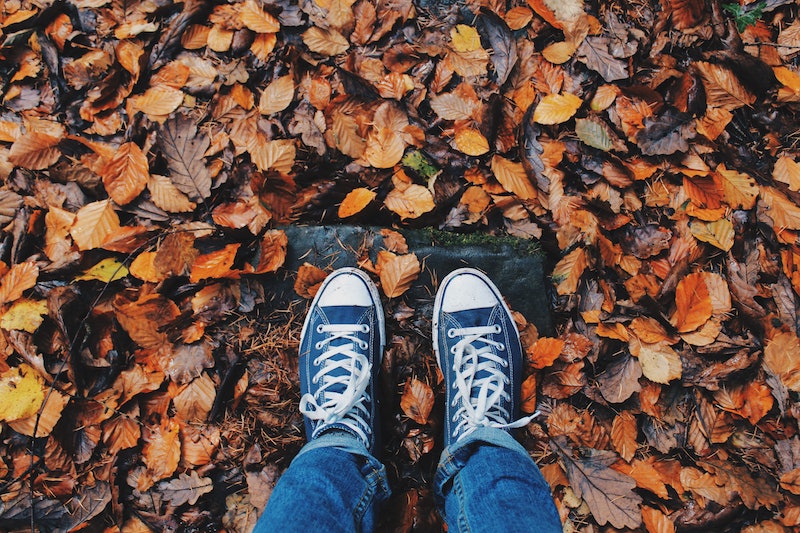 September is here, and with it comes the beginning of fall, the emergence of all things flannel, and apparently, for a lot of you out there, your birthday. Nine out of the top ten birthday dates in the U.S. are in September — so if you haven't had your birthday party yet, send out invites now before someone else beats you to it. But why exactly is September the most common birthday month?

According to Matt Stiles at the Daily Viz, who created a visualization of how common each birthday is based on data compiled by the website FiveThirtyEight on births from 1994 to 2014, holidays are an especially popular time for baby-making, because people have more time off. It makes sense therefore that so many babies would be born in September, because taking into consideration a normal gestation period (38ish weeks), it's likely most would have been conceived around Christmas or New Year's. (Apologies to those Virgos/Libras out there who didn't want to picture their parents getting riled up under some mistletoe)

Stiles also points out that while a lot of people get busy during the holidays, not a lot of people have babies around then. In fact, Christmas, New Year's, and Christmas Eve are the three least common birthdays, in part because some people make a choice not to have a child during the holidays — nobody wants their birthday to be overshadowed by other non-birthday celebrations.

Just how many Americans have September birthdays? Of those born between 1994 and 2014, there are approximately 342,300 (like I said, get those birthday invites out ASAP.) The median number of births per day is 11,000, and many September birthdays have over 12,000. September 9th, the most common birthday in the U.S., saw 12,301 births in the two decades studied.

The September phenomenon is not new either. In 2006, the New York Times reported on a study from Harvard which looked at births in the U.S. between 1973 and 1999, and found that September 16th was the most common birthdate for those years as well — making this phenomenon a four decade-long tradition.

While sharing your birthday month with a lot of people could be a good or a bad thing depending on who you are and how much undivided attention you enjoy, there could be some tangible benefits to being born in September. A recent study from the National Bureau of Economic Research found that being born in September could help a student be more successful, in the U.S. at least.

This is because the cut-off birthdate between most classes is September, which means students born in that month are often the oldest in their class each year. While an age gap of a few months may not sound like a big deal, as Priyanka Arbindi wrote for RealSimple.com, "a few months may make a big difference in where children are developmentally. This sets the oldest ones in the class or on the team up for early successes and additional attention from teachers and coaches, ultimately providing a leg up."

Plus, people born in September are either Virgos or Libras, both balanced, practical signs that often do well in school settings.

Arbindi pointed out that this success extends outside the classroom as well. She noted that in his book Outliers, author Malcolm Gladwell observed that forty percent of the most elite hockey players in Canada were born in the first three months of the year, right after the country's cut-off birthdate of January 1st.

So if you are a September baby, just ignore all of those images of your parents getting wild during the holidays, and enjoy the good company and success that comes with your birth month. Oh, and happy birthday.