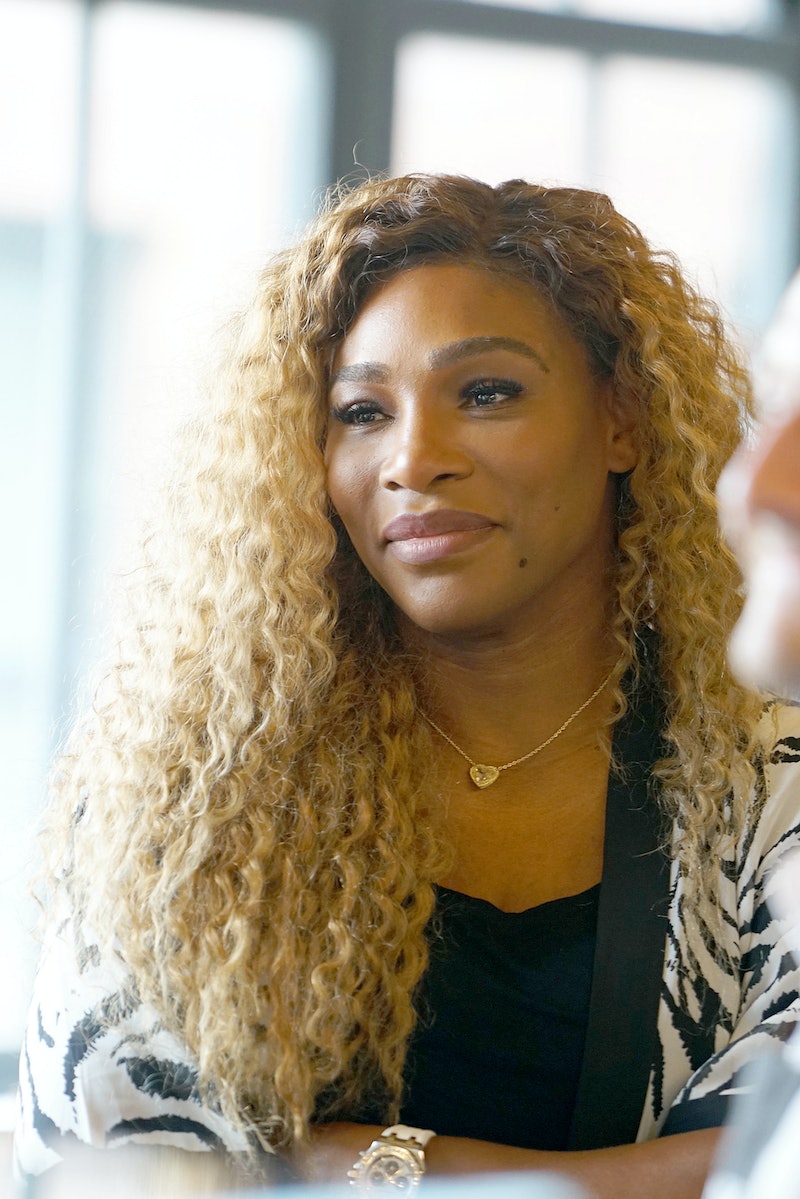 On the heels of her 24th season in professional tennis, 23-time Grand Slam champion Serena Williams is opening up about how a specific situation clarified for her what it means to stand up for other women. Ahead of National Domestic Violence Awareness Month, Williams is partnering for the third time with nonprofit Allstate Foundation Purple Purse to highlight survivors' stories of domestic violence, which almost always includes financial abuse. The topic hits close to home for Williams: she has a very close friend who was a victim of an abusive relationship.

Sitting down with Bustle, financial abuse expert Ellen Lisak, and two survivors of financial abuse Susan and Terera, whose stories will be shared in Purple Purse PSAs out on Sept. 26, Williams reveals that her friend's toxic relationship triggered important questions about how you balance being a supportive friend and speaking up.

"I didn't realize what a feminist was until my friend was going through this situation," Williams tells Bustle. "I thought it was really important for me to tell her, 'This is not a great situation to be in.'"

Williams acknowledges that being there for someone in tricky and sometimes dangerous circumstances can often feel like "walking on eggshells." If you offend her, you risk losing the friendship, and your friend losing what may be one of her only sources of support. "It's difficult to say those messages without your friend cutting the strings, and then she's really left alone," she says. But not saying anything wasn't an option for the tennis star. "I need to speak up. I need to be loud. I need you to hear me."

Things have improved for Williams' friend, but the road to get there wasn't easy. "When she was in this relationship, she just became a shell of a human being — just going through motions and not really living life." According to Williams, her friend has since left the abusive partner. "Now she's kind of coming out of the fog," Williams says. "She's a different person."

The Allstate Foundation Purple Purse's new campaign, “Know Financial Abuse. No Domestic Violence,” for which Williams is the ambassador, aims to bring public awareness to the difficult-to-see signs of financial abuse and domestic violence while encouraging prevention and education to the issue. According to Lisak and Allstate Foundation Purple Purse, one in four women will experience domestic violence in her lifetime. Combined with the fact that 99% of the time financial abuse is present in those situations, the staggering prevalence motivated Williams, alongside survivors and Purple Purse, to expose the warning signs of financial abuse and educate others in hopes of preventing situations similar to those Williams watched her friend endure. Now, Williams says, "It's the friend that I remember."