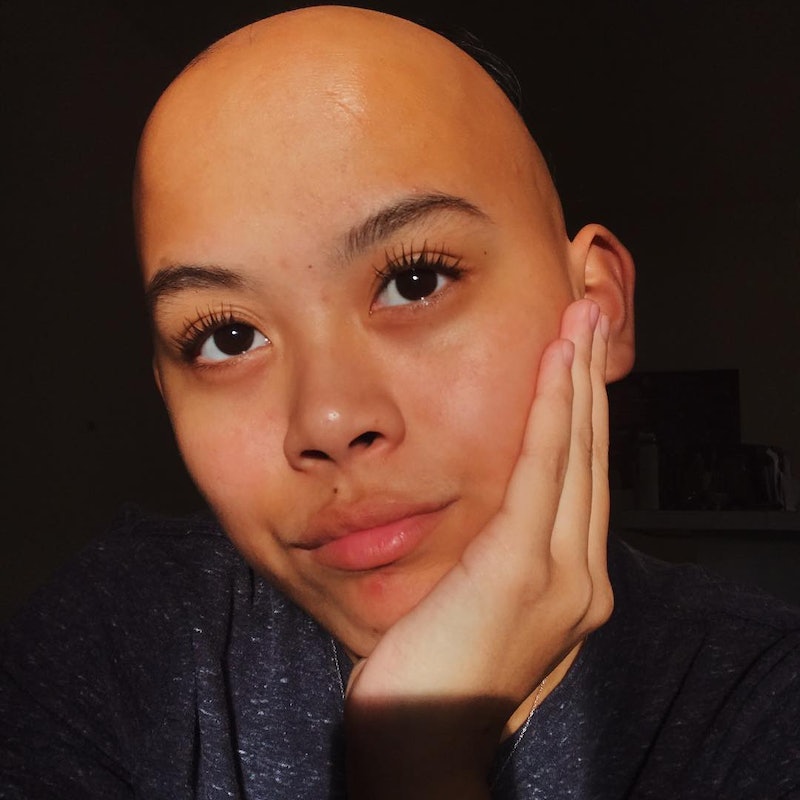 Shalice Ader is not your typical teenager. For one, she's internet famous — collectively, the 19-year-old Hawaii native has over 61,000 followers across YouTube, Instagram, and Twitter. Ader also has alopecia, a hair loss condition she was diagnosed with when she was just one year old. For much of her childhood, Ader majorly struggled with insecurities, donning hats and wigs to hide her baldness. But instead of trying to mask her alopecia, Ader did the complete opposite — she began to share her journey on social media, creating a YouTube channel where she documents her daily life in hopes of inspiring others.

"I don't like to see people sad, and that's why I want to make videos, because I want people to be happy and live life," Ader says to her followers in one of her YouTube vlogs about being bullied.

One glance at her comments and it's clear that she is doing exactly what she has set out to do. In one Instagram post, Ader shared an email she received from a follower who was also diagnosed with alopecia. "Your posts have taught me that I am beautiful even if I don't have hair," the email said. Another commenter shared a similar sentiment, saying that Ader's Instagram accounts have helped boost her self-confidence.

"Sometimes I feel like I'm not worth it, because I'm not like other pretty girls out there that have long beautiful hair — natural hair, not like wigs, I hate wigs... [but] I'm trying to deal with it and make it a positive... and keep on succeeding to try and show that I could be strong," said Ader.

Below, Ader shares where she finds her inspiration, what she hopes to be remembered for, and what it means to be an influencer in her own words.