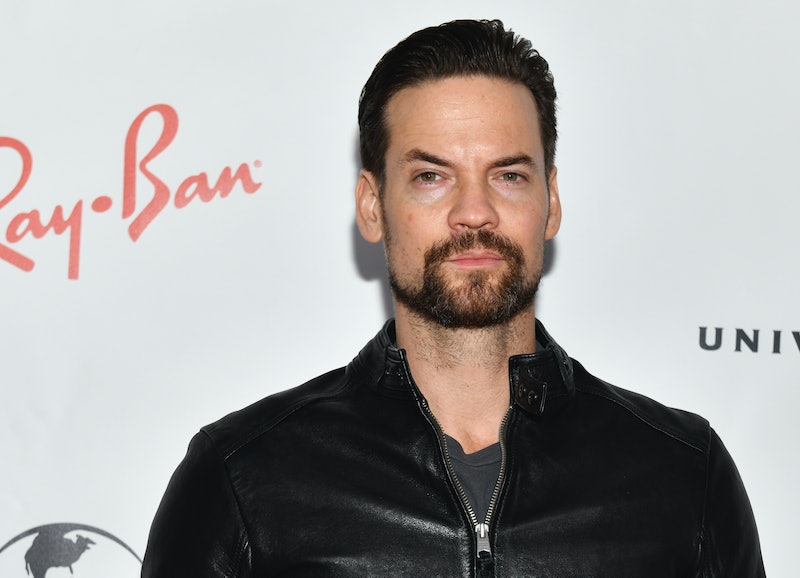 Coincidentally just a few days after the news broke about the series' upcoming ending, Shane West said he's open to a This Is Us cameo. While the actor revealed he's totally down to join the NBC drama and reunite on screen with his A Walk to Remember co-star Mandy Moore, there would be one condition. And just like that, it's 2002 all over again.

In a recent interview with Entertainment Tonight, the Gotham actor revealed he was up to date on the recent news that This Is Us would be ending about three seasons from now. But as for West, he told ET that all it would take for accept a guest role on the series before its inevitable end is a substantial reason for his character to come into the mix. As much as he'd love to reunite with Moore (probably as much as fans would love watching), that is the hook.

"Look, I feel like... it would have to be the right way to do it," West said. "I'm 100 percent interested, we've talked about it that we'd be interested," he continued, presumably referring to himself and Moore. "You'd want it to be something special. Not just a pop in. Something that goes somewhere."

He'd be in good company. West also talked about going way back with This Is Us star and Moore's on-screen husband Milo Ventimiglia. "Milo's an old friend of mine," West revealed to ET. "He and I started around the same time, so I'm very happy for him as well. He's a great guy."

The writers would have to create an organic place for him in the series since it seems they've already mapped out most of what's ahead. “I would hope that it’s elegant,” This is Us showrunner Isaac Aptaker revealed about the finale in a Feb. 7 Deadline interview. "I would hope... people think it’s a really satisfying end place, that makes sense, and it feels like they’ve watched something that is a complete piece of work because that’s really how we’re trying to plan it. We’ve had this end in mind for a long time."

In the meantime, West had a great time reminiscing with ET about working with Moore in A Walk to Remember, the 2002 drama based on the Nicholas Sparks book of the same name. "We were so different. She was literally coming from a pop star background, I was trying to do Blink 182-style music and listened to The Clash and things like that," West explained about their first time meeting on set. "We were just so polar opposites that it kind of worked, like the movie."

During his time on ET, West looked back at 2002 interviews he and Moore took part in upon release of the film, mostly recalling their awkward first kiss. "I made sure to tell her that I wasn't going to do anything that was gonna make her feel weird," he said at the time. "We practiced kissing before we ever filmed anything so that we wouldn't have some of the awkwardness stuff."

A young Mandy Moore added in a 2002 interview, "You have to kiss this person you don't know very well and don't even have a friendship with yet so that's always awkward... but besides that, it's OK, it's not bad to kiss a cute boy I guess." While it's unlikely West's potential This Is Us character would be a love interest for Moore's Rebecca, at least they'd have the kissing part down just in case.