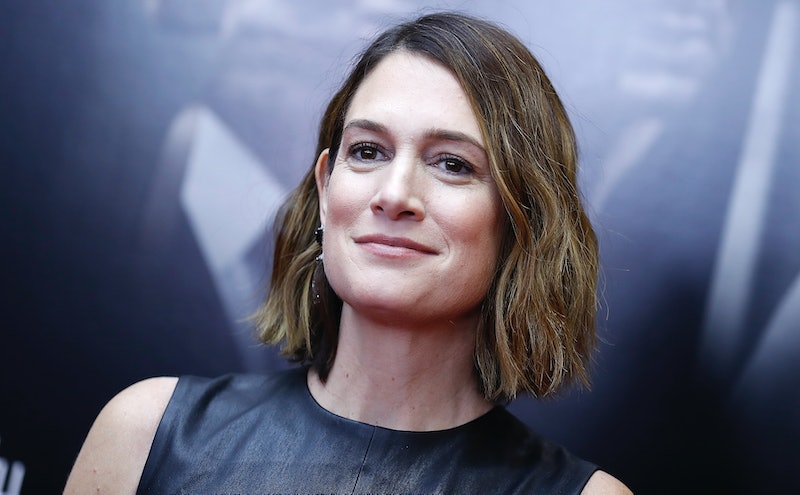 While its arrival has been delayed for nearly four years, it's better late than never. Sharp Objects author and exec producer Gillian Flynn's new series Utopia is finally getting the go on Amazon and it's a perfect time for the thriller to come to the small screen in this reinterpretation. Fans may be feeling the void of Sharp Objects now that the limited series ran its course on HBO. But luckily, like the acclaimed series, Utopia promises tons of mind-bending thrills and a kick-butt leading lady at the forefront.

On Jan. 29, Vulture reported that Flynn signed an overall development deal with Amazon. The first project the studio will move forward with is Utopia, with a nine-episode first season, based on the British series of the same name (which premiered in 2013). According to The Hollywood Reporter, Flynn will be credited as the creator of the show, as she'll serve as show runner and executive producer. Flynn is no stranger to these roles — in addition to writing the novel Sharp Objcts, Flynn wrote and co-wrote three episodes of the series and served as an executive producer. Audiences can anticipate the tone of the new series since another Utopia executive producer will be Flynn's Sharp Objects collaborator Jessica Rhoades.

With the recent success of thrilling dramas like Black Mirror, You, and Stranger Things, it's about time the Gone Girl author's upcoming new series has found its home.

From the premise described by THR, Utopia seems like it has elements of many hit thrillers (like some previously mentioned) that audiences have been recently addicted to. It's described as such:

"[Utopia] revolves around a group of young adults who meet online and are mercilessly hunted by a shadowy deep state organization. After they come in to possession of a near mythical cult underground graphic novel, they discover the conspiracy theories in the comic's pages may actually be real and are forced into the dangerous, unique and ironic position of saving the world."

Further, American Honey breakout star Sasha Lane will star in Utopia, which was revealed by THR on Jan. 29. Lane will play the role of Jessica Hyde, a "tough and feral" woman who's been on the run from a threatening and mysterious group. She believes the sought-after graphic novel at the crux of the story has the answers to her life's complexities.

In a statement provided by THR, Flynn expressed her enthusiasm to have Lane on board. "As I’ve been writing Utopia and trying to imagine the actor who could possibly embody Jessica Hyde, Sasha Lane has constantly kicked her way into my mind," the writer said. "She has the shapeshifting ability to feel at once raw, unpredictable and a little unnerving while also making you want to wrap your arms around her.”

Getting Utopia the green light has been a bit of a process. In 2014, THR reported that the remake of the British conspiracy thriller would be made by HBO. Flynn was set to reunite with David Fincher, Gone Girl director, as he would direct and produce the project. However, it was later reported by THR in spring 2018 that Utopia moved from HBO to Amazon, with Fincher no longer attached. But given the few details fans have already, it seems like it'll be a show that's worth the wait.