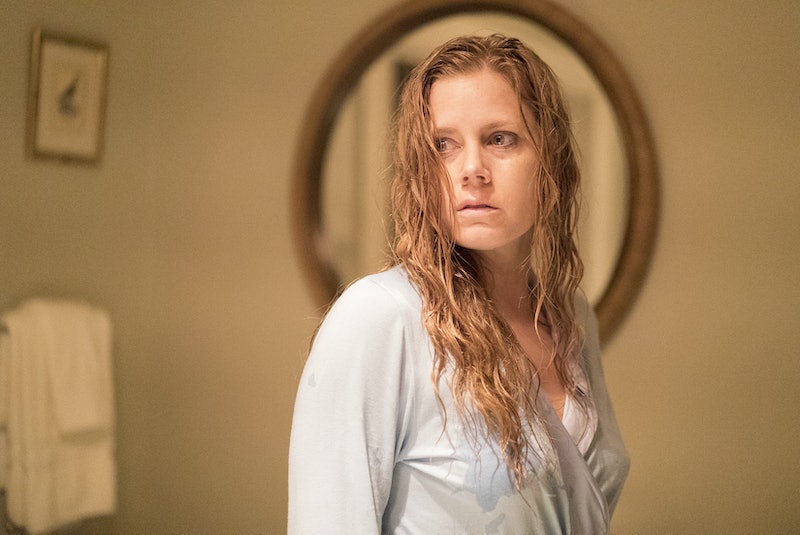 HBO's Sharp Objects thriller series turned out to be one of the most talked about shows of 2018, which has made its future all the more worrisome for fans, especially given that the network has yet to pick it up for a second season. However, it's looking more and more likely that Sharp Objects Season 2 won't happen after all, based on the latest comments given by HBO's president of programming Casey Bloys, who very much doubts the project will be granted with a second installment.

"They haven't come to us with anything, and my suspicion is one season was right for that show," Bloys explained during a recent interview with Deadline. "I can't imagine getting everybody back." Bloys then went on to list two very specific reasons why he thinks a second season is highly unlikely at this point. "The hard thing about these things that are one season is trying to get everybody back together, but also, it feels like the one season was the right thing for that show," he added. "It was the right ending, so I think that's probably where it will stay."

So while that in and of itself doesn't officially confirm that Sharp Objects won't be back, these remarks suggest that the odds aren't looking good, to say the very least.

Prior to this latest update, there appeared to be a glimmer of hope on the subject. Back in March, showrunner Marti Noxon hinted that she and Gillian Flynn, who wrote the book upon which the series is based, believe there could be more story to tell. "Maybe there will be a sequel and we'll get to find out," Noxon said at the time, as per The Hollywood Reporter. "Gillian [Flynn] and I have some thoughts on it."

At the same time, though, she also shared Bloys concerns in regards to getting the whole cast back together again. After the finale aired in August of 2018, she admitted to The Hollywood Reporter that, logistically speaking, having a second season would make for a big ask given the big names attached to the project. "It's off the table in terms of, people are going on to their next projects, and it was a pretty hard A-team to assemble," she told THR at the time. "It's not hard to imagine from a story standpoint, because obviously we love these characters, but from a technical standpoint, it seems like a long shot."

When you put all these comments together, the future of the show feels pretty grim (a valid reflection of the show itself, in a way). But logically the reasoning behind it makes a lot of sense. This was originally meant to serve as a standalone season, and while other shows with that same intention have gone on to expand beyond the source material (looking at you, Big Little Lies), Sharp Objects may not be given the same type of treatment.

Perhaps one day Noxon and Flynn will create some sort of spinoff centered around Amy Adams' character Camille. But for the time being, consider this series officially wrapped.